Leftist professors took to Twitter to condemn the potential appointment of Republican Ben Sasse as the next University of Florida president.

Opposition to Sasse’s nomination did not just come from inside UF.

In response to the University of Florida’s (UF) Search Committee’s decision to recommend Republican Senator Ben Sasse as the next university President, leftist professors took to Twitter to condemn the decision.

Arina Pismenny, an assistant instructional professor of philosophy at UF, retweeted an image of a student protest. She added a caption stating that Ben Sasse “does not represent (UF’s) values” and that “(o)ur community does (not) want him.”

I love our @UF students! Ben Sasse does not represent our values! Our community does nor want him. #NoSasse https://t.co/AoYHZTGhyB

Stephen Mulkey, a lecturer on the topics of sustainability science, climate science, and environmental politics, tweeted a thread criticizing Sasse’s nomination. Mulkey stated that “(Sasse’s) previous political track record cannot be separated from expectations of his performance as president” and wondered “(d)id the search otherwise fail? Who were the other applicants and what was their track record?”

Thoughts on Sasse as "candidate" for UF Pres: (1) The search committee is enamored. It should be explicit about why. (2) Statements about innovation and transformation are facile..... more in thread -

Opposition to Sasse’s nomination did not just come from inside UF.

Johanna Mellis, an assistant professor in the history department of Ursinus College in Pennsylvania, took to Twitter to laud students for “trolling... the Q&A box” for Sasse’s forum.

Erik Loomis, a professor in the history department and a director of graduate studies at the University of Rhode Island, retweeted a Washington Post article titled “Sen. Ben Sasse named sole finalist for University of Florida presidency.

The idea of Ben Sasse as my college president is the reason I am so glad I teach at a university with a strong union. https://t.co/ppWm7eb08H

Janet Frick, a professor in the behavioral and brain sciences program at the University of Georgia, retweeted screenshots of Sasse’s dissertation abstract, adding the caption “I think we need to talk about Dr. Ben Sasse’s 2004 dissertation a bit” coupled with two concerned looking emojis.

I think we need to talk about Dr. Ben Sasse’s 2004 dissertation a bit 😬 🤔 https://t.co/ecECPEQBmV

Campus Reform has reached out to all individuals and organizations mentioned for comment and will update accordingly. 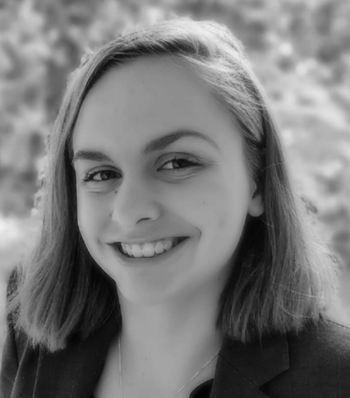 Marya Ruth Dunning is a sophomore at Virginia Tech in Blacksburg, Virginia and is double-majoring in criminology and psychology with a minor in Spanish. She is currently a Program Coordinator for Impact, a data analytics-based living-learning community, as well as being active in Turning Point USA, Network of Enlightened Women, Students for Life, and The Podcast Crew. Marya is passionate about freedom of speech, supporting law enforceme...