Many of the messages advertised local pregnancy resources.

On Oct. 18, Students for Life (SFLA) chapters across the country chalked the sidewalks of college campuses with pro-life messages and art to recognize National Pro-Life Chalk Day.

In response, pro-abortion students vandalized, erased, and smeared the artwork in protest. Below are incidents of pro-abortion vandalism from the 2022 event.

Campus Reform obtained photos of the artwork, which featured a woman holding up a child in a border of flowers. The chapter advertised standingwithyou.org, a resource for pregnant women on campus.

“So much for being 'accepting' towards everyone right?,” the chapter wrote on Instagram. 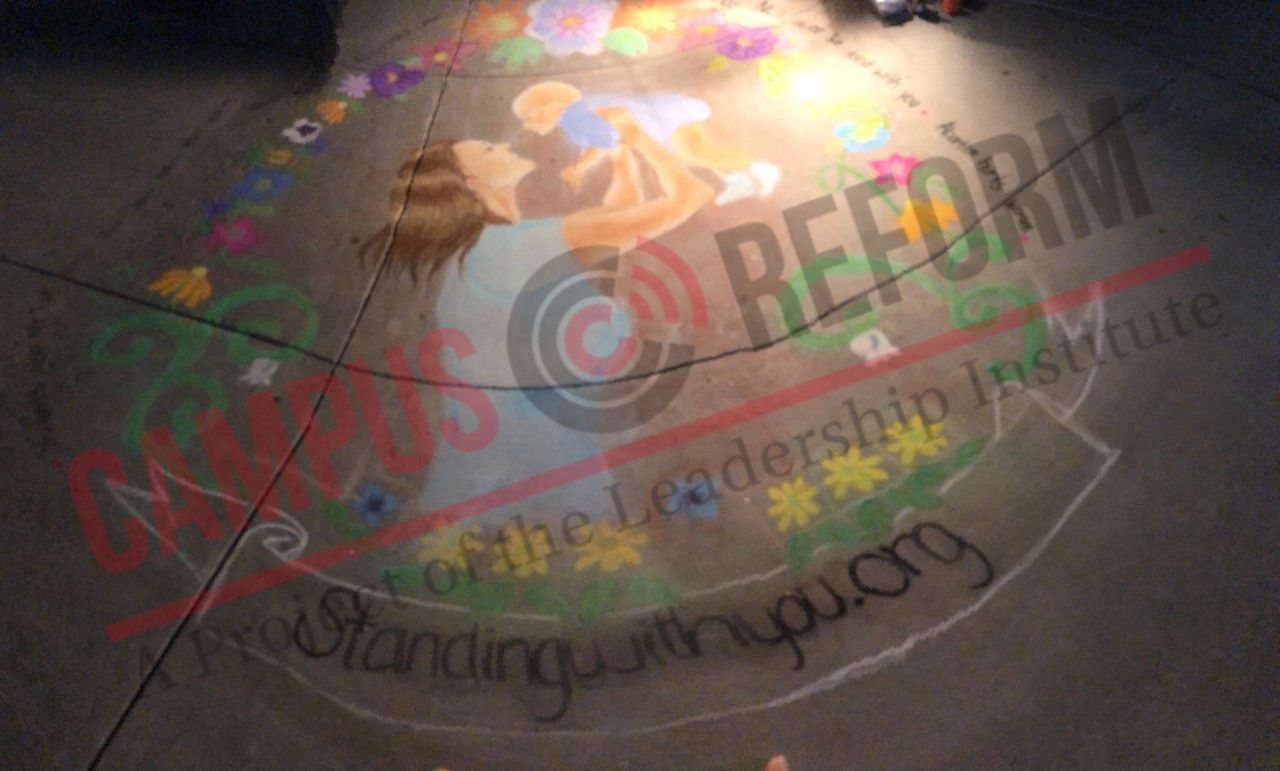 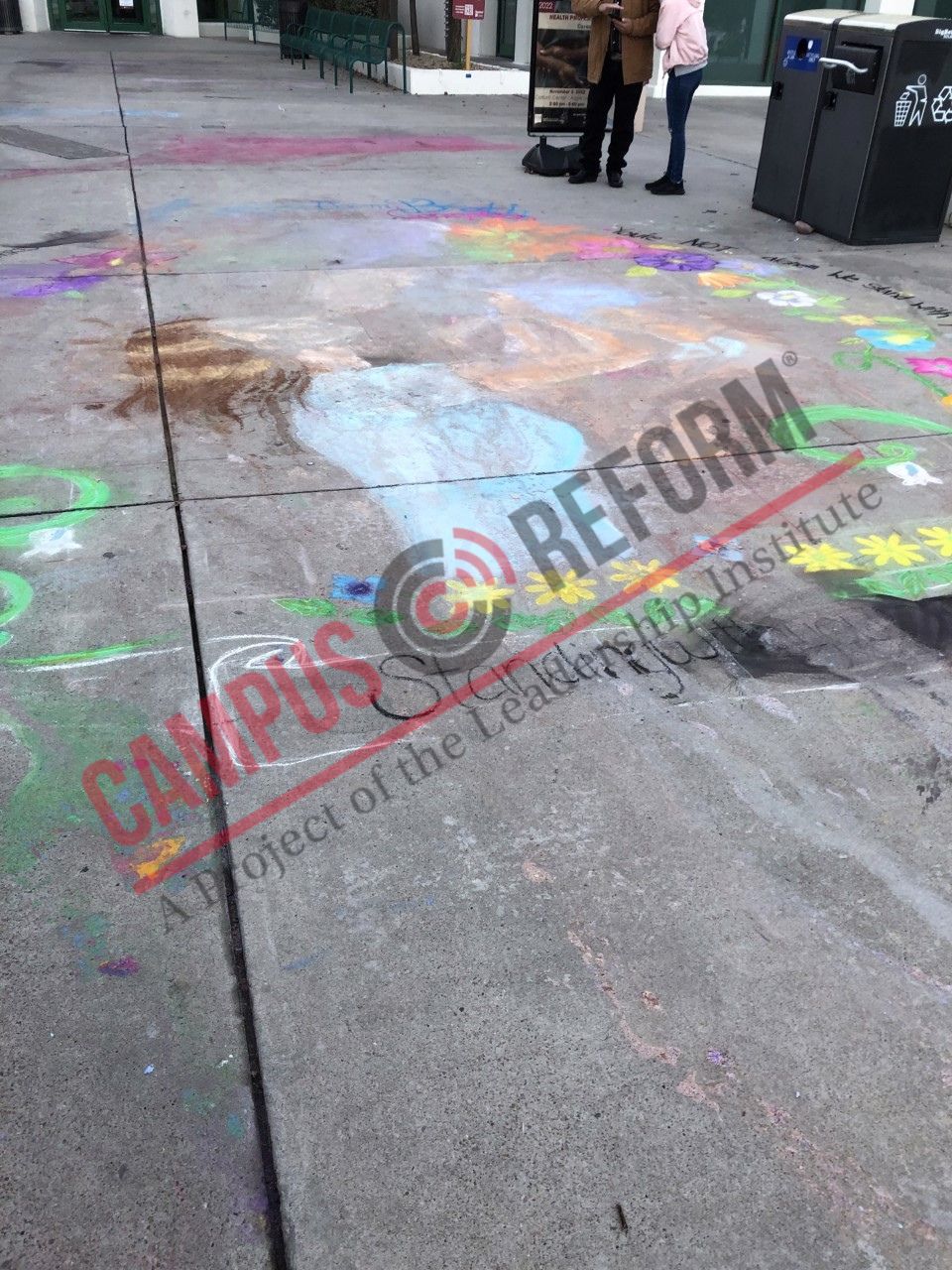 A photo of the changed message was obtained by SFLA.

Other messages included “protection begins at conception,” “save a generation, be pro-life,” and “abortion stops a beating heart,” according to the SFLA chapter’s Instagram.

The website was scribbled out and replaced with “contact Planned Parenthood,” a photo obtained by SFLA shows.

Abortion Free Cities in Chapel Hill community organizer Chelsea Smith told Campus Reform that the messages were “to show a pro-life presence on campuses, where pregnancy is often not talked about.”

This year, the SFLA chapter is focusing on directing students to standingwithyou.org “so that they know of the resources near them,” Smith said.

“We hope that the right people saw our messages before they were vandalized,” Smith said. “We also hope that the contrast shows others that the pro-life movement is truly the one of love, compassion, and care.”

Director of Media Relations and Internal Communication Luc Hatlestad told Campus Reform the “administration is aware of [the] incident and is currently discussing how best to address it.”

Campus Reform contacted every organization listed for comment. This article will be updated accordingly.

Georgia Lucas is pursing a degree in nursing at Sandhills Community College. She is the president of Sandhills Students for Life, a field representative for the Susan B. Anthony List, and a campus ambassador for the Leadership Institute.