Professors joined together to discuss 'abolitionist feminism' and dismantling the whole justice system.

One panelist questioned the concepts of 'guilt' and 'innocence.'

On Oct. 26, Columbia University’s Barnard Center for Research on Women (BCRW) hosted a panel discussion about “abolitionist feminism.” This form of feminism, according to the book “Abolition Feminisms,” advocates for “a literal end to all punitive systems, including militarism, prisons, policing” and other measures.

Campus Reform obtained exclusive screenshots and quotes from the event. 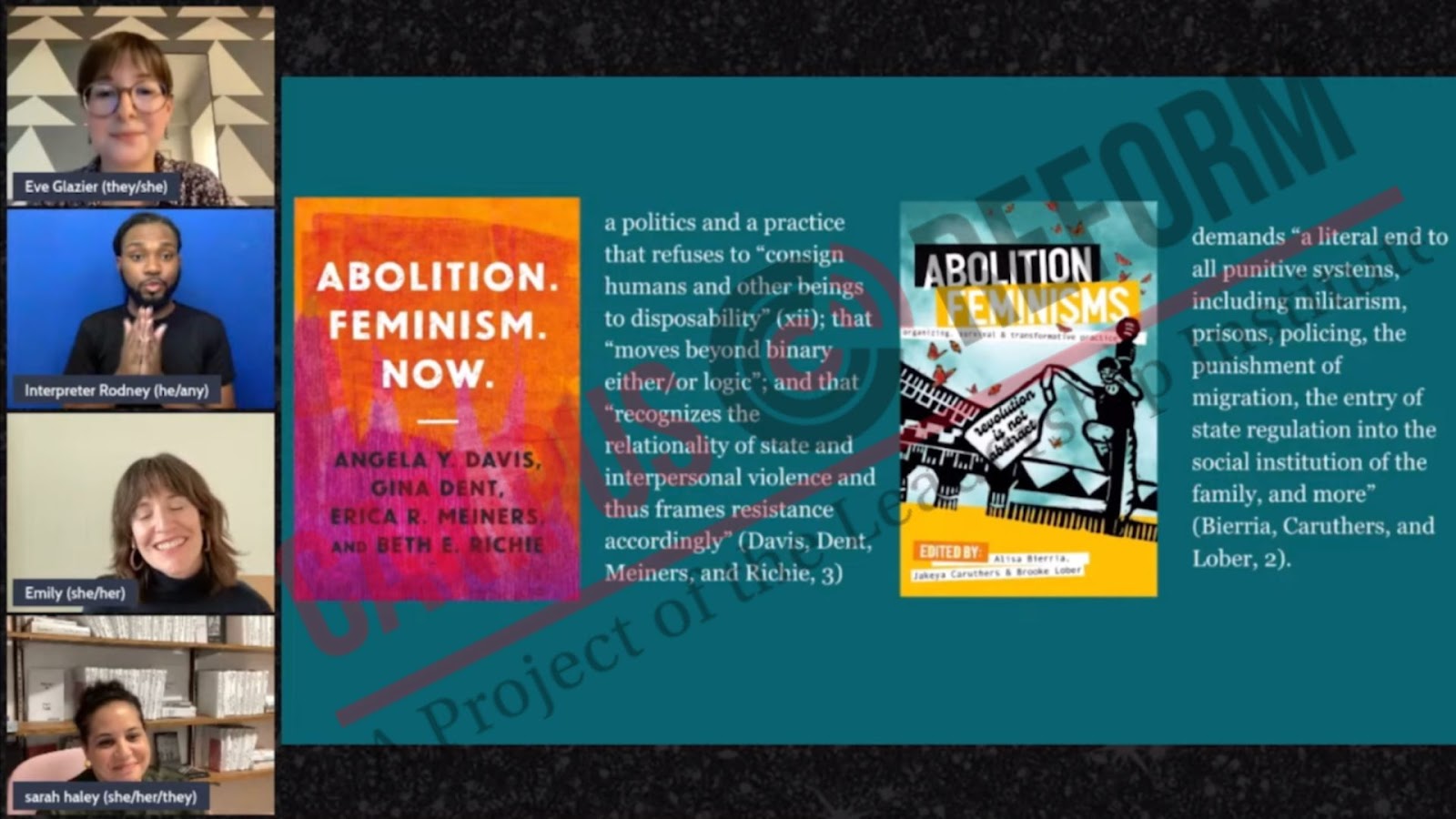 The panel discussed topics related to gender and the “prison abolition” movement, tying in abolition feminism to race, gender, and sexuality.

At one point in the discussion, Thuma said that “abolition not only involves this literal end [of prisons], but as Ruth Wilson Gilmore teaches us, it's also about building what she calls ‘life affirming institutions,’ which means especially rewiring our understanding of justice.” 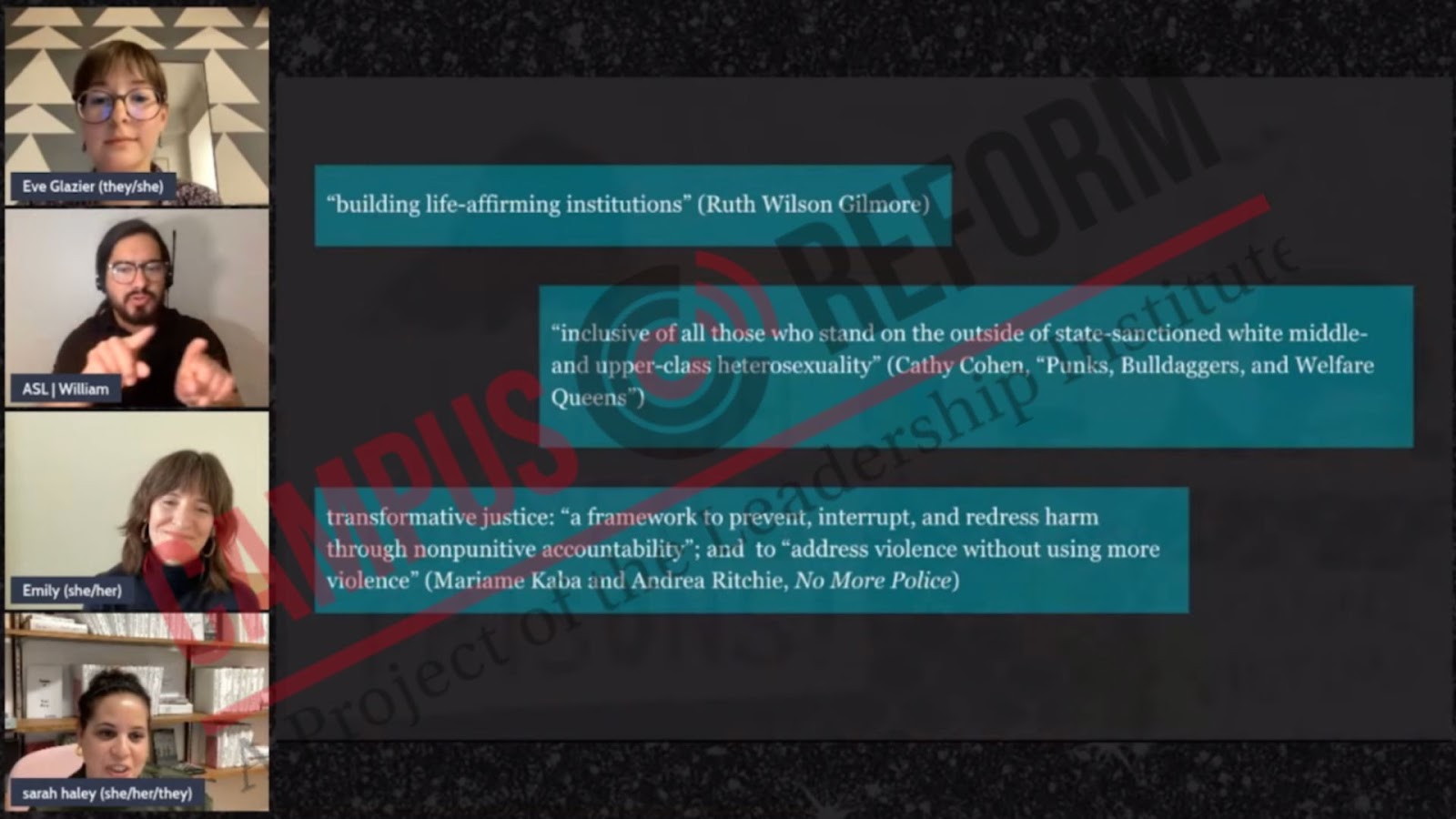 Proceeding to question the objectivity and distinctness of the concepts of “guilt” and “innocence,” Haley asserted “I think [of] the abolitionist conceptions of guilt and innocence as not being oppositional, as being socially constructed. Those are deeply feminist theories.”

In the event description, the question is asked, “What are the implications of holding collections of materials documenting anti-carceral struggles within universities like Columbia, which are deeply invested in maintaining systems of carcerality and fueling carceral expansion in their surrounding neighborhoods?”

“This panel brings together scholar-activists who have gone against the grain of the carceral archive to construct historical accounts that deepen genealogies of anti-carceral organizing and propel today’s abolitionist feminist movements forward. Through grappling with these questions, we’ll begin to imagine the possibilities (or impossibilities) of an abolitionist feminist archive,” it concludes.

All parties mentioned have been contacted, this story will be updated accordingly.