The musical 'reimagines Judas Iscariot as a queer Asian American high school senior who falls in love with Jesus, betrays him, and learns to take control of his own narrative.'

Producer of the play, Sophie Kim, described the musical to The Harvard Crimson as a ‘heretical gaysian love story.'

Harvard University’s Agassiz Theater put on a musical titled ‘Iscariot’ that portrays Judas Iscariot as a gay individual who falls in love with Jesus.

The musical “reimagines Judas Iscariot as a queer Asian American high school senior who falls in love with Jesus, betrays him, and learns to take control of his own narrative,” The Harvard Crimson wrote.

In search for cast members, a post on its page shared a meme of Jesus, saying he was having “his gay awakening.” 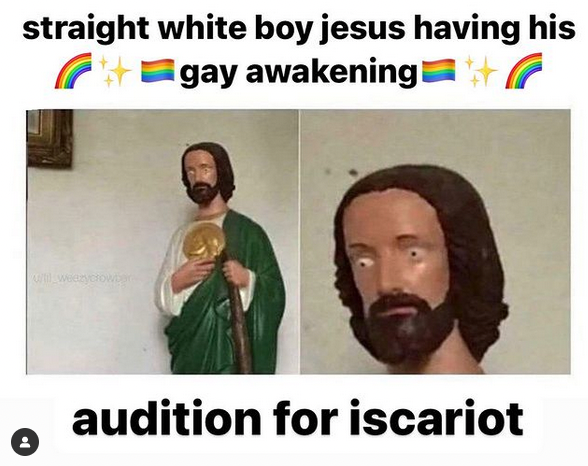 On the musical’s opening night, another  post  read, “don’t miss out on a story about messy gays, Asian American identity, heresy, and hope.”

Additionally, in a trailer for the show one person describes the musical as “about friendship and romance.” Another says the show is “mainly about finding yourself."

Producer of the play, Sophie Kim, described the musical to The Harvard Crimson as a ‘heretical gaysian love story,’ and on her website as a “new interpretation of the Bible canon, and a commentary on race, class, and celebrity culture.”

In response to a request for comment, a cast member told The Harvard Crimson, “The message of the show is not that religion sucks, or that God isn't real, or Jesus isn't real. We're not saying any of that. It is merely just a retelling of a work of literary merit.”

Campus Reform contacted Harvard University and Sophie Kim for comment. This article will be updated accordingly.

Alexia Bianchi is a Law student at Florida State University's College of Law. Alexia is working towards a career in politics.