CMU is planning on including the game in future small group discussions.

The game comes with a trigger warning and a trigger button.

The player takes the role of a bystander in a narrative that moves through several scenarios, including catcalling, unwanted touching, and aggressive behavior.

Trending
1
Law professor wants colleges to help students get abortions in post-Roe America
By Kate Anderson
2
Universities silent on moving tampons out of men's bathrooms during nationwide shortage
By Kate Anderson
3
Lawmakers come to Iowa student's defense after he stands up for conservative beliefs
By Kyle Reynolds  '23
4
University fails to impose DEI requirements
By Alexia Bianchi  '22
5
EXCLUSIVE: Students' organization name denied in May based on April rules, conservative…
By Terrance Kible  '24
6
Fat studies is the field that teaches students to view obesity as 'oppression'
By Abigail Streetman  '22
Mariana Barillas | Booker and Planning Editor, EWTN News Nightly
Thursday, May 28, 2015 12:01 PM

“Decisions That Matter” was produced by a team of master’s students as part of a class offered at the Entertainment Technology Center, which is part of Carnegie Mellon University. With a graphic design imitating a comic book, players take on the role of a bystander within the story. Stephanie Fawaz, a co-producer of the website, said that the game was originally designed with the intention that it be used as a “pre-orientation activity that incoming students would take before arriving at the school” and that “the students would participate in a facilitated discussion in small groups of their experiences.”

Jess Klein, Coordinator of Gender Programs and Sexual Violence Prevention at the university, said she was planning on including the game in future small group discussions.

“Small-group discussions are also a way for peers to educate their peers and hold them accountable for their thoughts or actions,” said Klein.

The game begins with a group of friends meeting at a restaurant before attending an alcohol-fueled dance party. Players are given a several options per scenario to respond to various forms of sexual assault including catcalling, unwanted touching, and aggressive behavior.

“Yo ladies! Those are some pretty smiles! My friends are looking for some hot dates to hang with tonight. And I wouldn’t mind seeing what’s underneath those coats,” says a male stranger to some female characters within the game. If one chooses not to respond, a male character interferes and chastises the man for his remarks.

The loading screen includes a trigger warning stating that “[t]he scenarios in this experience can be difficult or upsetting. At any point, you can exit the experience using the trigger button in the upper left corner of your screen.” When the button is clicked, contact information to a number of resources that are “available whenever you would like to talk to someone” is provided.

“Because this might be a mandatory activity at CMU, we very much wanted to provide resources for people [who] would be triggered by the content while simultaneously having a way of exiting the program that we could keep track of in the backend, rather than mistake them for a student who just didn't do the activity out of truancy. This also helps validates people who are emotionally triggered, telling them that it's okay for them to have a negative emotional reaction to the portrayed incidents,” said Stephanie Fawaz, a co-producer for the game.

The game uses slang in an attempt to make the scenarios more realistic and includes a number of profanities. There is no language warning for the game.

“Since the original application was locked for just CMU students and faculty, we hadn't considered adding a content warning other that the emotional triggers. Now that it is publicly available, it may now be the case that a content warning might be appropriate, or a suggested age range, said Fawaz.

The story primarily follows the ambiguous relationship between two characters, Natalie and Luke. The game ends in one of two ways, with the apparent rape of Natalie or its prevention based on the action or inaction of the game player. The characters later come to life as live actors played by students speak directly to the player about their experience.

“I liked the flirting and kissing but I didn’t want it to go farther. I didn’t want sex, you know?” says Natalie, while Luke says he keeps “playing last night through my head” and expresses confusion that she is not responding to his calls as “she seemed really into it” at the time. If the player successfully interferes, both characters say they are thankful that someone was looking out for both of them.

Klein said that though she and those who worked on the game know that it is “incredibly heteronormative,” she said that this is something that “can be addressed in small groups.” She added that the creators were working within a limited timeframe and that they intended to create something “they felt would most likely represent the largest group of people.”

“We could replace any of the characters in the simulation with people from other social identities and talk about what it’s like for them to come forward after being sexually assaulted,” said Klein.

“We decided that we really wanted to do just a few scenes very well rather than dilute our efforts over our limited time, so we went with the most statistically prevalent sexual assault scenario for the ‘climax’ of our application: male on female, peer on peer, acquaintance assault,” but added that the creators made an “effort to make sure that the situations were all gender neutral for the player character because it was important for us that guests of any gender or sexual orientation had a valuable and educational experience going through the application.”

Klein said that that “we cannot ignore that sexual and domestic violence are both forms of gender-based violence,” with most perpetrators being male and survivors being female.

“This does not at all imply that men are the problem—we are all the problem and we are all the solution. However, there is something to be said about the role that masculinity plays in the perpetration of sexual and domestic violence,” said Klein.

Klein said she hoped to see “a simulation with people from all different social identities and I definitely think that is something that can happen.”

Fawaz said that the response has been “overwhelmingly positive” with students “saying that it was one of the best sexual assault-related applications they've done” and “faculty [are] really excited about the kind of educational effect it could have.” 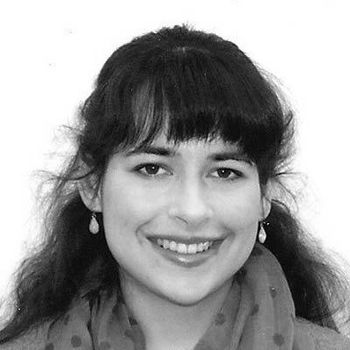 Mariana Barillas is with EWTN News Nightly. Previously, she was a News Producer at Sinclair Broadcast Group's The National Desk. Prior to joining Sinclair, Marana was a Michigan Correspondent, reporting liberal bias and abuse on college campuses for Campus Reform.