A new Stanford group which claims to be committed to improving faculty diversity has called for boycotts of Wells Fargo and the classification of ‘microaggressions’ as faculty hate speech.

This Friday, Who’s Teaching Us? (WTU) had planned to launch its platform of ‘demands’ to the student body at a large public event. However, the Stanford Review, a conservative student-run newspaper, was able to obtain a leaked draft of the group’s platform, and published it Sunday. WTU hastily published its own list of demands.

One prominent demand was a call to ban the current branch of Wells Fargo—the only commercial bank on campus—from operating at Stanford, because Wells Fargo discriminates against “Black and brown neighborhoods." Their evidence for this constituted allegations of the coercion of African-Americans into mortgages in 2009, which Wells Fargo settled, and claims that Wells Fargo is invested in private prisons, an accusation the bank contested in an email to The Fountain Hopper, an anonymous email publication at the school.

Another demand is to “rework” Stanford’s Acts of Intolerance protocol—currently reserved for punishing hate speech by faculty—to accommodate microaggressions. Students who perceive faculty members’ comments as hurtful would, under WTU’s policy, have the right confidentially to report their faculty, and see them punished with suspension or even expulsion. WTU does not provide a definition of what might constitute a microaggression, but does demand that faculty take “cultural humility training” by the end of this academic year to prepare them.

WTU also calls for the school’s next president and provost to “break both the legacy of white leadership and cisgender male leadership." This is a toned-down version of their original request that both positions be filled by “non-male people of color."

WTU also requests that administrators managing overseas study programs create more programs in “non-Western” countries, although there are already eight programs available in Asia, South America and Africa, and only six in Europe and Australasia.

Finally, WTU calls for divestment from private prisons, though their members also strongly considered demanding divestment from Israel once again, after failing to convince the president of their case last year.

In terms of personnel, WTU demands ten more ethnic studies professors, public data on faculty diversity (including evidence on how many Asian professors are “American” and the “differentiating ethnicities of professors within the Asian American Pacific Islander diaspora”), double the number of humanities and sciences faculty of color.

Many of WTU’s core members were strongly opposed to Stanford’s student initiative to reinstate a Western Civilization requirement on campus. Their alternative is to change Stanford’s diversity requirement to “only include classes that address diversity as it relates to issues of power, privilege, and systems of oppression.”

The group also proposes reforming Structured Liberal Education—the last class at Stanford to have the Western canon at its core—by stripping it of its diversity requirement fulfilment, and appointing a “working group to reevaluate” it. While WTU’s released manifesto is vague on what this might entail, WTU’s draft document suggests abolishing the course altogether and replacing it with a course “that studies works by people of color through POC frameworks.”

WTU has mounted no petitions on Stanford campus, and has not won any elections or endorsed any Stanford senators. As a result, it is unclear what weight its demands carry, especially since the group has not explained what it might do if its wishes are not met in full.

The group’s proposals have been met with criticism from the Review and many on social networks.

Anonymous writers on Yik Yak branded WTU “an elaborate April Fool’s joke” and “stupid,” with one commenter jokingly suggesting that, “if my next professor isn’t [an] omnisexual transracial black aboriginal polyurethane person of no color, I will make my own demands list."

The group requests that Stanford accept their demands in full, and explain how they intend to carry them out, by next Friday, April 8. 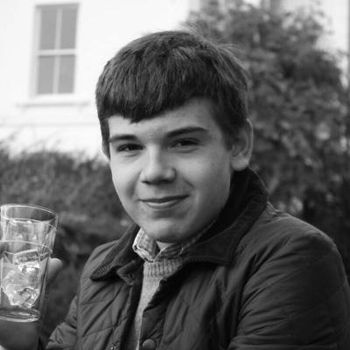