Southern Methodist University (SMU) is relegating a memorial to the victims of 9/11 to a secluded area of campus, rather than the central location it had occupied in past years.

Members of the Young Americans for Freedom (YAF) chapter at SMU recently filed paperwork for their annual display of flags honoring the victims of 9/11, but administrators denied the request in order to “respect the right of all members of the community to avoid messages that are triggering, harmful, or harassing."

The SMU YAF chapter, like many across the country, participates in the annual 9/11 Never Forget Project by creating a memorial on campus of 2,977 American flags, each representing a person who lost their life in the attack.

At SMU, the event has previously been held on the well-trafficked Dallas Hall Lawn, a prominent location on campus.

When chapter leaders submitted a request to set up the 9/11 memorial in the same location this year, however, they were notified that they are no longer allowed to use the main campus lawn because the university had implemented a “new policy regarding Memorial Lawn Displays.”

The email explained that a memorial lawn display “is any type of visual recognition or commemoration of an event or political or social issue,” noting that examples “include, but are not limited to: crosses, flags, etc.”

The email also declared that SMU “respects the right of all members of the community to avoid messages that are triggering, harmful, or harassing.”

Instead, the display location was changed to MoMac Park, which is to the south of Dallas Hall Lawn and less prominent. According to Drew Wicker, the president of the SMU College Republicans, MoMac Park sees significantly less foot traffic than Dallas Hall Lawn.

"The administration's changing of locations to MoMac Park is solely intended to reduce foot traffic for any display our organizations put up. Less foot traffic means less complaints from students, faculty and local residents who are ‘triggered’ and ‘offended’ by the displays,” Drew Wicker, president of the SMU College Republicans, told Campus Reform. “This is the administration choosing to do the easy thing instead of making the hard choice and doing the right thing for the university and its students."

SMU spokesperson Kent Best, however, told Campus Reform that he doesn’t see the change in lawn space from Dallas Hall to MoMac as a downgrade.

“This is a change in location for all approved displays regardless of sponsoring organization or display subject,” he said. “This request for a display was approved, as it has been in previous years. MoMac Park is located near the center of campus along SMU Boulevard, the most prominent drive into our campus.”

“Frequent requests for displays of all types on the Dallas Hall lawn, which is used by our students as an open outdoor space for studying, playing catch and resting on the grass between classes, created the need to find a less heavily used location,” he added. “This change in policy was made before the Young Americans for Freedom request was submitted.”

“We believe that the restriction of politically or socially relevant displays on Dallas Hall Lawn overturns the status quo of protection for free speech, and prevents vitally important dialogue between students,” wrote Wolf. “The location of Dallas Hall Lawn is relevant and important, due to its prominence, visibility to multitudes of students passing by, and intellectual significance as the central and originating location of SMU.”

In addition to YAF’s statement, Wolf and other student leaders from College Republicans, College Democrats, the Feminist Equality Movement, Turning Point USA, and Students for Life wrote a letter to the administration condemning the change of location and urging that the memorial be allowed on the Dallas Hall Lawn.

SMU and YAF have apparently clashed over the 9/11 memorial before. According to YAF’s website, the school objected to a previous edition of the memorial, allegedly erecting a number of scheduling and logistical obstacles. 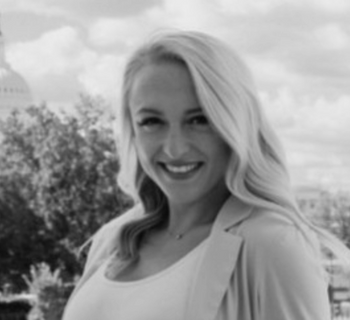 Annabel Scott is the Vice President of Operations at the Daily Caller. Previously, she was Executive Assistant to the DC Bureau Chief and VP of Politics, Executive Assistant at The Ingraham Angle, and Guest and Contributor Coordinator at Fox News. Annabel was a Texas Campus Correspondent at Campus Reform. She graduated from Texas Christian University, where she was Editor-in-chief at The Freedom Frog