A University of Georgia (UGA) engineering professor declared on Twitter that President Trump and others in the Department of Justice are “racists” for repealing DACA.

While applauding protesters who had assembled at the UGA Arch Tuesday to demonstrate against Trump’s decision to rescind the Deferred Action for Childhood Arrivals (DACA) program, Dr. Thomas Lawrence commended them for showing “more empathy” towards illegal immigrants than has the current administration, which he contends is staffed by racists.

An accompanying photo shows the pro-DACA protesters at the UGA Arch, many of whom were helping to hold up large banners that read “No Human is Illegal” and “Don’t Break our Families.”

The demonstration was organized by the Athens Immigration Rights Coalition, which said its intent was to “express our support for and solidarity with undocumented youth and the undocumented community.”

Notably, though, the event page does not cast any aspersions against the Trump administration, merely noting that Trump had “rescinded the [DACA] program that benefits immigrant youth” and encouraging supporters to “bring candles, signs, and your voice” to the rally.

In response to inquiries from Campus Reform, Lawrence indicated that his assessment of Trump and the DOJ was based on his perception of statements made by top officials such as Trump and Attorney General Jeff Sessions.

“Jeff Sessions has been called out as having biases, and he seemed to almost enjoy making the announcements,” Lawrence said. “Certainly you have been aware of the statements made by President Trump both during the campaign and also as president related to this as well."

When pressed for specifics, Lawrence cited Trump's "half-hearted response to Charlottesville" and his reference to "Mexican immigrants (illegal etc.) as rapists and criminals" while announcing his candidacy. 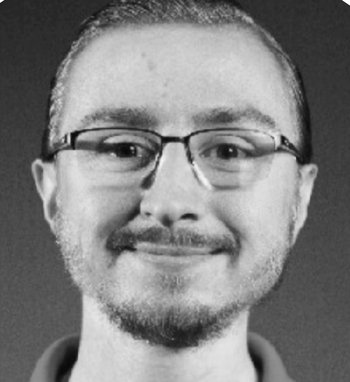