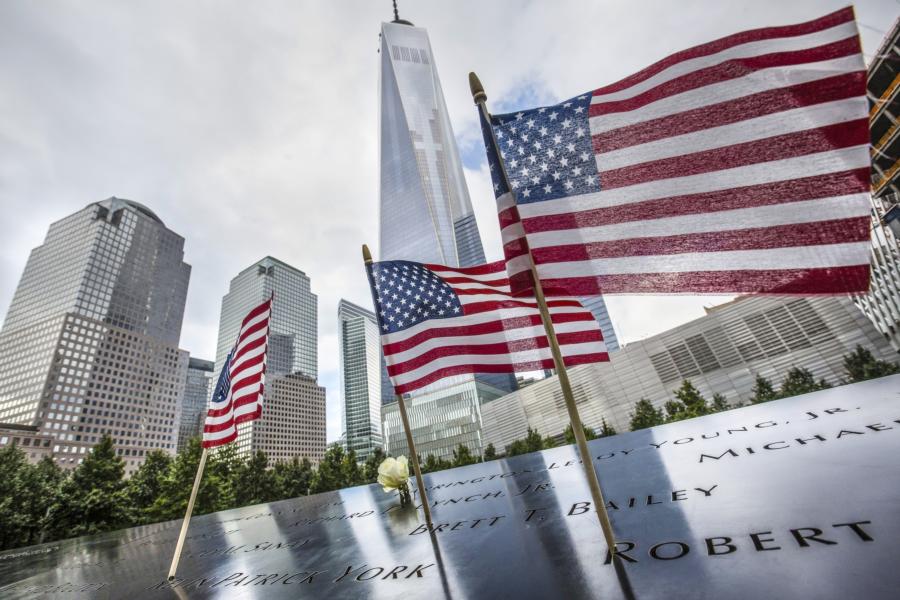 Talia Lavin, a professor of journalism at New York University, came under fire for tweeting “When did the memory of 9/11 become ‘sacred’? In what way? And to whom?” on Saturday.

Lavin’s remark came in the wake of the controversy over Minnesota Democrat Rep. Ilhan Omar’s decision to refer to the terrorist attack on September 11, 2001, with “some people did something.” Many people across the country, including President Trump, have condemned Omar for her seemingly dismissive words.

“I meant this as a genuine question. it was indisputably tragic, world-changing, evil and despicable, and a turning point of history,” Lavin later remarked. “But ‘sacred’ is a particular word with its own religious meanings, and i wanted to pinpoint what it means to call such a day ‘sacred’ specifically.”

After President Trump tweeted a video alternating between Omar’s comments and scenes of the destruction caused by the attacks, Ms. Lavin responded by saying “the campaign to get ilhan omar murdered continues apace,” before then asking how the terrorist attack became regarded as a sacred memory.

According to CNN, 2,977 people died in the four attacks that occurred on September 11, 2001. The victims ranged from two years old to eighty-five years old and included 403 firefighters and police officers.

When Republican Rep. Dan Crenshaw criticized supporters of Rep. Omar for questioning his devotion to 9/11 victims, Ms. Lavin responded to his tweet on Friday, saying: “the real victim, captain shithead, speaks,” according to The Washington Examiner.

Rep. Crenshaw, a former Navy SEAL, lost an eye in an improvised explosive device (IED) blast while fighting in the Helmand province of Afghanistan in 2012, according to his website bio. He was medically retired from military service in 2016, and was awarded a Purple Heart, two Bronze Stars, including one with Valor, and the Navy Commendation Medal with Valor.

After Lavin drew criticism for her insult, however, she doubled down on her remark, tweeting: “actually ur right i should respect his rank…his name is lieutenant commander shithead.”

Lavin’s remarks are not the first time she has verbally attacked a United States Military veteran.

In 2018, in a since-deleted tweet, Ms. Lavin suggested that Justin Gaertner, an Immigration and Customs Enforcement (ICE) Officer, had a tattoo that was a Nazi symbol. However, in a statement released by ICE, it became clear that not only was Gaertner’s tattoo not a Nazi symbol, it was actually “Titan 2,” the symbol of the Marine platoon that Gaertner served in while in Afghanistan. Gaertner served three combat deployments with the Marine Corps, including two in Helmand Province, Afghanistan, where he lost both legs to an IED blast.

As previously reported by Campus Reform, after ICE’s response, Lavin was fired from her position as a fact checker for the New Yorker, only to be hired as a journalism professor at New York University.

She now teaches a class titled “Reporting on the Far-Right”, and has a focus on “far-right extremism and social justice,” according to her university bio.