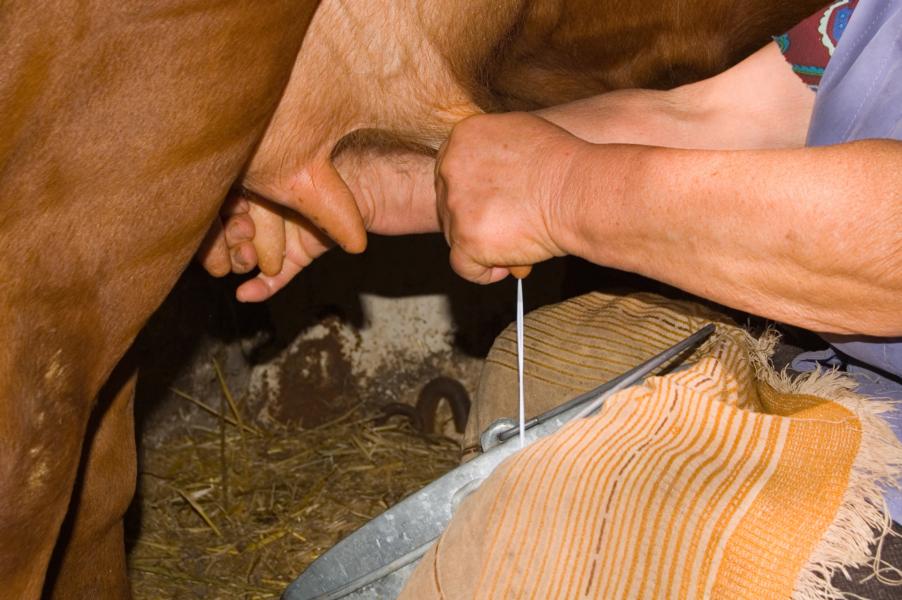 A paper currently being promoted by a New York university calls on society to consider the rampant “sexual exploitation” of dairy cows by the milk industry in order to “fully fight gendered oppression.”

Specifically, the author compares cattle insemination to "rape" and the milking of cows to "sexual abuse."

“the dairy industry is a host for sex-based discrimination"

Titled “Readying the Rape Rack: Feminism and the Exploitation of Non-Human Reproductive Systems,” the paper was published Friday in a journal called Dissenting Voices, which is published and edited by the Women’s and Gender Studies program at the College at Brockport State University of New York.

The published piece aims at discussing the “sexual exploitation of non-human bodies, specifically dairy cows.” The author notes that “as a vegan and animal rights activist,” she feels compelled to reveal the “feminist aspects of animal agriculture,” a topic she says is unfortunately “under-researched,” but is nonetheless important because “the same way women’s health has been at  stake for years, a dairy cow’s reproductive system has been poked and prodded.”

According to the publication, “the dairy industry is a host for sex-based discrimination,” and a “site where sexual assault and objectification based on biological makeup are highly prevalent but ignored as we choose to neglect non- humans with whom we share a planet.”

The paper argues that “in order to fully fight gendered oppression,” society must also address the plight of dairy cows, which it asserts are “still subjects to sex-based discrimination and violence,” despite their voices being “not always lifted or comprehensible.”

The piece begins by first attacking the widely contested notion that cow’s milk is even at all beneficial for humans, pointing to the government-funded “Got Milk?” campaign and the questionable motivations behind it.

But author Mackenzie April, an intern for Brockport's Women's Studies Department, goes further than the assertion that milk is bad for humans, by claiming that the practice of dairy farming “also supports and exemplifies the degrading way in which we treat female bodies and reproductive health,” adding that she hopes the publication will inspire feminists and other “social justice”-minded individuals to “incorporate non-human bodies into their own feminist perspectives.”

“If we are going to argue fairly for the rights of all beings in a world soured with sex and gender-based oppression, then dairy cows deserve to be taken into account when discussing issues of reproductive women’s  health,” April, who then compares barren female cattle to human women who choose not to have children, writes.

“If women do not choose to become mothers, they are shamed. If a female cow is incapable of successfully bearing a calf, they are sent away for slaughter. Their reproductive system is useless, therefore, they, as a being, are useless,” April notes, arguing that this is indicative of a “double standard,” as civilized society would cringe at the thought of murdering women once they become infertile.

“The outdated stereotype about women being caretakers and most importantly child-bearers remains consistent in the dairy industry, especially when we take into account the means through which these animals are exploited,” April argues, pointing specifically to the insemination of cattle, which she compares to “rape,” the milking of cows, which she compares to "sexual abuse," “emotional trauma related to pregnancy,” and “nonconsensual hormone treatments.”

April encourages readers to attempt to “place the importance of animals’ lives as equal to your own,” and address the plight of dairy cows “similar to how you might validate and advocate for the struggles of women that you personally do not endure due to the privilege of race, gender, class, etc.”

Campus Reform reached out to the publication for comment, but did not receive a response in time for press.