These taxpayer funded schools have been accused of anti-free speech policies and frivolous spending on things like “Angry White Male Studies."

As coronavirus continues to ravage the U.S. economy, state universities are beginning to lose taxpayer funds for their programs. 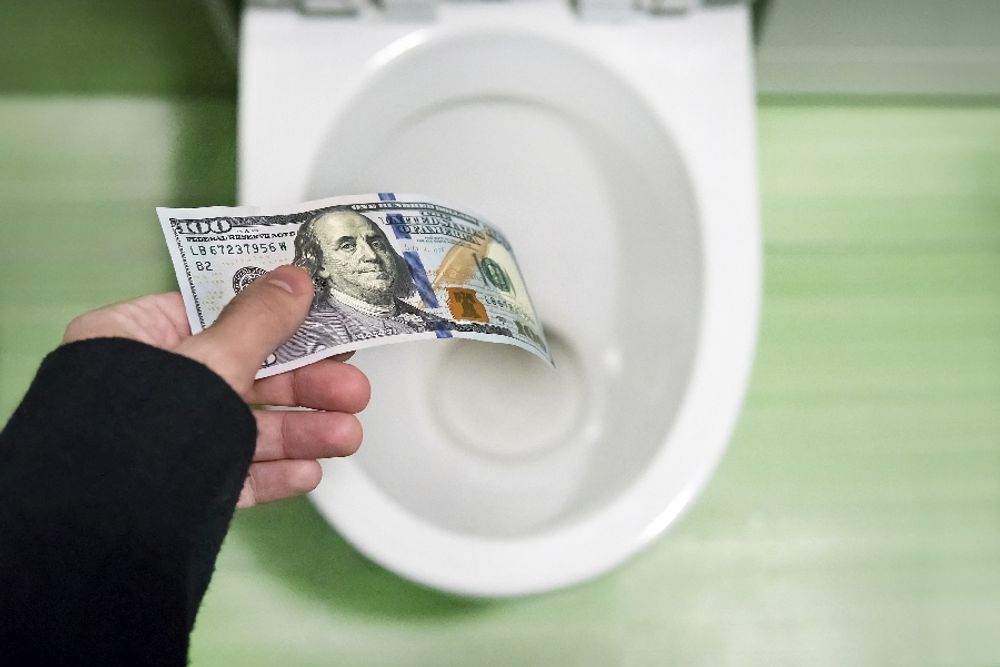 Public colleges and universities, some of which have used funds to offer courses such as “Angry White Male Studies” and “Queering God” and have been sued for restricting free-speech rights on campus are losing government funding due to the COVID-19 pandemic decimating the U.S. economy.

The Wall Street Journal reported recently that many colleges are experiencing severe budget cuts because of the coronavirus’ impact on state economies, which has resulted in less tax revenue. Many of these cuts are effective immediately.

Montclair State University has been told by New Jersey Gov. Phil Murphy that it will not receive $12.3 million in state funding, almost a quarter of the school's remaining budget for the fiscal school year. The university currently has a $437 million operating budget. New Jersey’s $138 million of funds for state higher education has been placed back into the federal reserve.

Missouri State University is another college that will have to make drastic budgeting adjustments. Approximately one-third of that school's $295 million budget is funded by taxes. Now, with only three months left in the fiscal year, the university will not receive its $7.6 million remaining funds from the state.

[RELATED: How much federal research funding do colleges in YOUR state receive?]

Nevada colleges have also received the same fast-acting treatment. Almost 70 percent of Nevada’s public college budget is government-funded. The board of regents proposed a 4 percent cut, even suggesting upwards of 14 percent for the next fiscal year.

In response to these cuts, some schools have implemented hiring freezes and canceled travel.

Some of these same taxpayer-funded colleges have a history of suppressing free speech and instituting radical courses.

Montclair State University made headlines in January over a free-speech lawsuit. The suit, filed by the school’s Young Americans for Liberty chapter, claims that Montclair has “unconstitutional” speech policies.

The suit claims that three students were stopped by campus police for protesting gun-free zones, citing that they allegedly did not have "permission."As  Campus Reform previously reported, the “Demonstrations and Assemblies Policy” required that any student or group would be required to provide two weeks advance notice to the dean along with a stated “planned objective.” The dean would approve or reject the request to assemble based on this application or modify the event for “any reason …. within any set timeframe.”

“Men Addressing Social Construction” (MASC), co-started by Matthew Banks, was started in efforts to allow dialogue for people to discuss how "toxic masculinity" has hurt’ them, according to The Standard.

Banks told The Standard that many male-identifying and masculine students "are struggling with things in a system like toxic masculinity, which is this pervasive idea that punishes men who are ‘feminine’ or experience ‘feminine’ tendencies.”

In Nevada, schools joined together earlier in 2020 to provide legal services to illegal immigrants.

Campus Reform reported that multiple Nevada public schools teamed up to create a joint "immigration clinic" that facilitated free meetings with lawyers for illegal students. This effort offered counseling and legal services to DACA recipients, citing how “this administration continues to target and criminalize immigrants of color.”

These are a few of the many similar instances that take place on college campuses. Within the past year, USC chose to keep "Tailgating 101" course after refusing to replace it with a Constitution course, Swarthmore College had a course on “Queering God,” aimed at teaching the Bible from a “queer” point of view, and the University of Alabama-Birmingham, among others,  used millions of taxpayer dollars for diversity initiatives.

While colleges have been using taxpayer funds for these initiatives, some students have weighed in on the news of school budgets being restricted in response to COVID-19.  Vittoria D’Addesi, co-founder of pro-life fashion company Culture of Life 1972 and a freshman at Liberty University, told Campus Reform that this was a "silver lining" to the pandemic,

“Defunding liberal colleges is a silver lining to this coronavirus pandemic,” D’Addesi said. “Taxpayer dollars are supposed to be used for public benefit, not indoctrination.”

“Universities make millions upon millions per year in tuition, fees, donations, and federal funding. Most of these funds do not necessarily go to improving student life or the climate of the college... Instead, they go to fund ridiculous events that most people don't attend or never even asked for,” Stiller said, adding that colleges should adhere to stricter rules.

“If colleges actually need the money and will abide by certain guidelines to make sure the money is used correctly and appropriately, then I'd have no opposition to that. But if they will use the federal funding for promoting classes that no one wants or funding events that have little attendance and not improve the welfare of the students, they should not only be rejected from their aid but lose accreditation until they meet certain criteria to ensure that any further funding will not be abused again.”

Another Liberty University student, Trevor Webb, says that it only makes sense to cut funding since schools are mostly nonoperational.

“Federal and state governments should make necessary changes to school funding that includes cutting back in subsidies for colleges and universities that are no longer at full capacity,” Webb told Campus Reform.

Several colleges and universities are still waiting for financial aid from the Higher Education Emergency Relief Fund. The administration is distributing more than $14 billion to the respective schools nationally.