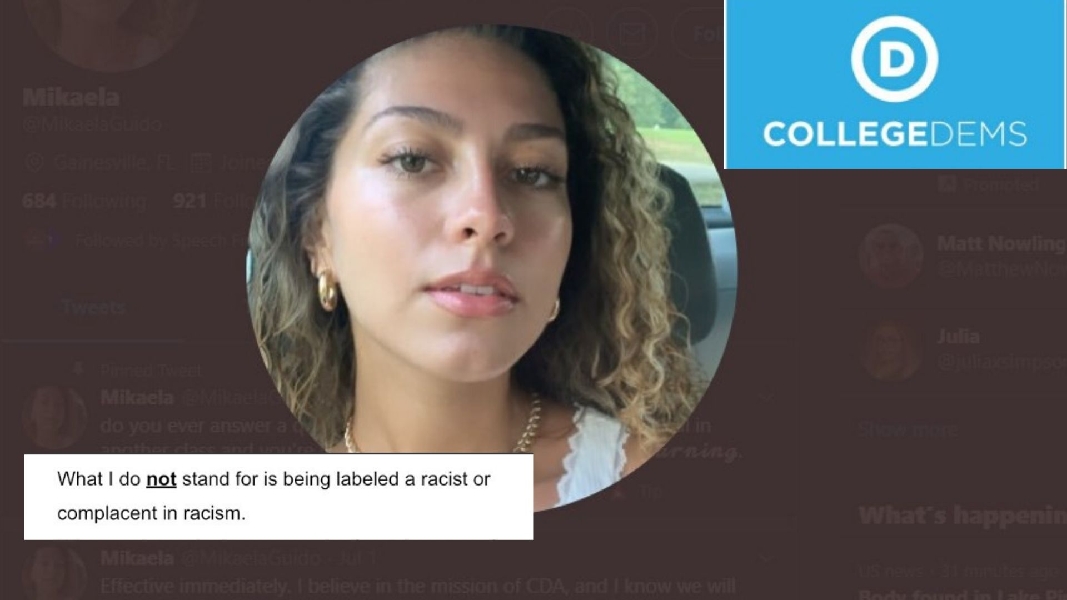 Several members of the Executive Board of College Democrats of America resigned amid accusations of racism and classism within their ranks.

Now interim president of CDA Matthew Nowling announced his resignation from his communications director position on June 27. Nowling claimed that he had been “constantly ostracized, undermined, and mocked” and that CDA “is not welcoming for BIPOC [Black, Indigenous, and People of Color] and excludes students like me."

“We apologize to Matthew for the contributions of our complicit practices and the indirect roles we played into the racism and bullying he experienced in this organization."

[RELATED: College Dems outraged that border patrol is allowed to be on campus]

According to the New York Times, when Nowling began as Communications Director for CDA in September, members routinely ignored his suggestions, demeaned him, and cast him as lazy and incompetent. All of these, Nowling claimed, were “racist tropes that have been used against Black people for generations to prevent them from advancing in the workplace."

Following Nowling’s resignation, 41 of the 47 federations of College Democrats published an open letter standing in solidarity with Nowling. The letter said that the way Nowling was treated by national leadership was “abhorrent and inexcusable” and accused CDA of turning “a blind eye to racism and classism."

“If our immediate demands are not met, and commitments to reforms are not made by the national leadership within forty-eight hours, our federations will leave the College Democrats of America, cut all ties with the organization, and denounce it in its current form,” read the open letter, last updated July 1.

Executive Board members agreed not to run in upcoming elections and to decline any appointments to national leadership in the future, They also committed to increasing the power of identity caucuses, remote voting, and establishing a board position to oversee inclusivity, diversity, equity, and accessibility.

“We apologize to Matthew for the contributions of our complicit practices and the indirect roles we played into the racism and bullying he experienced in this organization,” the CDA letter said.

However, Guido went on Twitter to deny the allegations.

“What I do not stand for is being labeled a racist or complacent in racism,” Guido said, “The gross mischaracterization that I contributed to this environment is unequivocally false,” she added. Guido threatened legal recourse for any “slander” affiliated with her name. She also said that she would be considering her next steps as president in light of Nowling’s experience. Guido eventually resigned.

In the aftermath of the Executive Board’s resignation and Nowling’s appointment to interim president, Nowling announced the formation of the CDA Reform Taskforce, which will “work directly with the DNC, the CDA Executive Board, State Federation Leaders, Chapter Leaders, and other appropriate parties to implement the reforms our leaders need."