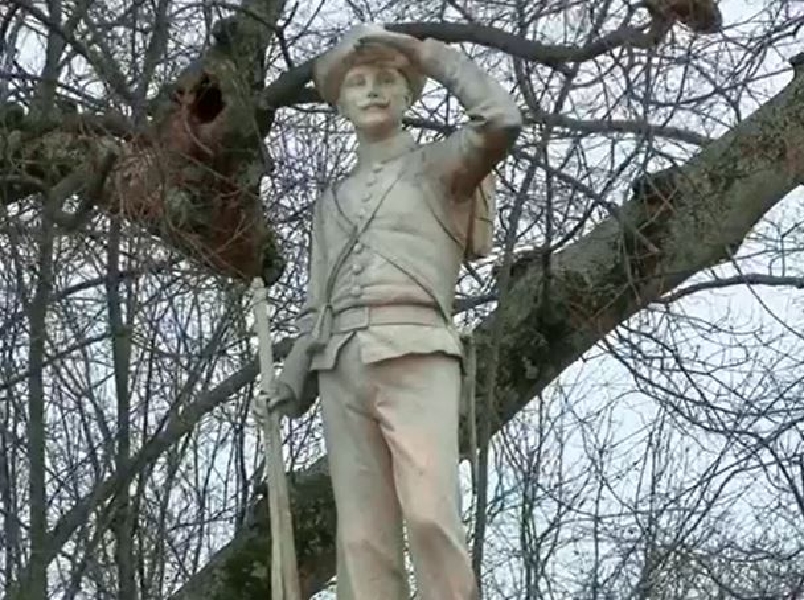 The University of Mississippi carried out plans to move a confederate statue from its former prominent location in the center of campus.

“Today marks an important moment for our university as the confederate monument has been moved from the Circle at the center of campus to the cemetery near Tad Smith Coliseum,” Ole Miss Chancellor Glenn Boyce wrote in a July 14 statement to the school.

Moving the statue, a saluting soldier standing 30 feet high, has been under discussion at Old Miss since February 2019, when students initially proposed moving it from the heart of campus. The Institutions of Higher Learning Board of Trustees delayed voting on the request in January 2020 but elected in June to approve the shift.

Boyce told students at the end of May that he was committed to moving the statue as a response to nationwide protests following the death of George Floyd: “This is a time for change… That monument has divided this campus.” Around the same time, a junior-high teacher allegedly vandalized the monument, painting red handprints and the words “spiritual genocide” on the statue.

A UM graduate started a fundraiser to pay his $5,000 bond for a felony charge of defacing public property, saying that the vandal was taking a stand against white supremacy, racism, and oppression.

However, the university’s plans for the statue’s relocation have evoked criticism.

The project proposal, submitted in June to the IHL board, disclosed details of the statue’s move, as well as a renovation of the cemetery where the monument will reside for the future. These details, along with an artist’s rendering of a possible goal for the layout of the redesigned space, sparked outrage from students and faculty.

Suggestions that drew scorn include the addition of a “newly-laid brick path surrounded by trees and enhanced with lighting” leading up to the statue of the soldier, “a new marker to recognize the men from Lafayette County who served in the Union Army as part of the United States Colored Troops during the Civil War,” and “new headstones… to offer remembrance for the souls buried on the grounds along with a stone path to the existing marker in the cemetery.”

The report estimates that relocating the monument will cost $1.15 million, which will be funded privately.

The students who developed the original plan to relocate the statue protested these propositions in a letter published in the Daily Journal, saying “we asked for the relocation of the statue, not the glorification of the Confederacy.

Josh Mannery, Associated Student Body president at Ole Miss, criticized the possibility of placing a bench in the space as illustrated in the artist’s depiction, Mississippi Today reported. “Are you going to sit down on the bench and look at [the statue]? That’s not education, that’s glorification.”

Anne Twitty, associate professor of history at Ole Miss, also expressed disappointment with the plans: “Just the second you think that you finally achieved your goal, you find out that there’s now a new front in what seems like a never-ending war,” according to Mississippi Today.

The university chancellor clarified in a statement that the ideas had been framed as a proposal and not a finalized plan, assuring students that the artist-created pictures did not set the standards for the end product and apologizing for the frustrations of the process.

But not everyone is convinced.

“None of the campus constituency groups have even seen these updated plans,” commented Arielle Hudson, one of those who initiated the 2019 student proposition to move the statue (and who raised money to support the man responsible for defacing the monument in May), according to Mississippi Today, “so we wanted to make it clear that this was not endorsed at all and that we are not in support of making the cemetery into a glorified shrine of the Confederacy.”