University newspaper changes its name because it ‘propagated violence’ 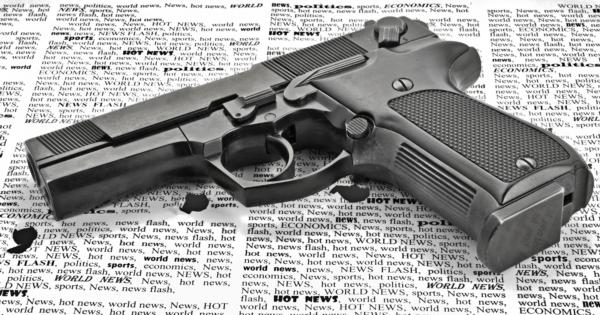 The student-run newspaper at the University of Mary Washington (UMW) is changing its name from The Bullet to The Blue & Gray Press over concerns that its original name carried violent connotations.

“The editorial board felt that the paper’s name, which alludes to ammunition for an artillery weapon, propagated violence and did not honor our school’s history in a sensitive manner,” the press release provided to Campus Reform states. “The board intends to remain faithful to the history our university stands upon, and we continue to honor this history both in a respectful and meaningful way.”

"In this day and age, no one really cares about the Civil War. We wanted something that was updated."

Alison Thoet, the paper’s editor-in-chief, told Campus Reform in an interview that the editorial board felt the old name was “a little outdated” and was more representative of the Fredericksburg, Va., community’s ties to the Civil War and not the school as a whole.

“In this day and age, no one really cares about the Civil War. We wanted something that was updated,” Thoet said.

Fredericksburg, located midway between Washington, D.C., and the former Confederate capital of Richmond, Va., was the site of five major battles during the Civil War with several other battles fought nearby.

“We want our students to be more involved and more intrigued by what’s in our paper since essentially it’s all about them,” she said.

UMW students also considered changing the name of the publication in 1971 during the Vietnam War.

Thoet said that as a liberal arts school, UMW students weren’t enthusiastic about the name of the paper alluding to an artillery weapon.

According to the most recent report from UMW’s campus police, there was only one weapons arrest in 2012 and it took place off-campus and on public property. University policy prohibits any weapons—from rifles to toy guns—on campus.

The new name comes along with a complete redesign of the weekly student publication. When the new paper debuts on Sept. 4—both in print and online—it will have increased from 10 to 12 pages, be smaller in size, and have an entirely new logo.

“Observing the evolving era of journalism, which has seen a complete change of numerous university, local and national newspapers, the editorial board came to the conclusion that UMW’s student newspaper is in need of a major redesign in order to accompany the constantly developing world of modern journalism,” the press release says. “The board views a new name as an opportunity to propel the publication into the modern era.”

The name change won’t be official until UMW’s Student Activities and Engagement Office gives final approval, but the publication’s website has already changed its URL.

A representative from the Student Activities and Engagement Office did not respond to requests for comment from Campus Reform.

A spokesperson from George Washington University declined to comment on if the student newspaper, The Hatchet, would also consider changing its name as it’s an independent student publication. The editor-in-chief of The Hatchet did not respond to requests for comment from Campus Reform.