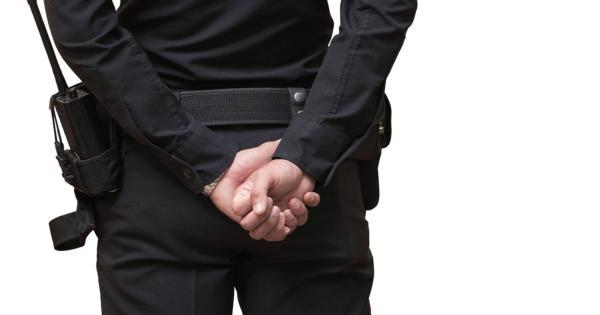 A Loyola University of New Orleans professor called the police after a student complained that they were uncomfortable with the presence of a uniformed police officer in the class.

Josh Collins, a police officer and student at Loyola, said in a Facebook post that he showed up to his Law and Morality class in full uniform, including his firearm, because he was running late and didn’t have time to change into civilian clothes.

“Today made me sad for the youth and the college I have attended for 8 years.”

However, another student became uncomfortable with the idea of Collins being armed and complained to the professor, who called the police during a short class break.

[RELATED: Student who is also a police officer escorted from class for carrying gun]

Collins stated that he was shocked that someone felt threatened by sitting in a class with a uniformed police officer, calling the student an “over sensitive indoctrinated liberal flower petal.”

“You know, as a white male conservative, I have put up with a lot of prejudicial and biased comments directed towards me while attending Loyola University New Orleans,” Collins wrote. “But today made me sad for the youth and the college I have attended for 8 years.”

The university, however, contends that the incident was simply a “misunderstanding.”

Collins was wearing SWAT fatigues, not a typical black and blue police uniform, reports WWL TV, which caused the student and professor to not realize that Collins was law enforcement.

“A student in the class saw another student with a firearm, and during a class break said something to the teacher," an official statement from Loyola said. "The teacher contacted campus security to determine university policy. Campus security directed the teacher to confirm that the student with the firearm works in law enforcement. The teacher confirmed that the student worked in law enforcement and the class resumed at the end of the break."

According to Laura Kurzu, Loyola's VP for Marketing and Communications, the school has reached out to Collins to apologize.

“We are grateful for all our students and their contributions to our programs and want everyone on our campus to feel safe, comfortable, and included,” Kurzu asserted.

Collins said the incident made him feel that he could no longer advertise his career in law enforcement on campus.

“Loyola University, a Jesuit Institution, prides itself on its commitment to social justice,” Collins declared. “However, in creating an environment where everyone is accepted for who they are, you have now created an environment where I have been ostracized. As a police officer, I feel as though I must hide my profession in order to obtain a fair education.”

The university contends that, despite the misunderstanding, its campus remains a welcoming space for law enforcement.

“Loyola University New Orleans unequivocally supports police officers and the courageous women and men of our nation's armed forces," a statement from the university read. "These men and women protect us all, and they protect our Constitutional rights. We are without question grateful for their service."

Campus Reform reached out to Collins for comment but did not receive a response by press time. This story will be updated with any comment received.