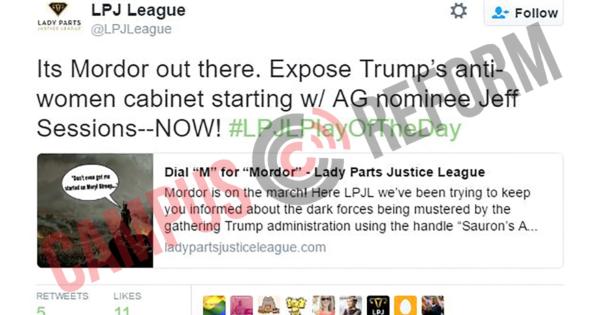 Two national academic associations have announced their participation in a “Women’s March” later this month to protest “the rhetoric of the past election cycle.”

“The rhetoric of the past election cycle has insulted, demonized, and threatened many of us.”

“The rhetoric of the past election cycle has insulted, demonized, and threatened many of us—immigrants of all statuses, Muslims and those of diverse religious faiths, people who identify as LGBTQIA, Native people, Black and Brown people, people with disabilities, survivors of sexual assault—and our communities are hurting and scared,” the event’s mission statement begins.

“In the spirit of democracy and honoring the champions of human rights, dignity, and justice who have come before us, we join in diversity to show our presence in numbers too great to ignore,” the statement continues, predicting that “the Women’s March on Washington will send a bold message to our new government on their first day in office, and to the world that women's rights are human rights.”

One of the “women’s rights” likely to be promoted during the march is the right for women to choose an abortion, because while the event organizers have refrained from taking explicit positions on abortion or any other specific political issues, many of the march’s official partners are pro-choice organizations, including Planned Parenthood, #VoteProChoice, Catholics for Choice, The National Abortion Federation, and Planned Parenthood.

The National Women’s Liberation group, for example, calls for “all women and girls, trans* and nonbinary folk” to protest the alleged “anti-women agenda” of the Trump administration on the weekend of of the march.

Another partner is the Center for Reproductive Rights, which issued a press release deeming the march a good way to “show support for a broad range of issues, including women’s access to safe and legal abortion.”

One position that all of the participants, partners, and organizers seem to share is broad opposition to Donald Trump, who is not mentioned by name but is repeatedly referenced in the context of the group’s concerns about the policies they expect the “new government” to pursue.

The Lady Parts League, an organization dedicated to promoting access to abortion and an official partner of the march, has also tweeted a message urging supporters to oppose Sen. Jeff Sessions’ nomination for Attorney General, and the group’s website speaks of the “dark forces” of the “Trump administration.”

The Women’s March has no official pro-life partners, nor have any explicitly conservative groups signed on to participate.

While the AAUW considers itself a “nonpartisan” nonprofit, it is encouraging its members to attend the Women’s March, providing a number of sample Tweets for promoting the Women’s March on its website, including “Women’s rights are human rights!” and “ We want #equalpay #paidleave #minimumwage raise, & more!”

The AAUP, a membership organization for academics, has not mentioned its affiliation with the march on its website, but does indicate support for the “Campus Sanctuary Movement” and other liberal causes, and a blog post on the site also laments legislative restrictions that have “deprived women in large sections of the country of access to abortion clinics.”

Neither the AAUP nor the AAUW responded to inquiries from Campus Reform in time for publication.