AFT to sponsor second round of 'sanctuary campus' protests 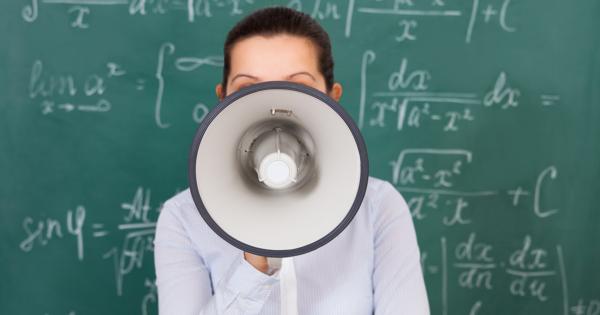 College students across the country plan to protest for sanctuary campuses once again on January 19.

The American Federation of Teachers (AFT) announced on its website Thursday that protests are scheduled at preK-12 schools and on college campuses to stand against “the racism, xenophobia, misogyny, and anti-Semitism increasingly evident since the presidential campaign.”

“AFT [members] will demand their campuses provide sanctuary for the country's most vulnerable people.”

On campus, the post declares that “AFT higher education faculty and staff will demand their campuses provide sanctuary for the country's most vulnerable people—including undocumented immigrants, Muslims, African-Americans and all people of color, and LGBTQ people.”

Although the union acknowledges that “there is no official definition for ‘sanctuary,’” it does outline certain measures its supporters would like administrators to adopt, such as refusing to allow federal immigration enforcement agencies on campus and guaranteeing the privacy of student records.

Whereas most “sanctuary campus” demands have exclusively concerned sheltering illegal immigrants from deportation, however, the AFT takes the concept even further, calling on school officials to “decry and defend against blacklisting faculty,” adhere to “the guidelines for handling sexual assault cases released by the Education Department's Office for Civil Rights, regardless of whether that office is modified or eliminated,” and provide “financial, academic, and social supports to students, faculty, and campus workers.”

According to the post, such largesse is “particularly vital for people who may be targets because of immigration status, religion, racial or ethnic background, sex or gender identity, sexual preference, or political affiliation.”

At elementary and high schools, meanwhile, the AFT asserts that “teachers, paraprofessionals, students, and families and community members will stage rallies and other actions to fight the president-elect’s agenda to dismantle public education.”

Specifically, the educators plan to “demand that students and their families are protected against bullying, racism, and deportation; urge the Senate to reject Betsy DeVos as secretary of education; and increase investment in public schools by making Wall Street billionaires pay their fair share and by protecting Title I funds.”

The activists are planning various demonstrations to attract attention to their cause, some theatrical and others more rhetorical.

Members of the United Faculty of Miami Dade College, for instance, “will lock arms to form a human fence around their campus,” which the AFT describes as an indication of “their solid stance against hate on campus.”

Members of the Houston Federation of Teachers, conversely, are planning to hold a press conference at Houston Community College, where they will “introduce a resolution to the college board to make the school a sanctuary campus.”

The AFT protests will coincide with similar events intended to protest Donald Trump's inauguration on Jan. 20, which the union's press release also suggests was a factor in its planning, citing the concerns that "Trump's campaign rhetoric" has inspired among illegal immigrants, Muslims, and other "marginalized" students.

A coalition of student groups led by the Socialist Students of UCLA is organizing a nationwide student “walkout” for Inauguration Day itself, which the sponsors hope will “send a clear message to Trump, the billionaire class, and the Republican Party that we reject their agenda of bigotry, hate, and division.”

Additionally, a number of universities will be hosting inaugural events geared toward those who are still upset over the results of the election, such as a “People’s Inauguration” at the University of Connecticut where participants can “stand up for the values of human rights, justice, and solidarity.”