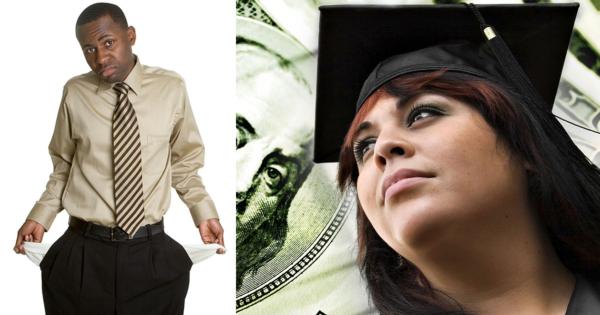 A budget deficit that is projected to hit $1.9 billion by the summer of 2017 has forced Brown to recommit to balancing the state’s budget, and one area facing cuts is financial aid for middle income college students, reports KCRA.

“There’s an idea that middle-class students don’t deserve to be asking for aid and don’t need it.”

In the 2017-18 Governor’s Budget, Brown announced plans to phase out the Middle Class Scholarship program, which covers 40 percent of tuition costs for students with combined family income and assets not exceeding $156,000.

“Given the state’s overall financial condition, to continue the Administration’s support for long-term stable growth in funding for the UC and the CSU, and to maintain the broad Cal Grant entitlement for the state’s neediest students, the Budget proposes a phase-out of the Middle Class Scholarship Program,” the Governor’s proposed budget reads.

The phase-out of the program would save the state approximately $115 million per year by 2021, but despite the desperate situation with the state budget, Brown has refused to decrease funding for illegal immigrant students under the DREAM Act.

An analysis of last year’s proposed budget by the Legislative Analyst’s Office (LAO) noted that “implementation of the California Dream Act, which beginning in 2013–14 made certain undocumented and nonresident students eligible for state financial aid, accounts for $67 million of the increase in Cal Grant spending,” the report stated.

[RELATED: Millions in scholarships for children of illegals sit unclaimed in California]

In response to the budget proposal, families that rely on the Middle Income Scholarship to offset tuition costs have spoken out, saying Brown’s plans to phase out the program overlook the financial struggles that many middle-income families face, and that shortchanging their aid while maintaining scholarships for low-income and illegal immigrant students could create conflicts.

“I wake up in the middle of the night thinking about this stuff,” Jill Cohen-Sandler, whose daughter will attend college soon, told The Los Angeles Times. “I’m constantly calculating, how are we going to make this work?”

“It’s pitting groups of students against each other,” Sands explained. “There’s an idea that middle-class students don’t deserve to be asking for aid and don’t need it, but from what I've seen, people could not be more wrong about that.”