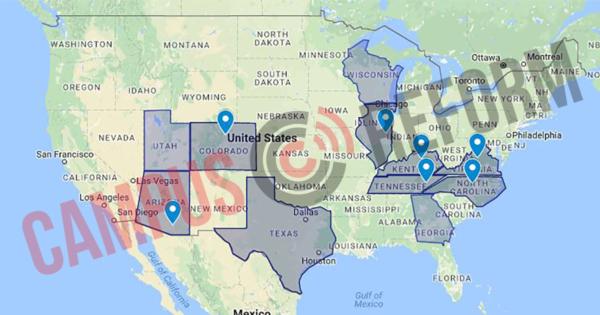 Four more state legislatures have joined their counterparts across the country in taking a stand against the erosion of First Amendment rights on college campuses.

Representatives in Wisconsin, Georgia, Utah, and Texas have now all filed, and in some cases begun to pass, resolutions to protect free speech at public colleges and universities, with Republican Rep. Briscoe Cain of Texas declaring that “the First Amendment does not stop at the campus gates.”

“College should be a place where all opinions, popular or not, should be able to be freely expressed.”

“College should be a place where all opinions, popular or not, should be able to be freely expressed,” Cain explained in a press release announcing his new resolution, which is being co-sponsored by Republican Rep. Matt Shaheen. “Students have the right to free speech and HB 2527 will help protect the constitutional rights of students and student organizations.”

Similarly, Wisconsin Governor Scott Walker is advocating for the passage of a companion bill included alongside his budget proposal that would award the University of Wisconsin System $10,000 to revise its “policies related to academic freedom,” according to The Capital Times.

“It is not the proper role of the board or any institution or college campus to attempt to shield individuals from ideas and opinions they find unwelcome, disagreeable, or even deeply offensive,” the legislation declares. “The board and each institution and college campus has a responsibility not only to promote a lively and fearless freedom of debate and deliberation, but also to protect that freedom when others attempt to restrict it.”

Republican Rep. Buzz Brockway of Georgia has likewise introduced a bill that would effectively abolish so-called “free speech zones” by declaring all “generally accessible outdoor areas of campuses” to be “traditional public forums for expression by members of the university community.”

Brockway’s bill would also prevent universities from subjecting students “to disciplinary action due to [their] expression because of its viewpoint or because of the reaction to or opposition to such expression by listeners or observers.”

Finally, a bill passed with unanimous approval Tuesday in the Utah House, would, if ultimately approved by the Senate, reserve all outdoor areas of campus for free speech, stating that while institutions “may maintain a reasonable time, place, or manner of restrictions on expression…everything else is free.”

As Campus Reform previously reported, at least seven other states are already considering similar measures, though the numbers will likely continue to increase since the Heritage Foundation recently produced model legislation dealing with campus free speech in collaboration with Stanley Kurtz, who is working with state officials on drafting such provisions.