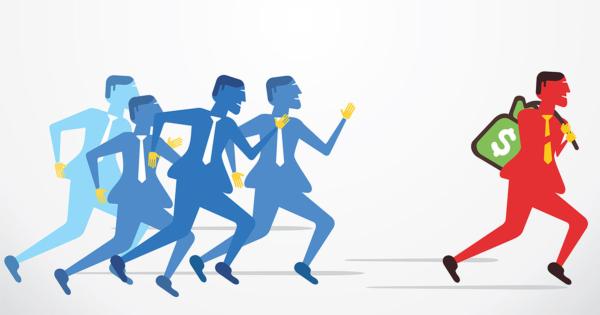 The controversial former Chancellor of the University of Tennessee at Knoxville will now earn a salary of $340,650 as a professor, representing 75 percent of his salary as chancellor.

As Campus Reform initially reported, Jimmy Cheek oversaw a string of controversial policies during his tenure as chancellor, including a directive to avoid explicitly Christian-themed holiday parties during Christmas of 2015.

“For a state university to pay this amount of money is quite unusual in my experience.”

He defended the directive, however, by arguing that his school was “in no way trying to dismiss this very important Christian holiday,” expressing his disappointment that his “efforts to be inclusive [had] been totally misconstrued.”

While the directive was ultimately scrubbed from the university’s website, some state lawmakers were so incensed by this and other actions of Cheek that they eventually called for his ousting.

“This is offensive to the vast majority of Tennesseans who help fund this university through their tax dollars,” Sen. Mike Bell said at the time. “We have lost confidence in Chancellor Cheek’s ability to lead the state’s flagship university.”

Earlier in the year, Cheek’s administration had issued a similar directive advising students to familiarize themselves and make use of gender-neutral pronouns, even as the school’s Office of Diversity and Inclusion continued to face battles with lawmakers over its controversial “Sex Week,” eventually leading the state legislature to strip funds from the office for a year.

Shortly thereafter, in June 2016, Cheek announced that he would step down from his position as chancellor, calling it the “capstone of [his] career.”

But now, The Knoxville News-Sentinel reports that Cheek will earn a staggering $340,650 as a tenured faculty member in the school’s Department of Educational Leadership and Policy Studies, even receiving additional perks such as box seats for Tennessee Volunteers football games and a corresponding parking permit.

The next-highest salary in the same department was $180,000 as of October, which is just over half the amount that Cheek will be making.

While it is common for administrators such as Cheek to stay on as faculty members under a policy known as “retreat salaries,” which allows university officials to transition into faculty positions and retain a percentage of their former salary, his new pay rate is abnormally high.

In fact, Washington D.C. based lawyer, Raymond Cotton, a partner at Nelson Mullins Riley & Scarborough, argued that Cheek’s salary will effectively remain unchanged, since he will retain 75 percent of his administrative salary but only work 75 percent of the year, as opposed to his 12-month schedule as chancellor.

“It’s 75 percent of it, but he’s only working 75 percent of the year. If you annualize it, he’s getting the same amount he gets now, which is unusual…basically he’s getting his chancellor’s salary,” Cotton elaborated, noting that “for a state university to pay this amount of money is quite unusual in my experience.”

Cotton also pointed out that Cheek’s high salary could lead to division among faculty, who would likely be disgruntled with an ex-administrator who still gets paid for a job he no longer does.

“You can move that individual up to the highest paid faculty person in the department,” Cotton suggested. “But taking a percentage of the [administrative salary] can create problems within the department among other faculty members, who will point out what I just said, which is, ‘the person is not an administrator anymore. Why are they getting a percentage of an administrator’s salary?’”

Former UT system President Jan Simek, however, also received 75 percent of his former salary after returning to the faculty in 2011, and argued that the added compensation reflects the sacrifices that professors make when they put their careers on hold to take administrative positions.

"Am I paid more than some of my colleagues here? Yes, I am. That’s a fact and that’s the result of the fact that I went and did that administration (job). I stepped out of my career in order to take on those jobs," he explained to the News-Sentinel. “I’m not saying it couldn’t be done a better way, but that’s for the [UT Board of Trustees] to decide.”