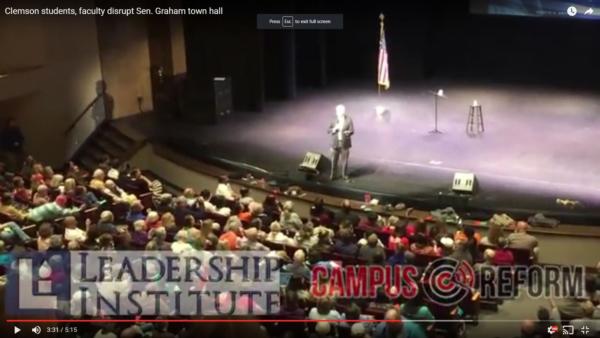 According to an anonymous source within the group, an “action alert” was issued to members via email the day prior, stating, “it’s important we get a big turnout.”

“People came in here thinking that if you yell at me enough, I’ll stop being a conservative Republican.”

An online political manifesto, dubbed the “Indivisible Guide,” was prominently featured in the action alert, which purported to tell attendees “How to Have a Successful Town Hall.” 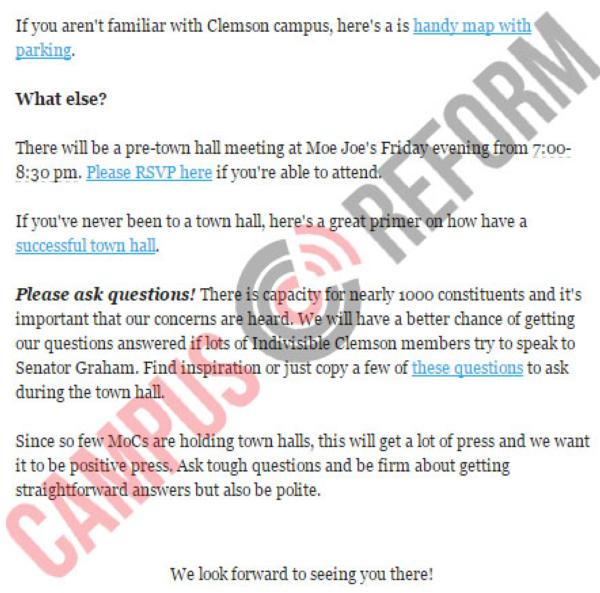 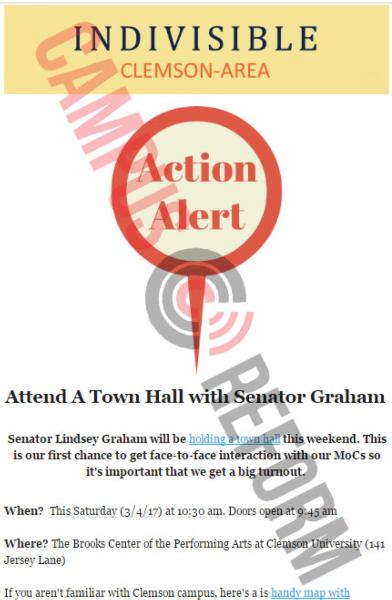 The guide, developed by former President Barack Obama’s “Organizing For Action” project, instructs anti-Trump groups to distribute “prepared questions to all group members,” and to “sit by yourself or in groups of two, and spread out throughout the room,” explaining that “This will help reinforce the impression of broad consensus.”

Before Graham took the stage, a patriotic video showcased interviews with WWII veterans—including the Tuskegee Airmen, a group of African-American military pilots—while imagery of ISIS, posing with weapons and flags, portrayed dangers abroad.

Chenjerai Kumanyika, a Clemson professor in attendance, posted the video on Facebook, stating, “Graham started off with a scattered xenophobic video.” 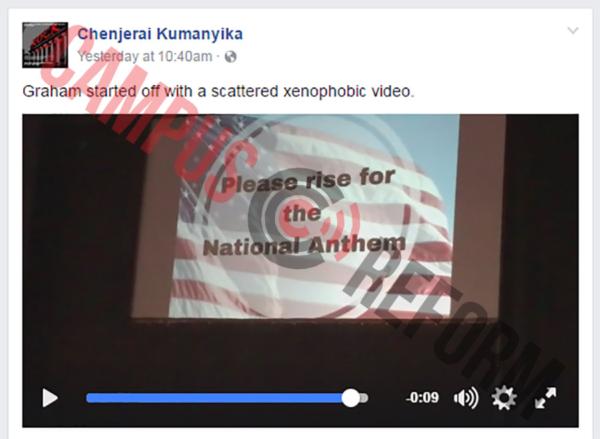 Graham was sporadically greeted with loud booing throughout the town hall, prompting him to point out that “Most of you in here are liberal, compared to most South Carolinians,” to which the protesters screamed back, “Why does it matter?” and “We ARE South Carolinians!”

“You lost an election, and you’re acting like it doesn’t matter,” Graham continued, eliciting even louder disapproval.

On the Affordable Care Act, one audience member told Graham, “I want you to change the healthcare to the same as you have,” causing loud cheers to erupt from the audience until Graham quipped back, “Good. You need to join the Air Force, and serve 33 years, and you’ll get it!”

Graham then decried the low preparedness levels of the Armed Forces, specifically the Army and Navy, while the crowd cheered loudly in disagreement. On the Marine Corps, Graham asked,

“How many of you are happy with the fact that 70 percent of the Marine Corps can’t fly, because of training problems and problems with parts,” Graham challenged them, prompting one woman to screech, “Who cares?” while the crowd cheered all the louder.

“I’m for building the pipeline,” Graham said, asserting that “the EPA under Obama went way too far,” and that “Al Gore made climate change into a religion; I want to make it a problem to be solved.”

Indeed, Graham steadfastly refused to back down throughout the event, encouraging the protesters to consider other perspectives rather than simply trying to shut down debate.

“People came in here thinking that if you yell at me enough, I’ll stop being a conservative Republican,” Graham chided the crowd. “You’re acting like a lot of people out here, who are so upset about Trump, you have no idea what it takes to run a democracy. So bitter, that you can only see one side of the story.”