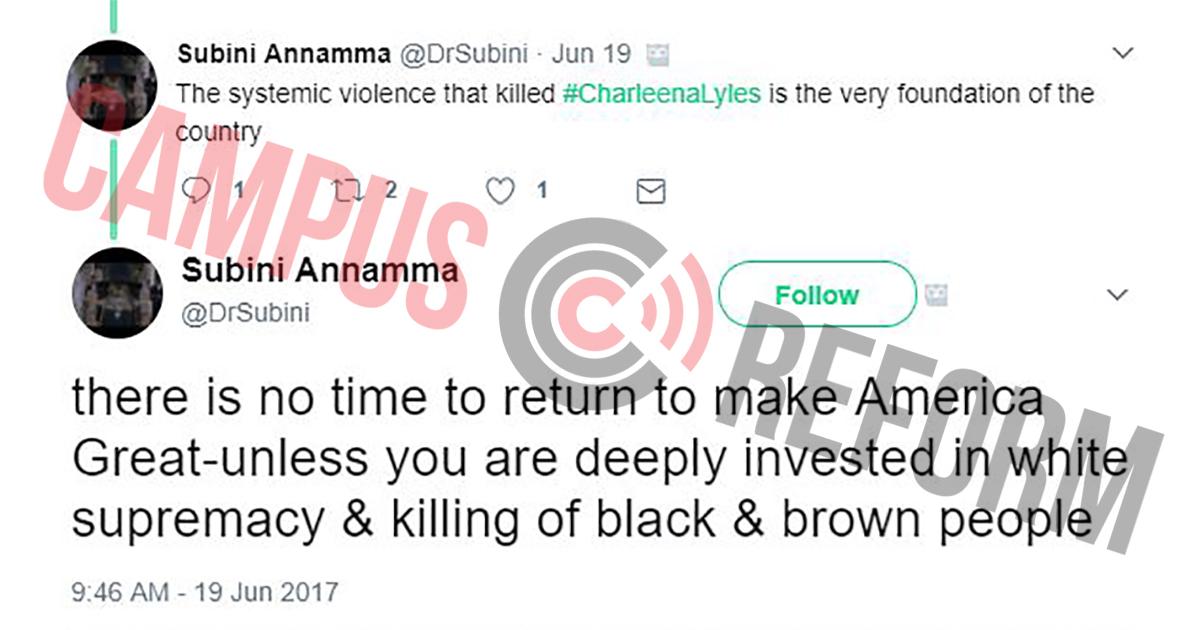 A University of Kansas professor recently asserted that those who believe in Donald Trump’s campaign slogan are “deeply invested in white supremacy” and the killing of minorities.

“The systemic violence that killed Charleena Lyles is the very foundation of the country,” Cr. Subini Annamma declared on Twitter last month, referring to the recent killing of Charleena Lyles by police officers in Seattle.

"There is no time to return to make America great again, unless you are deeply invested in white supremacy."

“There is no time to return to make America great again, unless you are deeply invested in white supremacy & killing of black & brown people...to secure your own white property through racism, ableism, [and] cis-heteropatriarchy,” she added.

“This summer heat implicates us all as we watch black and brown folx die to preserve white people’s rights to kill with impunity,” she continued. “Our lives will never mean as much as theirs and summer seems to be the time they like to remind us that we do not belong.” 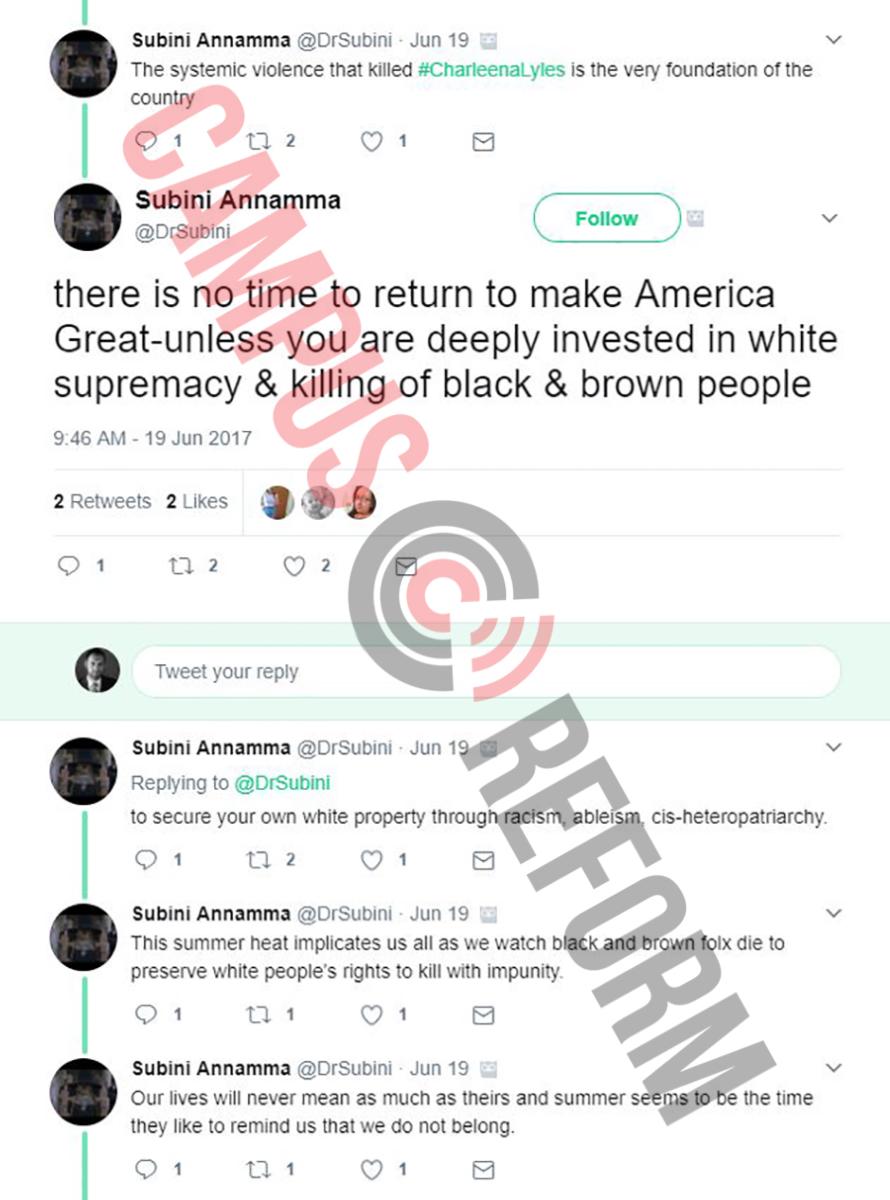 Notably, Annamma tweeted similar remarks in response to the 2016 presidential election, sarcastically thanking “white America” for “reminding people of color how much you hate us” by electing Donald Trump.

“Dear White America, thank you for reminding people of color how much you hate us,” she wrote on the night of the election. “You never loved us. And still we make you better.”

Annamma’s faculty bio states that “her research and pedagogy focus on increasing access to equitable education for historically marginalized students and communities, particularly students of color with disabilities,” explaining that her work “critically examines the social construction of race and ability; how the two are interdependent, how they intersect with other identity markers, and how their mutually constitutive nature impacts education experiences.”

Campus Reform reached out to Annamma to request elaboration on her remarks, but did not receive a response.