A Western Michigan University student says she was surprised by the emphasis her professor placed on an “inclusive language policy” on the first day of a Professional Writing course.

The policy, which calls inclusive language “an ethical obligation,” closely parallels university guidelines that, among other things, advise against the use of words like “mothering” and “fathering” in order to avoid gender bias.

“I just walked in, he passed it out, and said ‘pay special attention to this part, because it matters in our society today,’” Elizabeth Cecchin told Campus Reform, referring to her syllabus given by her professor, Dr. Brian Gogan.

“The use of inclusive language is an ethical obligation in professional writing,” the policy stated. “Inclusive language, for instance, means using the words lay audience instead of layman or even lay woman” [emphasis in original].

In an email interview with Campus Reform, Gogan clarified that “the policy does not have repercussions that would influence a student’s grade,” noting that the syllabus specifies grading penalties for other infractions, such as late assignments, but not for failure to use inclusive language.

“The ‘inclusive language policy’ that appears on many of my syllabi is a version of a policy that I first encountered almost a decade ago,” he explained. “Also, this policy closely resembles the recommendations included in Western Michigan University’s Writing Style Guide.”

Despite the absence of penalties, Gogan averred that “the inclusive language policy is one that is aimed at helping my students practice writing strategies—strategies that will contribute to their professional success by allowing them to avoid crafting error-filled documents,” adding that “in many professional settings, producing an error-filled document does have repercussions and often those repercussions negatively affect the writer of that document.”

Gogan concluded that “in short, the policy encourages accuracy,” giving the example of a writer deciding whether to refer to an individual named “Chris Jenkins” as either a chairman or a chairwoman.

“As writers, we have an obligation to be accurate and, in this instance, a writer would be making a more accurate, less error-prone, and more inclusive choice if that writer addresses ‘Chris Jenkins’ as ‘Chair’ or ‘Chairperson,’” he concluded.

In addition to the common admonitions against terms like “fireman” and “mankind,” the guide also advises that students avoid the words “mothering” and “fathering,” suggesting “caring” or “nurturing” in place of “mothering” and “begetting, creating, [or] fostering” as an alternative to “fathering.”

However, the guide also includes several tips for employing gender-neutral language in non-obtrusive ways, proposing that students eschew female-specific terms like “actress” and “comedienne” in favor of the terms “actor” and “comedian,” which the school says “can apply equally to men and women.”

Similarly, it warns against “writing that is awkward for the sake of gender equity,” encouraging students to write in the plural so as to use “their” instead of “him/her.” 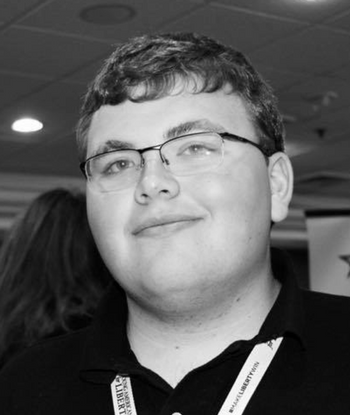