University of Florida employees give $101K to Biden, just $26K to Trump

A Campus Reform analysis found that an overwhelming majority of campaign donations from University of Florida staff, faculty, and administrators were to Joe Biden.

Employees at the University of Florida overwhelmingly donated to Democratic presidential nominee Joe Biden’s presidential campaign between 2019 and 2020, according to an exclusive analysis by Campus Reform.

The public data used to analyze the political leanings of faculty, staff, and administrators was taken from the Federal Election Commission.

Specifically, faculty members at UF donated $59,365.04  to the Biden campaign while staff members donated $28,305.15, and administrators donated $13,335.15 to the Democratic presidential nominee.

Faculty members at UF donated just $3,176.12 to the Trump campaign, while staff donated $2,784.91 and administrators donated $20,721 to the current Republican president's re-election effort. 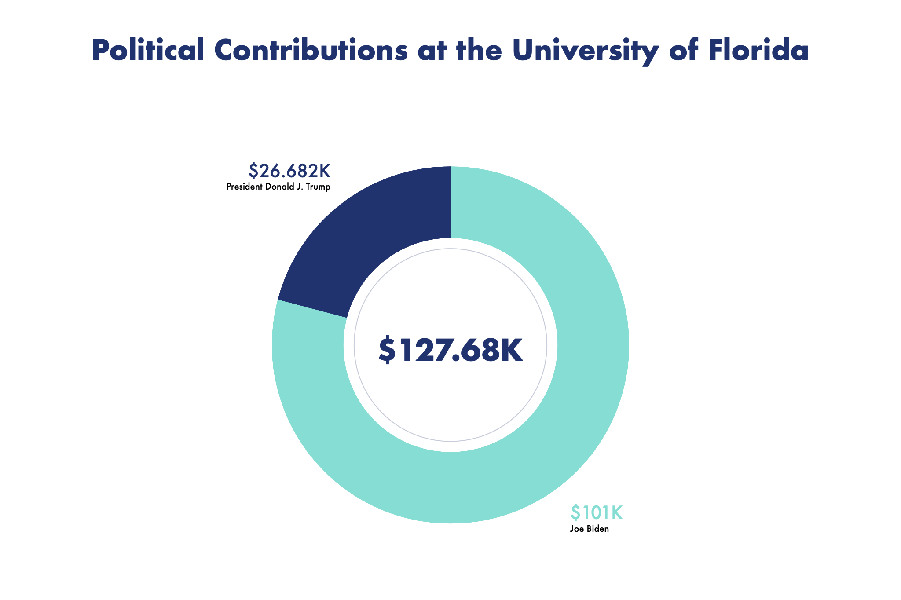 In the last general election, voters in Florida preferred Donald Trump over Hillary Clinton, 48.6%-47.4%, according to the New York Times.

Campus Reform has performed this analysis with employees at other institutions of higher education and has found that their donations overwhelmingly swing to the left. For example, employees within the University of California system were among the top contributors to the Kamala Harris presidential campaign, giving more than $62,000, according to a Campus Reform analysis.

At Stanford University, employees contributed $31,735.93 to her campaign, according to a separate analysis by Campus Reform.