The University of Nebraska student government voted to support a state bill to protect student journalism.

A Nebraska senator introduced a bill to protect student journalists in secondary and postsecondary schools.

Both the student and state government actions seek to combat administrative pressure.

The student government of the University of Nebraska system passed Government a bill supporting state efforts to protect independent student journalism regardless of viewpoint.

Specifically, the legislation advocates for the independence of student news organizations from the campuses with which they are affiliated. The justification for this is to prevent school administrations from censoring or otherwise violating the integrity of a free press. The bill states, “Student journalists should not receive repercussions from university administration for reporting stories that are fact.”

The bill also notes, “Student journalists should always be granted their First Amendment rights and be allowed to exercise those rights how they see fit.”

This mirrors legislation that was introduced earlier recently in the Nebraska state legislature.

“A student journalist has a right to exercise freedom of speech and of the press in school-sponsored media, regardless of whether the media is supported financially by the postsecondary educational institution, supported by the use of the facilities of such institution, or produced in conjunction with a class in which the student journalist is enrolled," the legislation states.

The financial qualification in the state legislation is particularly important for the Daily Nebraskan, the student news organization at NU, which has to “fight every year” for its funding to come via student fees instead of the NU budget, according to The Daily Nebraskan editor-in-chief Karissa Schmidt.

The Daily Nebraskan editorial board urged its readership to help the publication maintain its independence from NU.

Furthermore, the state legislation protects all expression by student journalists unless it “is libelous or slanderous; constitutes an unwarranted invasion of privacy; violates federal or state law; departs from prevailing journalistic ethical standards; or so incites students as to create a clear and present danger.”

This is the third attempt by state Sen. Adam Morfeld to protect the free press on campus. Morfeld told Campus Reform, “When I was in high school I ran an alternative news publication and was threatened with expulsion. Ever since then I have been passionate about protecting student journalists’ rights.”

Morfeld, a Democrat, gained five co-sponsors: four Democrats and one Republican, making it a bipartisan effort. The Republican is 24-year-old Senator Julie Slama, who was the third-youngest senator to serve in the unicameral at her appointment in 2019 to fill a vacancy.

The bills by the University of Nebraska student government and Morfeld stand counter to previous behavior by NU. In 2017, university officials confronted a student representative of Turning Point USA at UNL, NU’s Lincoln campus, twice in one day. The first event involved a university employee requiring a student to use a “free speech zone,” and later, a group of students and professors who displayed signs and directed chants toward the TPUSA representative. The university spoke out against the actions of graduate teaching assistant Courtney Lawton toward the student, saying she did not meet the school's "expectations for civility."

Regarding the message of the student legislation, Chairman Cameron Collier of the student government's Government Liaison Committee told Campus Reform, “Student journalism is paramount to university life. By showing our support for LB 88 in the Nebraska State Legislature, we are showing that ASUN and the students of UNL wish to protect student journalists and their First Amendment rights.”

The University of Nebraska did not respond to Campus Reform’s request for comment. 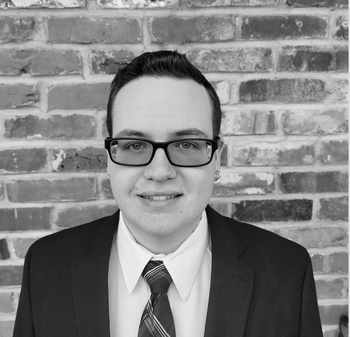