On this week’s episode of the Campus Countdown, Campus Reform reporter Addison Smith slammed former Obama Secretary of Education Arne Duncan for a now-deleted tweet in which he compared "anti-mask and anti-vax people" to the suicide bombers in Kabul after they murdered 13 American service members in Afghanistan. 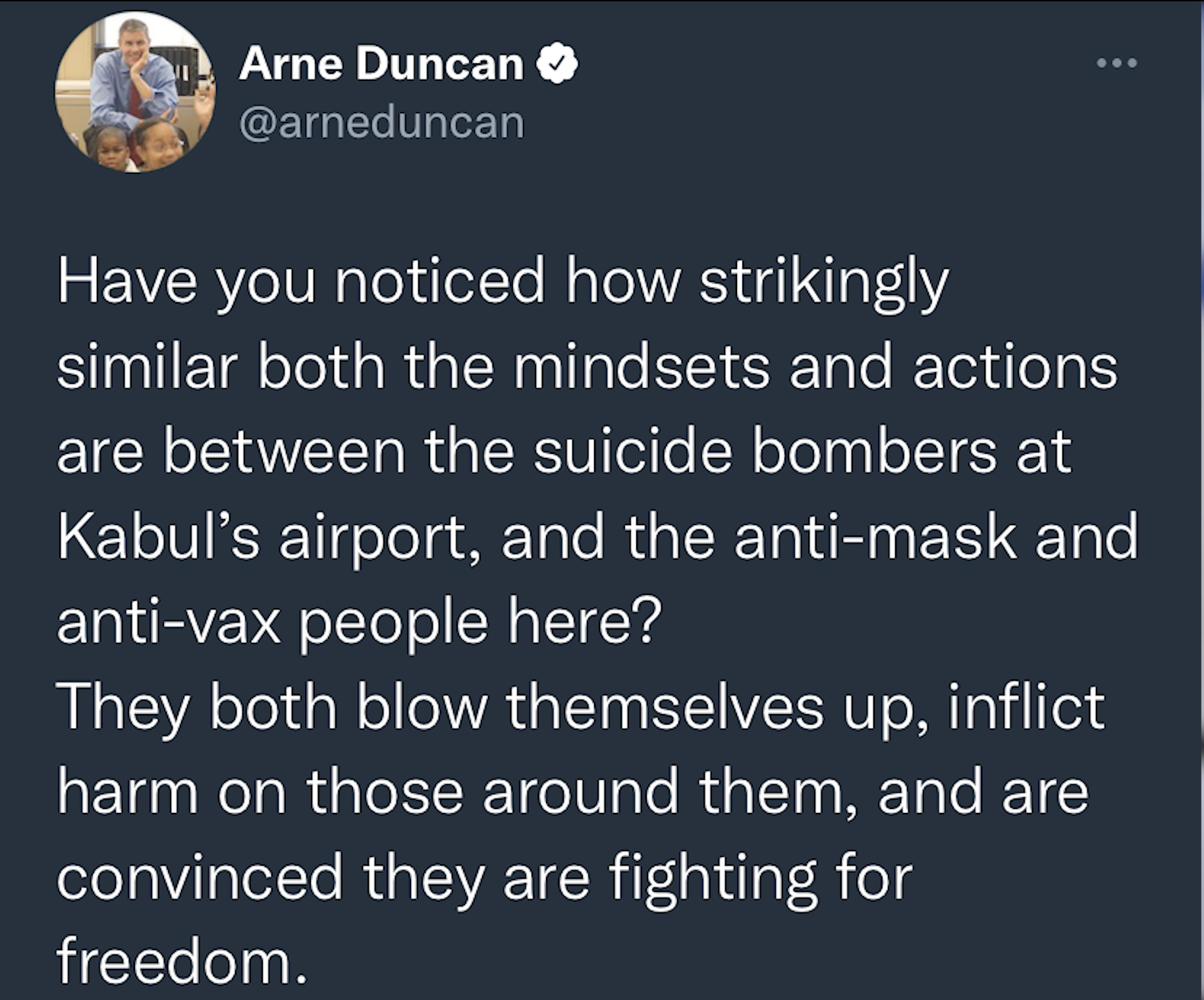 “Have you noticed how strikingly similar both the mindsets and actions between the suicide bombers at Kabul’s airport, and the anti-mask and anti-vax people here?” he wrote. “They both blow themselves up, inflict harm on those around them, and are convinced they are fighting for freedom.”

“I can’t help but point out how obviously disgusting and shameful this is. Thirteen American families are mourning the murders of their loved ones at the hands of radical Islamic terrorists, and you’re going to use that as a cheap hit on conservatives who don’t want to be forced to get vaccinated or wear a mask? [That’s] sickening stuff.

Watch the full episode above.