Recently, a MeAnna Durham set up a display at Michigan State University charging $10 for masks to White students, but giving them away for free to non-White students.

Campus Reform spoke with students at MSU about the viral incident, which was part of a class project, according to the student who organized the table.

A student's tabling stunt went viral Oct. 26 when the Michigan State University student set up a display on campus providing free masks to classmates, but charging White students $10 for the protective equipment.

The sign read: “Free masks and gloves for MINORITIES ONLY!! $10 PER ITEM for White People!!”

Student MeAnna Durham told The Morning Watch, a student-run newspaper at the university, that her display, which was taken down within 24 hours, was for her Experimental Design class and met with the professor's approval.

“So the point of this project is to demonstrate how minorities and disabled persons have been negatively impacted by the pandemic versus other groups. I wanted to reverse the privilege and show how it feels to be discriminated against based off skin or disability,” Durham tweeted that day. 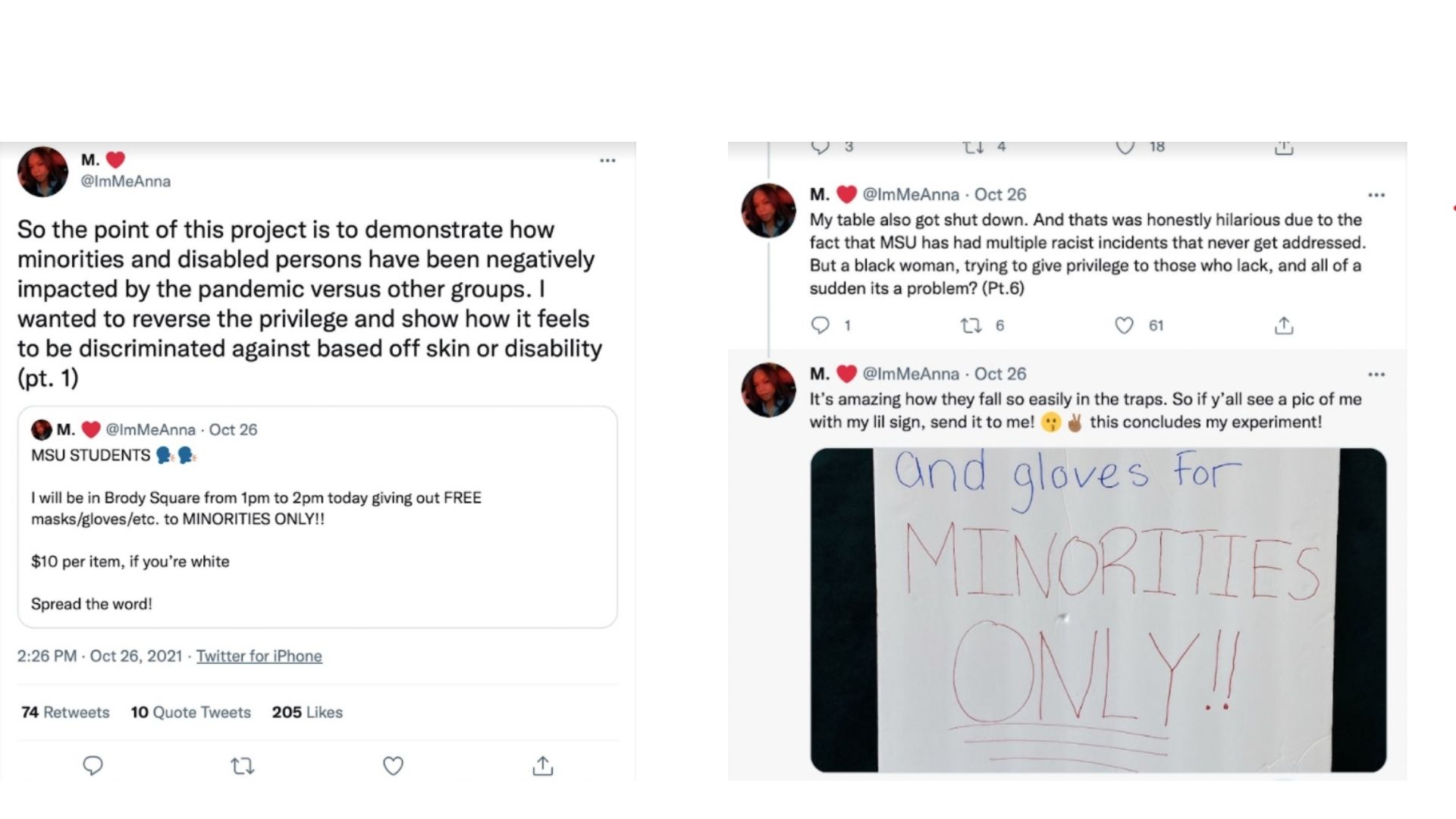 Campus Reform spoke with students at the public university about Durham charging White students money for the masks.

Matthew Bauerle, a graduate student, said he was confused about what the project was trying to prove.

“An explicit goal was to get people to say ‘what if it was reversed’ which the student said was the actual case in the USA. I don’t know of any place that explicitly gives out product to white people for free but price gouges minorities,” Bauerle told Campus Reform.

Bauerle also explained why the social experiment was not a good idea, and how it may have broken university guidelines.

“My opinion was that it was a disgusting project that explicitly violates University policy. Because masks are required for most indoor activities, it could be interpreted to be a white only fee for activities," he said. "The fact that this was a class project makes it worse because it was approved by a professor.” 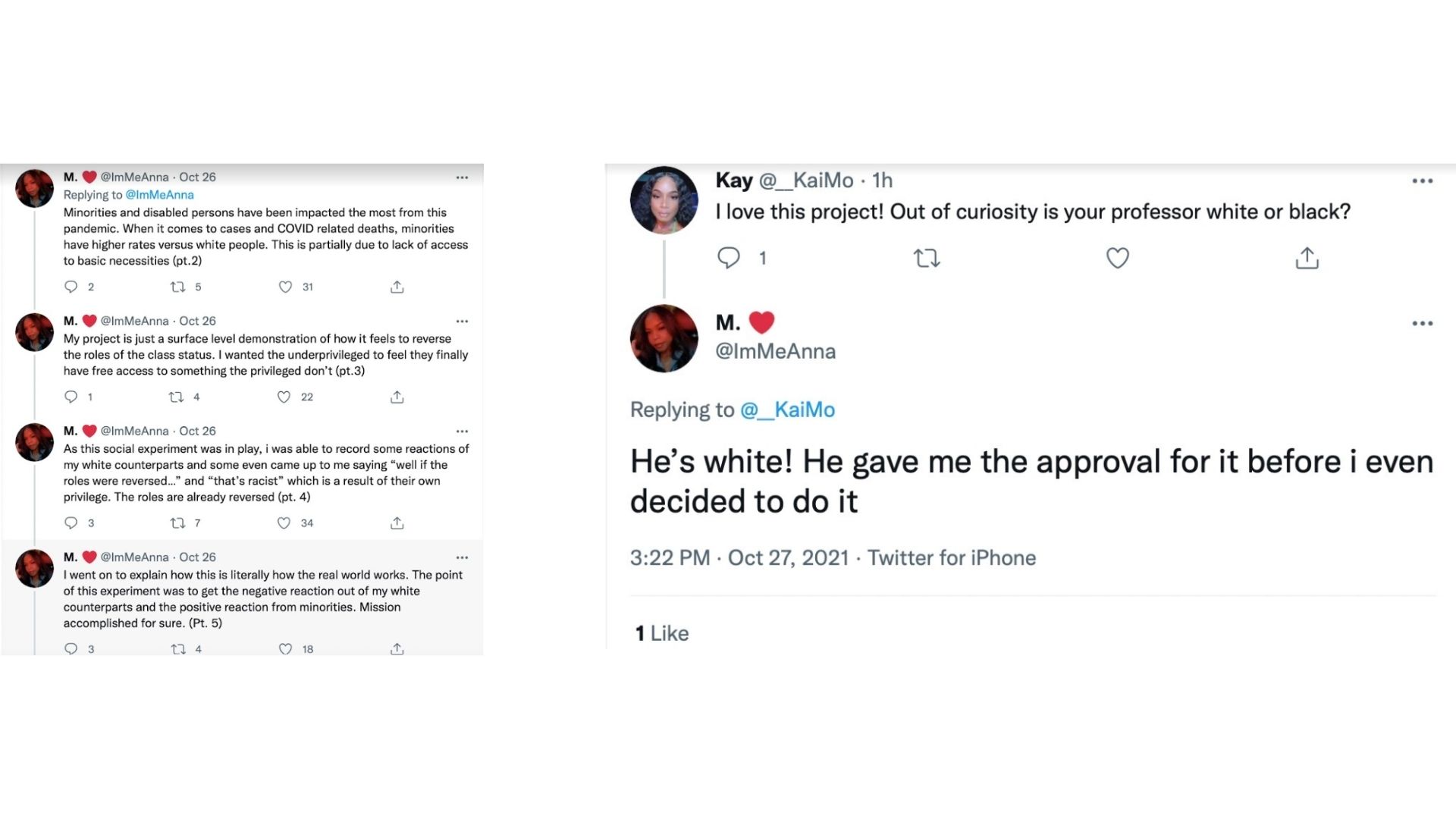 Ronin Hackworth, also a student, told Campus Reform, “There’s a weird fascination with race in universities and MSU is certainly no expectation to that.”

Hackworth added, “With the university the way it is, I’ve learned to just kind of roll my eyes and get on with my day.”

Campus Reform reached out to Michigan State University for comment, but did not receive a response.