Thomas, who attends the University of Pennsylvania, competed as a man for two seasons before 'transitioning,' which gives the athlete a physical edge many argue is unfair to female athletes.

Thomas, who attends the University of Pennsylvania, competed as a man for two seasons before "transitioning," which gives the athlete a physical edge many argue is unfair to female athletes.

Here are five times the controversy over trans athletes reached new heights in 2021.

Florida Gov. Ron DeSantis signed a bill on June 1 that bans biological men and boys from competing in women's and girls' sports. SB 1028 defines an athlete's gender as the sex listed on their birth certificate. It applies to public high schools and colleges in the state.

DeSantis told Fox News, “I have a four-year-old daughter and a one-year-old daughter. They’re both very athletic. We want to have opportunities for our girls. They deserve an even playing field, and that’s what we’re doing”.

In April, the NCAA released a statement affirming its support for “the opportunity for transgender student-athletes to compete in college sports.” The statement closed by saying, “Only locations where hosts can commit to providing an environment that is safe, healthy and free of discrimination” should be selected for championship events.

Presumably referring to states’ moves to stop biological males from competing in girls’ and women's sports, the NCAA stated that it will “continue to closely monitor these situations to determine whether NCAA championships can be conducted in ways that are welcoming and respectful of all participants.”

In February, the Department of Justice and Department of Education dropped their support of a lawsuit to protect women's sports in Connecticut.

The athletes sued the Connecticut Interscholastic Athletic Conference and the boards of education in five municipalities, claiming that allowing transgender athletes to compete in women's sports deprives biological women of the ability to compete fairly and hurt their chances for college scholarships.

Both agencies withdrew their filings in support of the plaintiffs, who were three female high school track athletes, according to NBC Connecticut.

Sen. Mike Lee (R-Utah) introduced a bill in January that would require federally funded institutions, including public universities, to allow only biological women to compete in women's sports.

The Protection of Women and Girls in Sports Act would establish that, under Title IX, a person's sex is determined "solely on a person's reproductive biology and genetics at birth."

This bill counters President Joe Biden's executive order on the matter, which asserts that legal prohibitions on sex discrimination also apply to discrimination based on gender identity. Transgender athletes would still be permitted to participate, but they would be required to compete on the team that matches the sex they were assigned at birth.

The "Mississippi Fairness Act” was signed by Gov. Tate Reeves within days of passing the legislature, per NBC News.

By defining men's, women's, and co-ed teams by sex, the bill required transgender athletes to play on the team that matches their biological sex and not the one that matched their gender identity.

In June, the Biden administration released a notice of interpretation stating that it believes Title IX also applies to gender identity, not just biological sex.

This signaled that keeping biological men out of women’s sports may be considered discrimination in the eyes of the Executive Branch.

The notice came in the wake of the Supreme Court ruling in Bostock v. Clayton County, in which the Supreme Court decided that employers could not discriminate based on an employee or applicant's transgender status or sexual orientation. 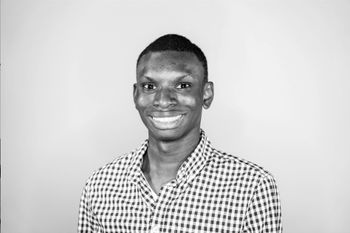 Joshua Odutola is a Georgia Campus Correspondent with Campus Reform. He is currently pursuing a degree in electrical engineering at Kennesaw State University. He is President of his Students for Life of America Chapter while being involved with his YAF chapter as well.