Quidditch to be renamed due to J.K. Rowling's 'anti-trans positions'

US Quidditch and Major League Quidditch have decided to rename the Harry Potter-inspired sport.

Campus Reform spoke with current college Quidditch players who are disappointed with the announcement.

US Quidditch and Major League Quidditch announced Dec. 15 that the organizations will select a "new name" for the Harry Potter-inspired sport over what they describe as author J.K. Rowling's “anti-trans positions in recent years.”

Martos told Campus Reform that she “understands why they would want to do that,” but said the decision might be “a little extreme.”

“I wouldn’t have even considered playing the sport if I wasn’t a Harry Potter fan,” said Martos said. “I think it’s a good idea to change the name for expansion and legal reasons, but I think the sport should still be associated with Harry Potter because that’s where it originated and it’s a large reason why it’s so popular.”

The Flagler student's reference to "legal reasons" refers to the leagues' assertion that changing the sport's name would enable them to expand the sport beyond the confines of "Quidditch" trademark protections.

As a collegiate sport, Quidditch was started by Middlebury College students Alex Benepe and Xander Manshel in 2005 and has grown in popularity across college campuses since.

Though Rowling created the celebrated Harry Potter series, she has come under scrutiny in recent years for a string of feminist comments.

Mass criticism of Rowling started in December 2019 when the author expressed her support for Maya Forstater, a British researcher who had been fired from her job for asserting that sex is real.

Dress however you please.
Call yourself whatever you like.
Sleep with any consenting adult who’ll have you.
Live your best life in peace and security.
But force women out of their jobs for stating that sex is real? #IStandWithMaya #ThisIsNotADrill

In a June 2020 essay on her website, Rowling detailed her reasons for speaking out on sex and gender issues.

"When you throw open the doors of bathrooms and changing rooms to any man who believes or feels he’s a woman...then you open the door to any and all men who wish to come inside. That is the simple truth," Rowling wrote.

Last month, Rowling criticized the Scottish police for labeling male rapists as “female” if they claimed to self-identify as transgender women.

War is Peace.
Freedom is Slavery.
Ignorance is Strength.
The Penised Individual Who Raped You Is a Woman.https://t.co/SyxFnnboM1

Accordingly, the USQ/MLQ announcement provided a political rationale for its decision to adopt a new name.

“Our sport has developed a reputation as one of the most progressive sports in the world on gender equality and inclusivity, in part thanks to its gender maximum rule, which stipulates that a team may not have more than four players of the same gender on the field at a time,” the leagues' statement said.

[RELATED: Education Sec. Cardona does not answer 'how many genders are there?' during testimony]

“Both organizations feel it is imperative to live up to this reputation in all aspects of their operations, and believe this move is a step in that direction," it continued.

But Ramon Gonzales, a player with Texas A&M Quidditch, is also disappointed with the departure from Rowling's word.

“There is a magic in playing ‘Quidditch’ that I feel would be lost,” said Gonzales to Campus Reform. “If it isn’t Quidditch, I fear it will lose that magic that makes a kid dream of playing it one day.”

Campus Reform reached out to USQ, and MLQ for comment. Alex Benepe could not be reached for comment; this article will be updated accordingly. 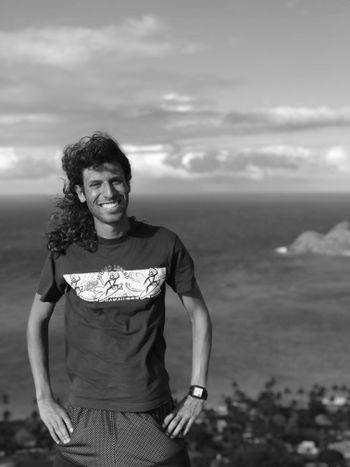