The t-shirt sales were part of a fundraiser for Lambda Legal, a pro-LGBTQ+ legal organization.

In a now-deleted Instagram post, the university's faculty senate took credit for the t-shirt design. The garment is being sold online for $35 each to fundraise for Lamda Legal, a "national legal organization" that advocates for the LGBTQ+ community. 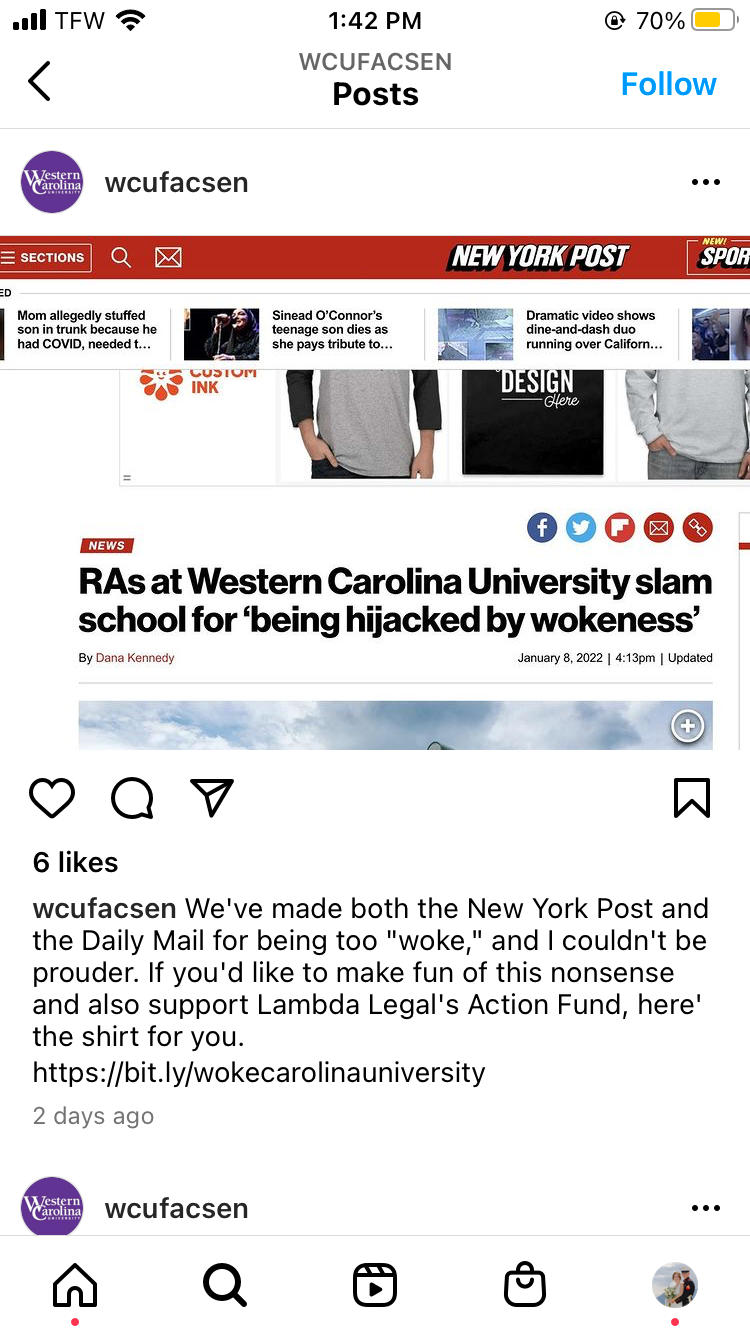 The organization Trans Student Educational Resources created the animal mascot for its training guide. Campus Reform has reported on training featuring the Gender Unicorn at the University of Hawaii at Manoa, University of Wisconsin-Whitewater, Ball State University, and Monmouth University.

"Creating a fundraiser in response to the manufactured outrage and fear-mongering inherent in stories like this one that seek [sic] to make work towards diversity, equity, and inclusion scary," the fundraiser's text states.

Katie Sanders, an RA at Western Carolina University, explained to Campus Reform that such trainings are “put into all RA’s training schedules at the beginning of each semester."

Additionally, Sanders said she was surprised that the faculty senate decided to design the t-shirt and take down the post promoting the item.

"I honestly expected a different reaction," she said.

The faculty senate, according to Stirewalt, "is supposed to represent the faculty at Western Carolina, and they're using their platform to push intolerance and hatred to students who they disagree with.”

"Grown adults treating an important matter in this way is not the path to inviting conversation, debate, and understanding of each other's differences in a respectable manner," student Collin Phelan added.

Last week, Fox News reported that Sanders, who recently appeared on the news channel, has received death threats and is now facing a petition calling for her demotion.