Campus Reform reported on May 3 that the University of South Carolina-hosted by Moore Business Success Academy made its workshops and eligibility for a $5,000 scholarship available only to non-White applicants.

The application link went down after Campus Reform's coverage of the program.

A University of Michigan professor filed a Title VI complaint against the University of South Carolina (U of SC) for hosting a workshop that only accepted non-White students.

"In violation of Title VI, the University’s Business Success Academy will illegally exclude and discriminate against some students on the basis of race, color and national origin," Mark Perry, a professor emeritus of economics, wrote to the DC Office of Civil Rights on May 4. 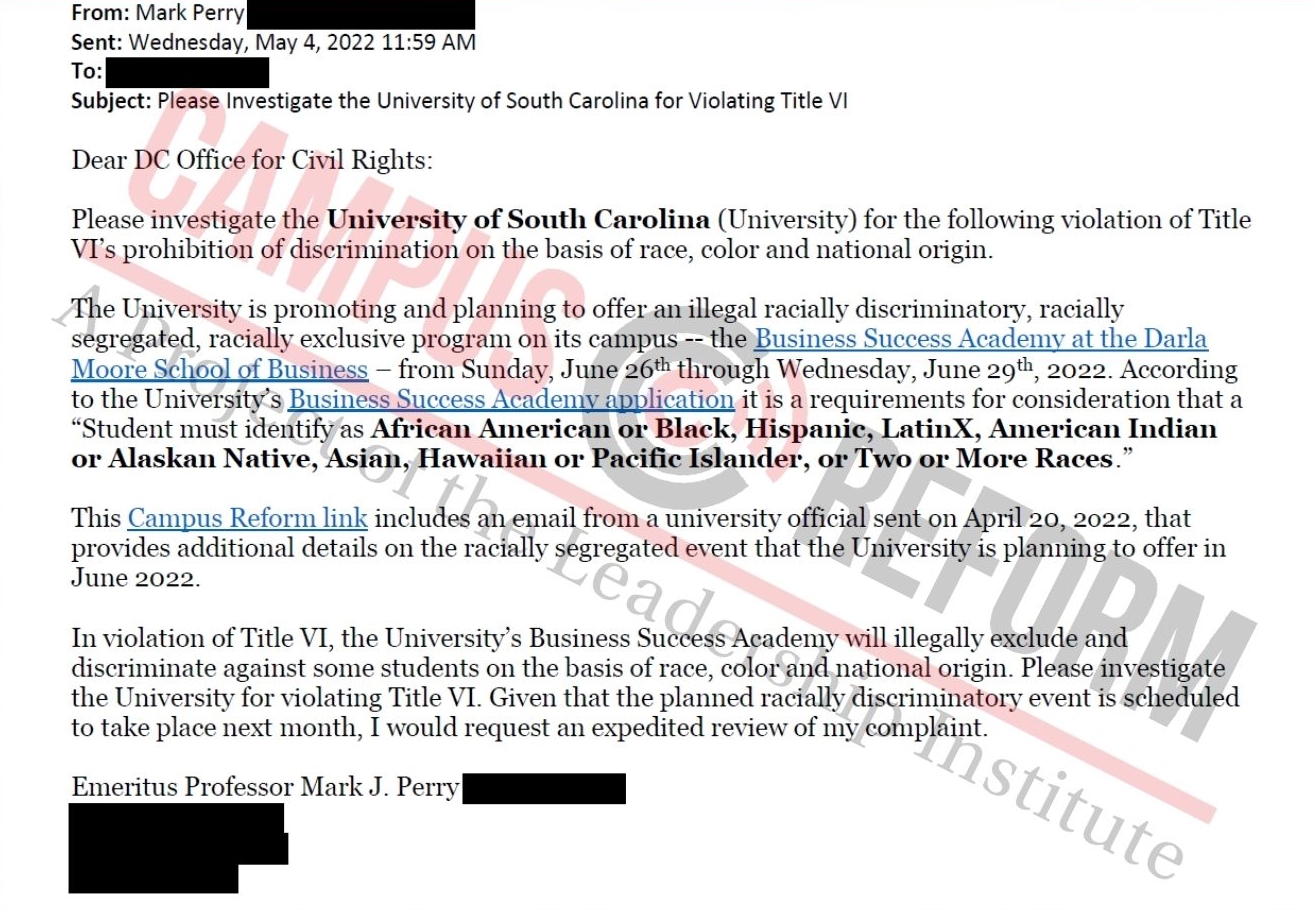 Campus Reform reported on May 3 that the university-hosted Moore Business Success Academy made its workshops and eligibility for a $5,000 scholarship available only to non-Whtie applicants.

The application link went down after Campus Reform's coverage of the program.

"This form has been deactivated and is closed to any further submissions," the message reads. 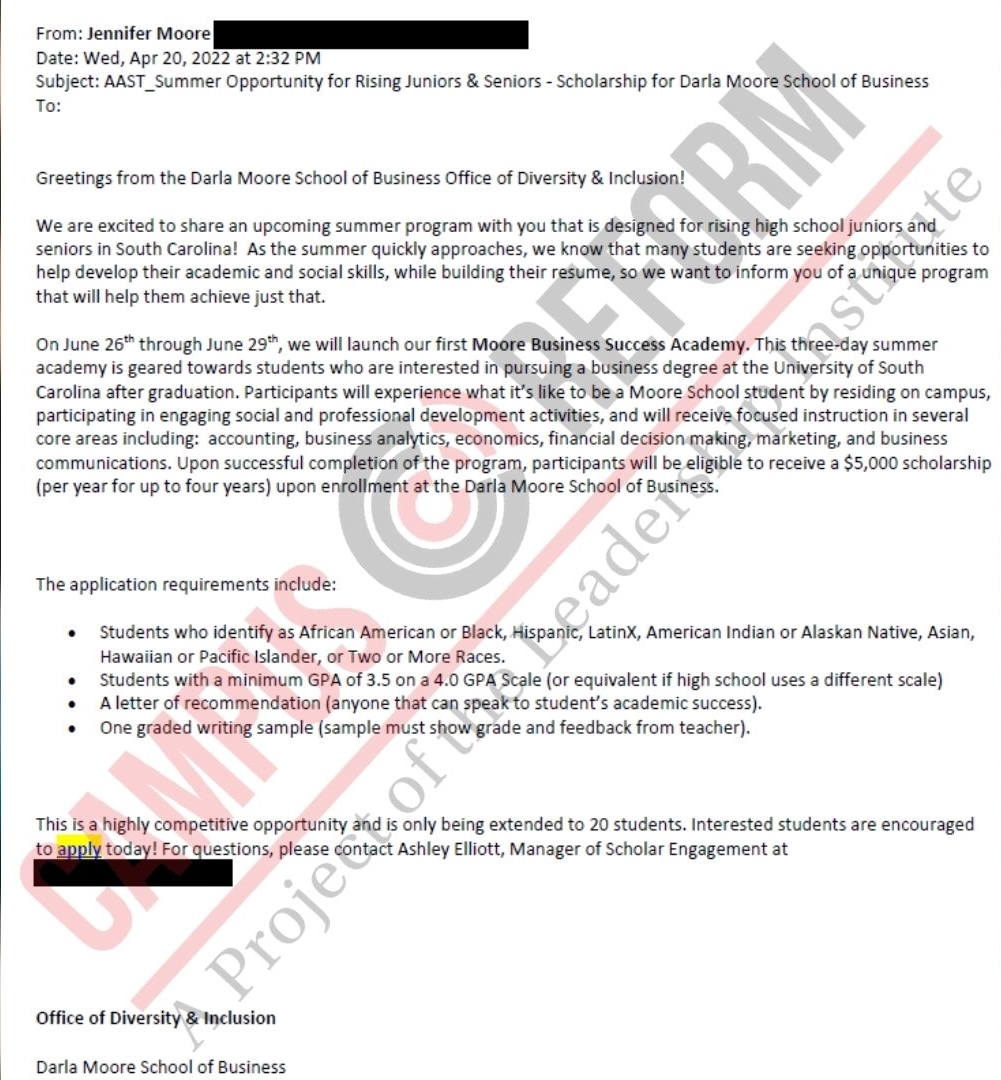 "I guess they never bothered to check with the lawyer to find out that it was clearly a legal violation of federal civil rights laws," Perry told Campus Reform.

Campus Reform reached out to the University of South Carolina to confirm the reason why the link is no longer live. As of this writing, the university has not provided a reason.

Title VI of the Civil Rights Act of 1964 "prohibits discrimination on the basis of race, color, or national origin" in any federally funded program or activity.

"Universities violate civil rights laws so frequently because they assume they won’t get caught or exposed," Perry said.

Perry noted that it may take between six months to one year before the complaint is addressed by the federal office.

Per the application, the workshop was scheduled to take place from Jun. 26 to 29. While it is currently unconfirmed whether the workshop will proceed as planned, Perry stated that it is his goal to have the program expanded to include all interested high school students regardless of race.

"I think the ultimate outcome goal [is] just for them to not discriminate on the basis of race and color, which they should have known in the beginning," Perry remarked. "But, now that they've gotten caught, that's what my goal is for them."

Perry has a history of challenging universities that promote programs that he claims discriminate against race, color, national origin, or gender.

To his count, he has currently filed 646 complaints regarding Title VI and Title IX. Of those complaints, 246 resulted in federal investigations, of which 152 were ruled in his favor.

Perry is optimistic the USC complaint will result in a favorable outcome.

"There's just no legal defense for them to be able to continue with that program in its current format, and the current restrictions that they have on eligibility requirements," he said.

In addition to the university, Campus Reform contacted the Office of Civil Rights for comment. This article will be updated accordingly.