A Campus Reform analysis of student budgets found that Florida universities are spending tens of thousands of dollars on LGBTQ+ and DEI initiatives.

The University of Miami estimates the 2022-2023 academic year will cost undergraduate students a total $78,640.

An analysis of Florida universities also supports this finding.

The Black Student Union received $38,960. PRIDE received $34,660. Additionally, $27,810  was set aside for the Hispanic/Latinx Student Union. These three organizations received the most student government funding of all campus agencies.

The PRIDE student union received $6,750 for "Clothing and Awards."

Additionally, the President's Council on Diversity & Inclusion awards mini-grants of up to $1,000 to "projects that further the diversity goals of the University."

According to data from How Colleges Spend Money, FSU spent $1,625 per student on student services costs in 2020.

[RELATED: Ben Shapiro had a 'blast' with leftist students shaken by his appearance at FSU]

Additionally, the AntiRacist Leadership Project “empower[ed]” students to “undertake their own social justice projects and research.” 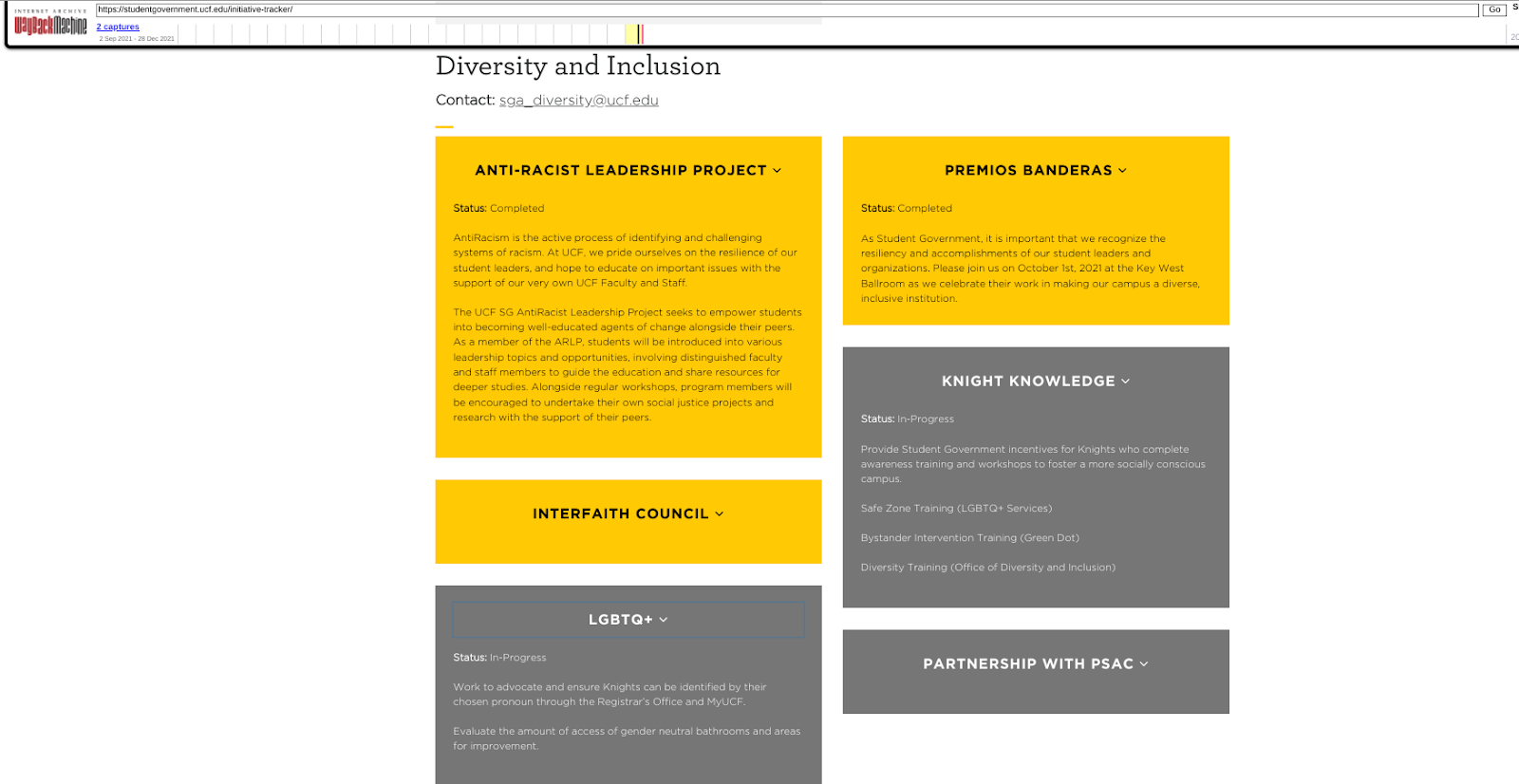 In-state tuition, fees, room, and board amount to $17,452 at UCF for in-state students.

The UM Student Government’s 2021-22 accomplishments included changing the constitution to include gender-neutral language and passing a recommendation for the Office of the President to “release a statement for Black Awareness Month for years to come.”

The latter presentation prompted students to “use your privilege to speak up.” According to the presentation, harassment includes “Intimidating looks and staring (and) Comments about appearance.”

The Student Government also submitted a "formal petition to declare Juneteenth a university-wide holiday” to allow time for “contemplation.”

Additionally, the Office of the President awarded mini-grants that "explicitly addresses issues related to anti-Black racism and racial justice" for the 2022-2023 year. The grants ranged from $500 to $5,000.

[RELATED: 'SAY WHAT?!': Miami students told that 'microaggressions can hurt']

In 2020, the University of Tampa spent $3,128 per student on student services costs. The private university places an emphasis on DEI initiatives, as well.

UTampa Pride hosts an annual drag show for students. Other annual events include De-stereotype Me Day and The Coming Out Chronicles.

The Office of the Registrar allows students to submit a change of gender form.

A 2021 report by the American Council of Trustees and Alumni (ACTA) found that increased spending on student services is correlated with higher costs for students and minimal to no improvement in four-year graduation rates.

Undergraduates at UT can expect to spend $45,878 for the upcoming academic year.

Campus Reform contacted every organization and school mentioned in this article and will update accordingly.