Leftist students attempted to disrupt two events hosted by Turning Point USA at the University of Texas at Austin on Oct. 12.

The first was a “Prove Me Wrong” tabling event in the afternoon associated with Charlie Kirk’s “Live Free” tour, where students were asked to contest the statement “Abortion should be illegal.” He later delivered a speech at the University's Alumni Center that evening.

TPUSA UT Austin Chapter President Damion Fisher told Campus Reform that “as soon as [Kirk] got here…it was just like everybody started crowding around him.”

“It was probably around 50 or so people that stood around pretty consistently listening to him for that whole two hours,” he said.

Fisher also commented on the negative reactions from the community: “I think that comes a lot from the professors that we saw whenever we were tabling…it was mostly the professors who were kind of acting ridiculous.”

Kirk’s tabling event generated a sizable crowd with the many students lining up to speak with Kirk over the topic of abortion.

At one point during the discussion, a group of students began playing carnival music, shouting, and dancing around in an attempt to drown out Kirk’s speaking. A university official, however, put an end to the music-blaring.

At another point during the event, a man in a mask proceeded to tell Kirk “F*ck you. Who cares? You’re here to just make fun of us.”

Further down the walkway was student volunteer Austin Barthel carrying a sign for the event stating “Prove Me Wrong: Abortion Should Be Illegal” and shouting “if you disagree with the sign, go debate [Kirk].”

One of the videos obtained by Campus Reform shows a woman saying “you are such a f*ck face…god” to Barthel.

Barthel said he “was trying to bring people to the table” but “a few people spit at me, some students tried to take my sign, I got flipped off and cursed at, [and] a few individuals tried to start a quarrel with me.”

“[S]urprisingly a faculty member on campus told me ‘I don’t talk to Nazis’,” he continued.

In a video posted the day of the events by TPUSA South Central’s Instagram account, a man can be seen shouting “f*ck off fascist scum” and flipping the middle finger toward some of the volunteers.

Later, at around 7 pm, Charlie Kirk spoke to a filled audience.

Fisher told Campus Reform “It was between 400-500…we had to add more chairs because we exceeded the expectations of how many would show up.”

However, soon after Kirk took the stage a heckler got up, shouted expletives, and proceeded to flip off the room, footage obtained by Campus Reform shows.

A spokesperson for the UT Austin Police confirmed the incident in a statement to Campus Reform, stating that “on October 12, 2022 around 7:12 pm., UTPD responded to a disturbance at the alumni center. A subject began yelling during the event and was asked to leave by event staff.”

“While the subject was leaving, he damaged merchandise that belonged to the organization putting on the event. When officers arrived and witnessed this, they detained the subject and issued him with a criminal trespass warning for the building. The investigation is still ongoing,” the officer concluded.

In his speech, Kirk thanked the UT Administration for having “a commitment to free speech.”

Fisher agreed with Kirk, stating that “the administration was generally very helpful throughout all parts of the event.”

Barthel reiterated this optimism by saying “as a conservative on campus, I’m happy to know that I’m not alone…I’m glad there are individuals who will hold events…that stand by conservative beliefs and principles. Sure negativity was thrown my way during, but that’s okay.” 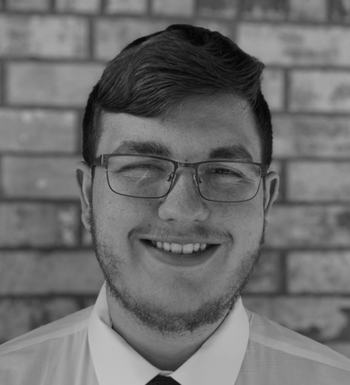 Garrit Blizzard is a junior at the University of Texas at Austin. He is double majoring in government and economics; he is also minoring in finance. He is the Copy Editor for The Texas Horn, a writer for the DC Enquirer, and the campaign coordinating officer for the Young Conservatives of Texas.