The University of California, Los Angeles’ Luskin School of Public Affairs hosted the Muslim American Workshop on December 15, where professors from around the country shared research papers and policy ideas.

University of Washington-Bothell Professor Karam Dana led the Policy/Hybrid session, portions of which were shared by attendees using the Twitter hashtag #MuslimAmericanWorkshop.

According to a Twitter post by Misbah Hyder, the Policy/Hybrid session discussed how Muslim Americans “are integral to minority politics and policies affecting POC [People of Color] generally.”

Another tweet included a list of policy suggestions devised by participants, such as “ban anti-shariah [sic] laws,” “eliminate bans on mosque bldg.,” and “eliminate 1st Amendment protections against hate speech.”

[RELATED: Profs gather to ‘fight the right’ at Socialism 2017 conference] 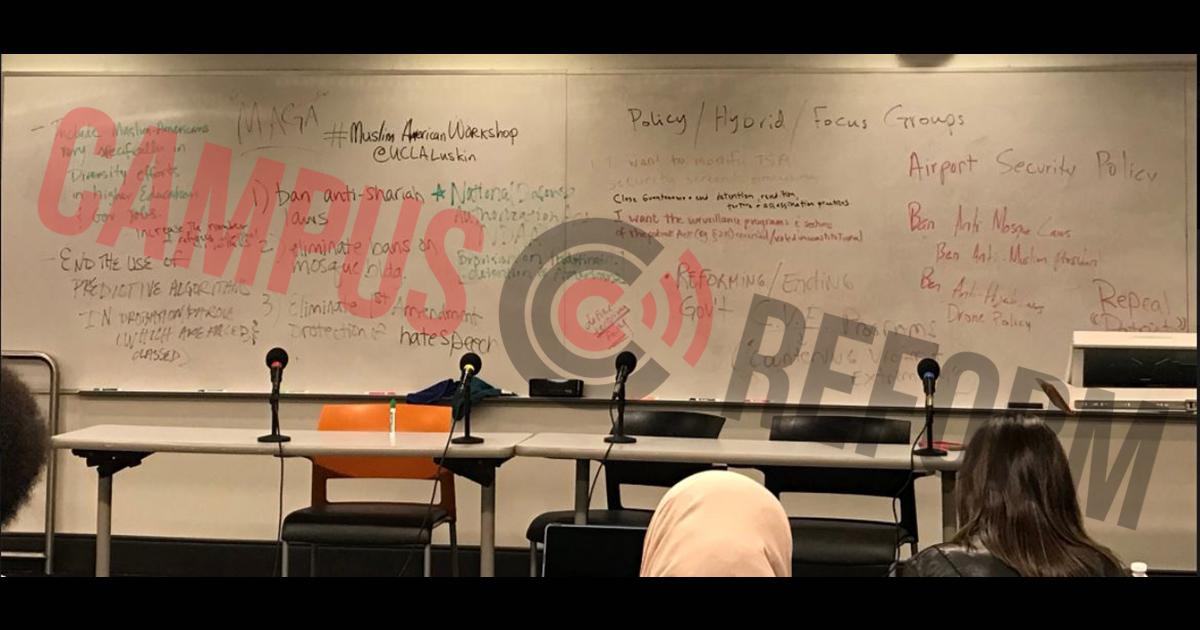 The tweet claims the paper argues that “the general public became more favorable toward Muslims after Trump [was] elected,” but provides no further detail other than to exclaim, “Suck it POTUS!” 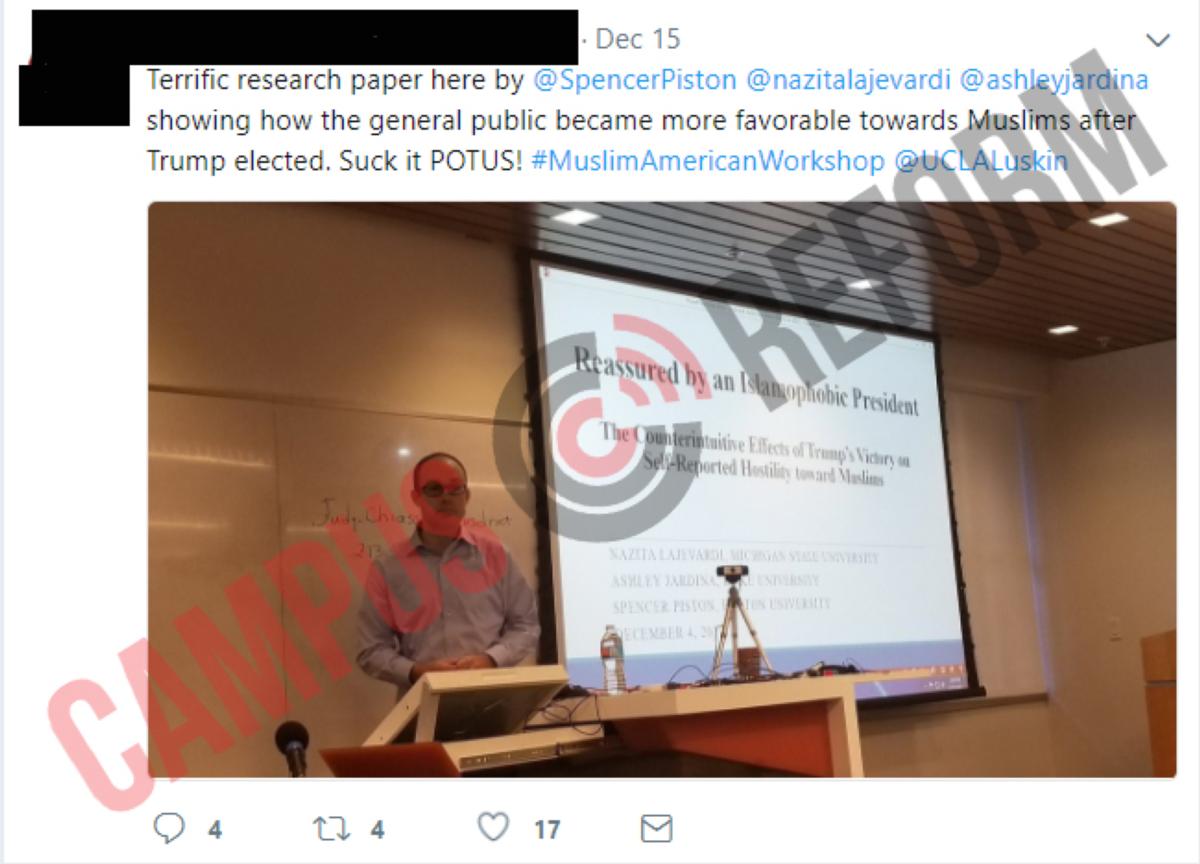 A similar workshop was held last year at Menlo College, which was supported by a grant from the National Science Foundation.

The UCLA workshop was the second annual iteration of the program, which discusses "research on topics such as understanding of Muslim American attitudes, sociopolitical behavior, and identity." In addition to the policy proposals suggested by participants, the group also discussed "strategies and next steps to expand research such as a national study on Muslim Americans," according to the organizers.

Campus Reform reached out to professor Dana, professor Piston, professor Jardina, and Lajevardi for comment, but did not receive responses in time for publication. This article will be updated if and when their comments are received.