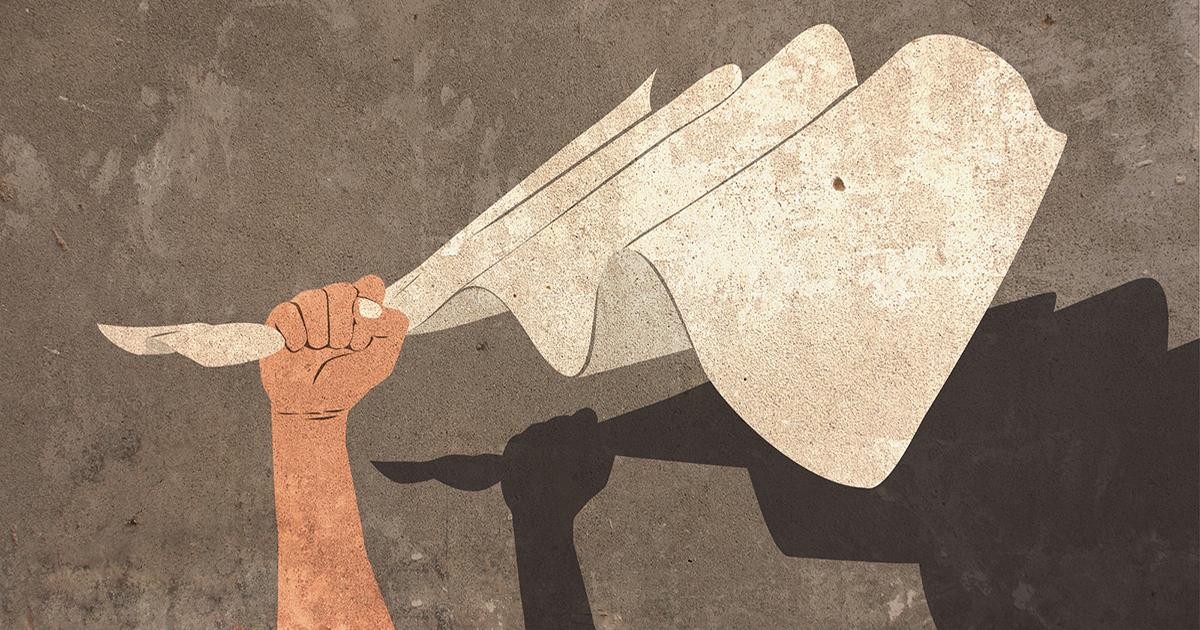 “As many are aware, Lambda Chi Alpha was suspended for a minimum of a year.  After learning this morning about another incident of racial profiling and cultural appropriation that occurred at Sigma Nu six weeks ago, I am announcing today an indefinite suspension of all Panhellenic and Interfraternity Council fraternities and sororities,” Cal Poly President Jeffrey Armstrong announced in a letter to the school community this week, a copy of which was obtained by KSBY.

"I am committed to helping others with my identity understand your struggles and pain, make meaningful changes, and do better for you."

Kyler Watkins, a member of the school’s Lambda Chi Alpha chapter, made headlines last week after photographs surfaced on social media of the student wearing blackface. The incident sparked outrage within the student body, and while Armstrong responded to student demands by issuing punishment to the fraternity, he ultimately refused to expel Watkins.

The second incident, which took place six weeks earlier but was only revealed this week, involved a snapchat photo of three Sigma Nu members at a “non-affiliated” party dressed in stereotypically Hispanic attire. The photo was captioned: “When you get the holmes to take a photo of la familia.”

The fraternity immediately suspended all three members, promised to make “a public apology to all communities affected by this inappropriate behavior,” and preemptively embraced “all other sanctions decided upon” by the university.

Armstrong decried the Lambda Chi incident as “another reminder of the deep, historic and systemic inequities—including acts of racism—[students, staff, and faculty of color] have had to live with and endure on a day-to-day basis,” vowing that he would do his best to work within the limitations of his “identity” to address the issue.

“To our underrepresented students, please know that I carefully consider and understand this fact—as best I can through the lens of my identity,” Armstrong wrote. “I am committed to helping others with my identity understand your struggles and pain, make meaningful changes, and do better for you.”

KSBY reports that students were upset with Armstrong’s initial response to the Lambda Chi incident, holding a demonstration alleging that he is not truly committed to diversity and inclusion because he refused to expel the student, saying an internal review deemed her actions to be protected under freedom of speech.

“Students want action, and I heard this message very clearly during last week's town hall discussion,” Armstrong noted in his letter, but while he was willing to impose a blanket ban on Greek life, he said his hands are tied when it comes to punishing specific students.

“I have to start by saying I abhor and denounce racist speech and actions—they are inconsistent with my personal values and those of Cal Poly,” Armstrong wrote. “I wish we could forbid them from our campus and ensure they are never again expressed, but that is not realistic.

“While this may anger and frustrate many, the laws governing constitutional rights to free speech are unambiguous and unequivocal,” he continued. “The First Amendment protects the free speech of everyone on our campus, and the university cannot sanction any campus community member or visitor who is legally expressing their views—even if we as a university find those views to be disgusting, racist, sexist, homophobic, or in any other way contradict our values...We cannot ban hurtful speech and expression on campus; we can only overcome it.”

Armstrong did assure students, however, that he aims to address their other demands and concerns, providing an extensive list detailing “specific actions we have taken to create a more diverse and inclusive campus.”

The school’s orientation program, for instance, now features a “Cross-Cultural Experience” component that is “devoted specifically to welcoming underrepresented minorities to campus,” and the Office of University Diversity and Inclusion has been working to incorporate “additional diversity and inclusion topics and programming into all new student orientation programs.”

In addition, Cal Poly is actively encouraging all faculty members to undergo “implicit bias training,” though Armstrong noted that the school cannot compel union members to participate. The Student Affairs department, meanwhile, is making similar efforts to promote student activism by “working with students and sending student leaders to conferences and workshops to help them foster their interest in social justice.”

“Part of the solution is to make our voices of acceptance so loud and our efforts toward inclusion so pervasive that there can be no questioning Cal Poly's stance of dignity and respect for all members of our community,” Armstrong declared, reiterating that the burden devolves particularly upon non-minorities.

“I especially want to emphasize that it is not the burden of the groups who are the targets of hurtful actions to solve this problem or to keep the issue before our collective attention. These are the very members of our family who have had to endure systemic inequities throughout their lives,” he told the school community. “To our students who have been fortunate enough not to experience racism and hate throughout their lives, I ask you to honestly and deeply consider the perspectives of those who have.”