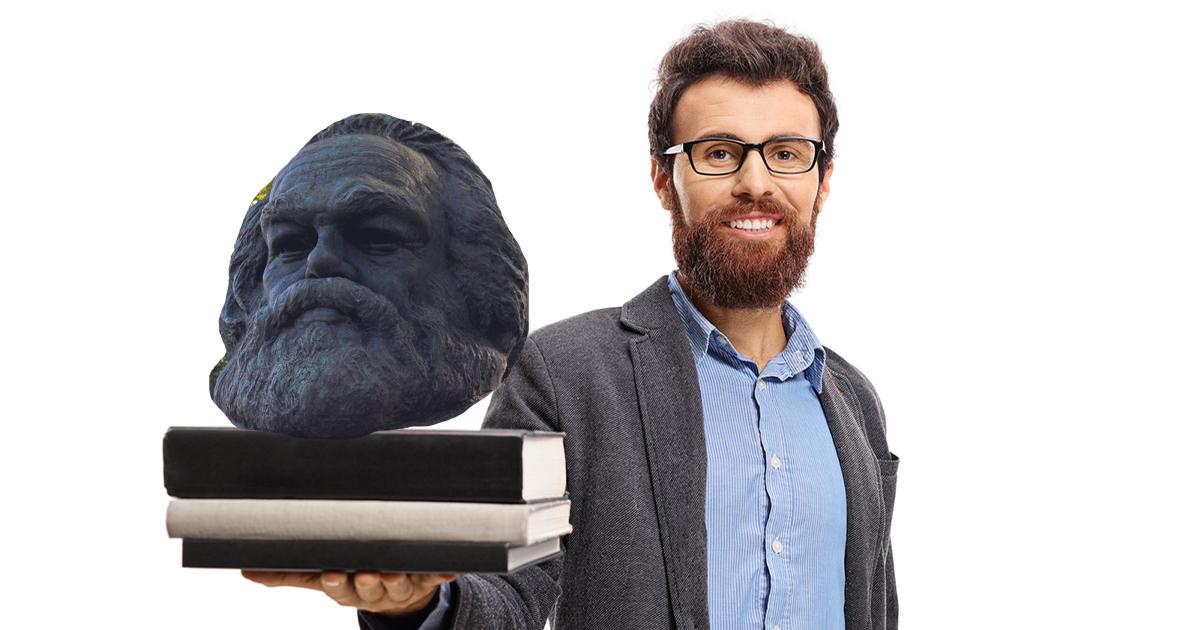 A recent survey of sociology professors discovered that more than half agree with “Marx’s dictum to change the world” and that “sociology should transcend oppression.”

The study, “Sociology’s Sacred Victims and the Politics of Knowledge,” was led by Seton Hall University professors Mark Horowitz and Anthony Haynor, with guidance from University of Central Oklahoma Professor Kenneth Kickham.

"Most reform-minded or progressive sociologists like Marx’s dictum simply because they...are temperamentally dissatisfied with abstract theory divorced from social struggles on the ground."

“The field of sociology has long been subject to critique for alleged ideological bias and left-wing groupthink linked to its social justice mission,” claim Horowitz and his team, noting that groupthink of any type is viewed as a hindrance to objectivity.

[RELATED: STUDY: Only 2% of sociology profs identify as conservative]

While the ideological bent of sociologists is well-documented—Horowitz’s own research shows that only two percent of sociology professors identify as conservative—Horowitz sought to add to the literature by assessing how different topics may be covered in class.

The survey queried 479 sociology professors by email, asking whether they agreed with various statements, such as “Advocacy and research should be kept as separate as possible to protect the objectivity of the research” and “Sociology is undermined by an excessively activist orientation in the discipline.”

Both of those questions were answered by professors overwhelmingly in the negative, which isn’t surprising, as a majority of professors indicated that such a “dispassionate” attitude towards research and teaching is undesirable, according to the study.

Further highlighting the social justice agenda in sociology, 67 percent of sociologists said they “support Karl Marx’s famous dictum to change the world.” Women in sociology were significantly more likely to express support for this Marxist statement, at 74 percent.

In an interview with Campus Reform, Horowitz explained that Marx’s dictum to change the world was initially intended as philosophical commentary, and not, per se, as a cri de coeur for activist researchers to overrun the academy with bunk research.

“Most reform-minded or progressive sociologists like Marx’s dictum simply because they want a more equal and sustainable world and are temperamentally dissatisfied with abstract theory divorced from social struggles on the ground,” Horowitz explained. “Hence those who endorse the thesis are no doubt more activist-oriented than other sociologists in the field.”

But Horowitz noted that there is room for pause, pointing out that while his study documents a solid group of sociologists committed to social justice, there is also another cohort who are equally concerned about how politics may skew research and undermine its validity.

Balance is needed to “better approximate the truth about the social ills we study,” he said. “That’s why it’s a good idea to have more conservatives in the field too…but of course the right has their own blind spots.”

Horowitz, himself a Marxist Humanist, was quick to note that the aim of his research isn’t to criticize anyone for their political leanings. Rather, he wants the public to understand those biases and be aware of how they may impact education.

“People have biases across the political spectrum,” he said. “Sociologists on both the left and right have a remarkable tendency to believe what they want to believe, and join ‘teams’ that reinforce what they believe. This often leads to each side demonizing the other, calling out the biases of the other team, but often proudly obtuse to their own.”

Horowitz’s study can be found in the new issue of The American Sociologist.