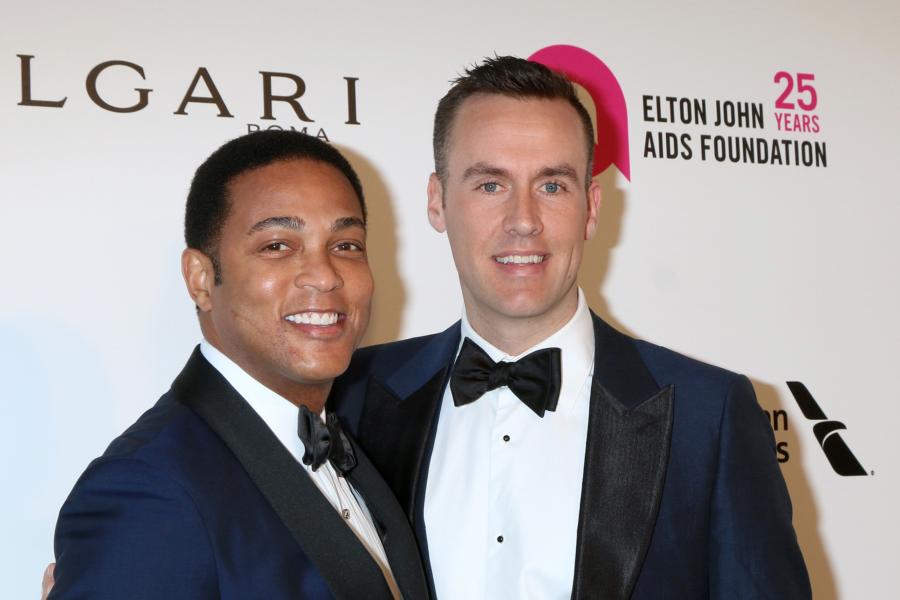 A professor at the University of Notre Dame tweeted that he agrees with CNN host Don Lemon's statement that white men are the "biggest terror threat" to America.

“Lemon said that, ‘we have to stop demonizing people and realize that the biggest terror threat in this country is white men, most of them radicalized to the right, and we have to start doing something about them,'" David Cortez tweeted Wednesday. "What's the lie?"

“Lemon said that, ‘we have to stop demonizing people and realize that the biggest terror threat in this country is white men, most of them radicalized to the right, and we have to start doing something about them.’ Where’s the lie?”

Cortez has also frequently tweeted about his opposition to President Trump and the Republican Party.

“Happy Halloween!! The President of the United States is a white supremacist. He’s not the first we’ve had, but he can be the last. #vote,” he said on Halloween. And, on more than one occasion, Cortez has tweeted "#AbolishtheGOP."

David Cortez Manzano responded to Campus Reform's request for comment by emailing the author of this article and then posting his reply on Twitter.

"Guys, somebody is writing an article about MY tweets. Can you believe it? For posterity’s sake, here’s the original message and my response," Cortez tweeted Friday, along with a screenshot of his emailed response to Campus Reform.

Below is Cortez's response in its entirety:

First, I consider my tweets concerning politics as much a contribution to productive dialogue as my tweets about my love of Gilmore Girls. Second, my students are well aware of my personal politics — that being, I believe in a politics in which both of the major parties openly, and adamantly, denounce right-wing, white nationalist rhetoric and behavior. To this point, none of my students have raised concerns regarding this belief. They also know that if they had concerns, they could raise them with me directly. That being said, my classroom is not my Twitter timeline — for the most part, at least; yesterday I tweeted about an in-class exercise where students presented reports on racial disparities in police stops, searches, and use of force as if they were the reports’ authors. It went great, btw; my students are spectacular. Otherwise, though, my classroom isn’t a place I care to share my personal beliefs or politics. Why? Because in the classroom, it’s not about me; it’s about my students. This is about their growth as individuals. I craft a syllabus to include ~1,000 pages of reading for the semester, all of us read, students write reading memos, and we meet to discuss both. In these sessions, I push my students to engage critically with what they’ve read, because, for example, disparities in arrest rates that track along lines of race and ethnicity do not a causal claim about racist police officers make. Then again, being a political scientist in the making, you know this.

Cortez is an assistant professor of political science in the College of Arts and Letters at Notre Dame University. Currently, he is listed as teaching "Social Science University Seminar" in the Political Science department. The course is described as “a seminar for first-year students devoted to an introductory topic in political science in which writing skills are stressed.”

During the upcoming spring semester, Cortez is slated to teach "Latinos in US Politics," "Senior Seminar: American Citizenship in the 21st century," and two "Directed Readings" courses.

Prior to teaching at Notre Dame, Cortez received his Ph.D. from Cornell University's Department of Government. He has published numerous articles and delivered several presentations on Latinx politics, including "Vendidos, Race-Traitors, or Worse: Explaining the Rise of the La(tino) Migra."

Cortez’s CV lists his teaching/research interest areas as: Racial and Ethnic (Latinx) Politics, Social Identity, (Im)migration, Criminal Justice, and Street Level Bureaucracy. He is currently in the process of writing a book, titled Broken Mirrors: Identity, Duty, and Belonging in the Age of the New La(tinx) Migra.

The University of Notre Dame did not respond to a request for comment in time for publication.