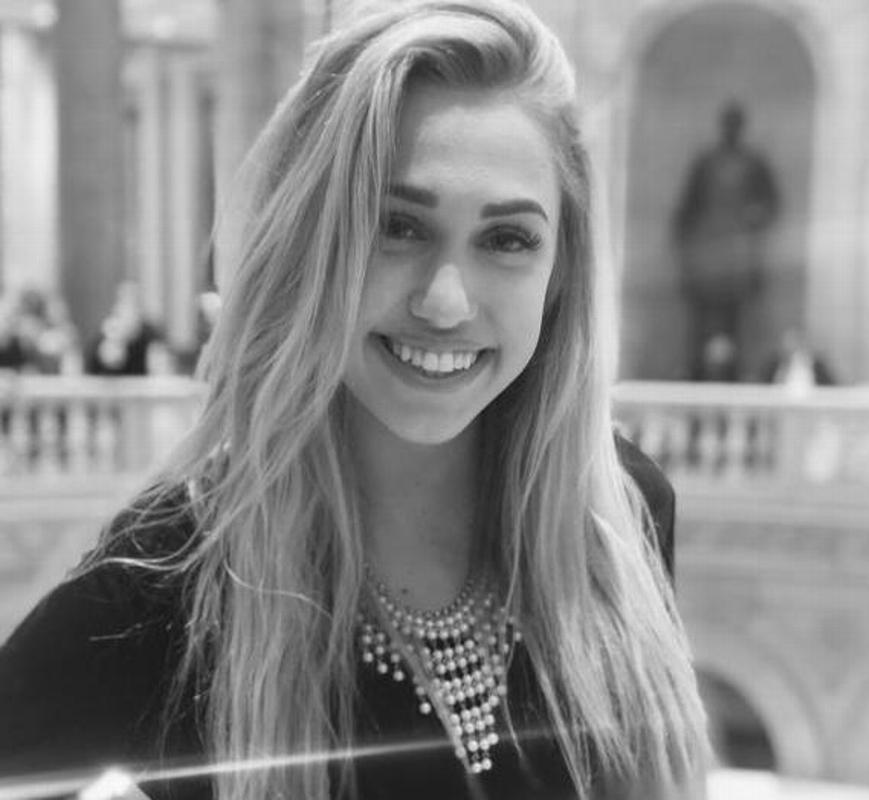 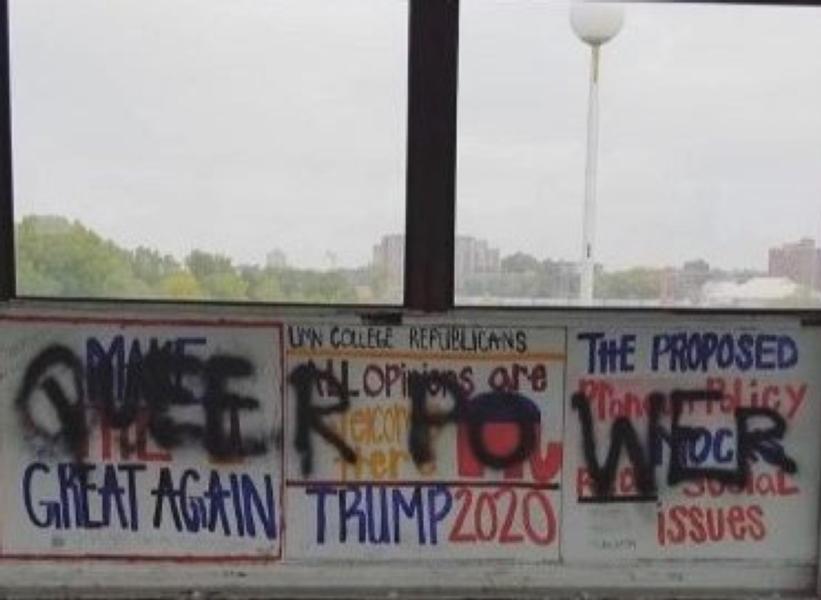 College Republicans at the University of Minnesota painted a critique of a proposed pronoun policy at the school, but the mural was later vandalized with the phrase “Queer Power.” Now, some students are petitioning the university to take action against the College Republicans, saying that their mural constituted "hate speech."

“[University of Minnesota Police Department] was able to identify the individual who spray painted the College Republicans panel,” Dussault said. “The city attorney's office has declined to charge the individual.”

But no fewer than 36 hours after the initial painting, “Queer Power” was spray painted over the group’s design. The College Republicans repainted their panel, but only to have it vandalized again.

The College Republicans group is no stranger to vandalism as it happened in both 2016 and 2017. UMN Associate Director of Student Union and Activities Erik Dussault addressed this latest incident in an email to College Republicans President John Cannon, a copy of which was obtained by Campus Reform.

“[University of Minnesota Police Department] was able to identify the individual who spraypainted the College Republicans panel,” Dussault said. “The city attorney's office has declined to charge the individual.”

When the UMN Muslim Student Association's bridge panels were vandalized in 2016, the school’s police department released photos of the suspect and conducted an investigation.

“These marchers have not only the majority of the liberal student body, but the city on their side,” Cannon said.

The vandalism may be linked to the “We Won’t Be Erased” movement, which started after The New York Times published an article about the Trump administration “spearheading an effort to establish a legal definition of sex under Title IX.” “We Won’t Be Erased” quickly spread to the UMN campus, where student Cedar Thomas hosted a march that passed by the College Republicans’ panel on Thursday, the Minnesota Daily  reported.

Thomas also posted a petition on Facebook, which stated that the College Republicans have used the annual "Paint the Bridge" event to “spread hate and create an unsafe environment for students on campus.”

He called on UMN to "address the recurring issue of hate speech on the bridge by setting and upholding guidelines and consequences for student groups” who have made the school an “unsafe environment.” Further, Thomas states that “hate speech should not be protected by the University.”

Cannon, however, told Campus Reform that students supporting Thomas' petition want “the university to discipline us because they're offended.”

In another clause, the petition requests that the University “release an updated statement that affirms and recognizes transgender and nonbinary” members of the UMN community. It also asks that the Board of Regents update its nondiscrimination statement to “specifically protect against transphobia.”

The protesters “are not the oppressed on campus, they're the norm,” Cannon told Campus Reform in response to this clause in the petition.