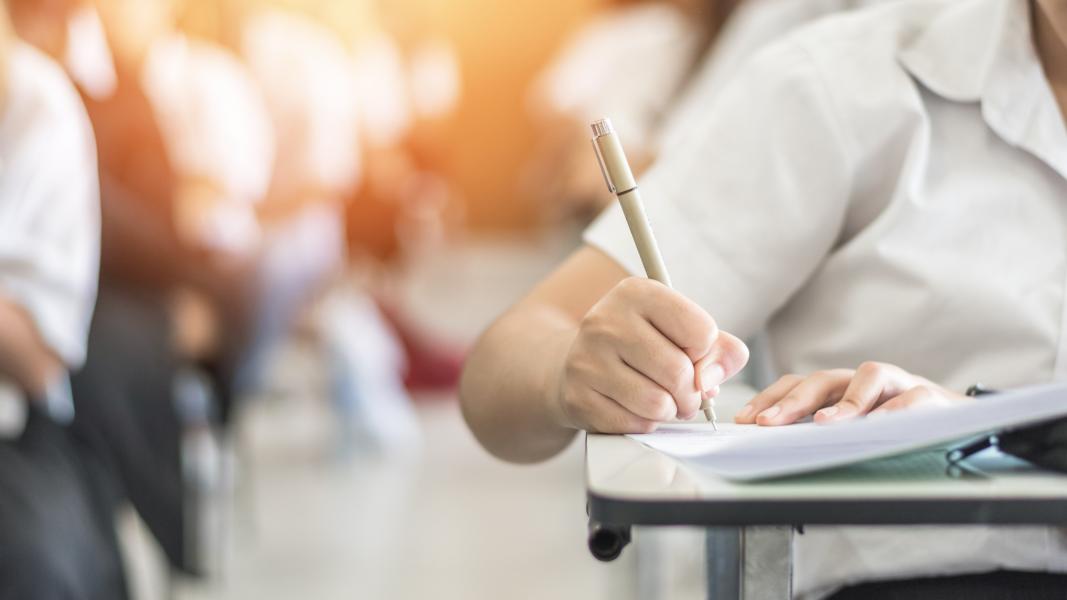 UPDATE: Professor Michael Clifford's commented on this story in a Tuesday morning email to Campus Reform. His response, in its entirety, has been appended to the bottom of the piece.

“Fifty years after the Civil Rights Act of 1964, there remain great imbalances..."

In one question, Clifford asked students to examine CEO salaries in comparison to those of the average worker. Clifford asked students “to what extent” “corporate behavior and practice” is responsible for America’s economic disparities, also asking what “moral principles” and “principles of distributive justice” should be used to solve this problem.

[RELATED: Univ. of Memphis pres pushes for ‘living wage’...but at what cost?]

Distributive justice advocates “strict egalitarianism” and the notion that “every person should have the same level of material goods (including burdens) and services,” according to the Stanford Encyclopedia of Philosophy.

A second question Clifford fielded to students referenced a practice implemented by Cracker Barrel chains in the 1990s, allowing for the firing of homosexual employees. In the question, Clifford claims, without evidence, that stores like Hobby Lobby and Chick-Fil-A have adopted “similar policies” and asks students to discuss workplace discrimination.

“Fifty years after the Civil Rights Act of 1964, there remain great imbalances regarding jobs, pay, and opportunity for women and minorities,” the professor claims in the question. “What positive measures might we adopt to reduce those imbalances?”

Clifford also asked if “diversity in the workforce” benefits employers and if affirmative action should be used to achieve that diversity.

One student in Clifford’s class told Campus Reform that he felt afraid to share his viewpoint from the very beginning of the semester.

“Shortly after I started the course in January, I heard from other students that he was very liberal and grades people based on whether they agreed with him or not,” Mississippi State student Adam Sabes, who is also a Campus Reform correspondent, said.

“Personally, this discouraged me from answering a question based on how I really feel and led me to answer test or discussion board questions based on what the professor would like best as I needed a good grade in this class,” Sabes added.

“Other students felt that this professor was politically biased in making the curriculum as well,” he added. “If you look up his professor ratings online, they'll show that he grades based on politics.”

Indeed, Sabes wasn’t the only one to express such sentiments. An anonymous review on the website Koofers by an individual claiming to be one of Clifford’s former students said that the professor docks points if students fail to agree with his viewpoint.

“If you don't [agree] with his opinion, then [Clifford will] only give you half credit on assignments,” the user, who claimed to have also taken “Business Ethics," wrote. “I wish I had known beforehand his views so I could write my essay responses tailored to him.”

“FYI: he agrees with affirmative action. [I] got 10 out of 20 points because I disagreed with it,” the student added.

Clifford’s overall rating on Koofers was two-and-a-half out of five stars.

Campus Reform reached out to Clifford for comment on his test questions but received no response in time for publication.

Clifford by no means confines his left-wing opinions to the classroom.

“There are over 30,000 people killed by guns in [t]his country every year,” the professor posted on Facebook in October 2017. “That’s two Las Vegas massacres every day! If you don’t support sensible gun legislation at this point, then you are an accomplice. There is blood on your hands.”

"I have read your article about me in Campus Reform.  I would like to address some of the things which are alleged in the article.  First of all, you focus on two questions from my Business Ethics final exam about discrimination and income inequality, suggesting that the questions themselves are somehow partisan.  But the issues raised by the questions are morally relevant to business ethics, no matter which side of the “partisan” divide you are on.  Moreover, they are based on facts not in dispute.

In addition, the two questions you refer to are just two of four questions that the students could choose.  They did not have to do those questions if they felt uncomfortable with them.

Your insinuation that I am biased in how I grade exams is very troubling.  It seems to be based on a Facebook post and an interview with a disgruntled student dissatisfied with his grade.  You did not interview any of the vast majority of students who did not feel compromised by the exam.  As far as the Facebook post is concerned, I am entitled to express my political beliefs in independent forums.  I suspect that you would not have a problem with a conservative professor posting something expressive of his or her political beliefs on Facebook.

In thirty years of teaching, I have not had one formal complaint lodged against me.  Not one.  I am an award winning teacher and I did not earn that distinction by being unfair to my students.

I am sure that, as a journalist, you would like to think your work is fair and balanced.  Unfortunately, it is neither.  In fact, some would view it as nothing more than a partisan political hatchet job.

Feel free to post this email in the next issue of Campus Reform."