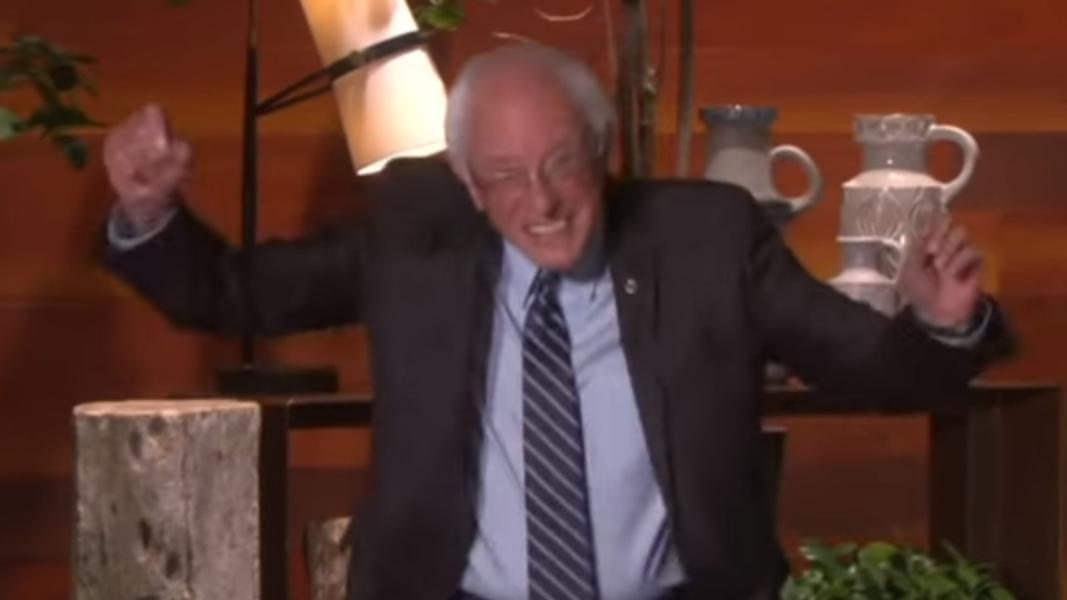 According to The Washington Post, Sanders is proposing that the government eliminate all $1.6 trillion in student loan debt that is owed by 45 million Americans. Rep. Ilhan Omar (D-Minn.) and Rep. Pramila Jayapal (D-Wash.) joined Sanders on Monday at his announcement. Omar and Jayapal are expected to introduce a bill in the House of Representatives, which would cancel all student loan debt in the U.S.

"a proposal that will transform and improve our country in many, many, ways..."

“Today we are, in fact, offering a revolutionary proposal,” Sanders said, "a proposal that will transform and improve our country in many, many, ways in a highly competitive global economy when we need the best-educated workforce in the world, this proposal would make possible for every person in America to get all of the education they need, regardless of their financial status."

According to a fact sheet released by Sanders' office, the estimated cost of the bill, $2.2 trillion, would be paid for by creating a Wall Street speculation tax of .05 percent on stock trades, a .005 percent fee on derivatives, and a 0.1 percent fee on bonds.

Interest rates on future student loans would also be capped at rates no higher than the federal government pays for its debt.

Forty-eight billion dollars per year would be provided to states and tribes in order to eliminate tuition and fee costs associated with college.

In addition to canceling all current student loan debt and making two and four-year public universities tuition-free, the bill “eliminates or reduce” tuition and fees for low-income students who attend Historically Black Colleges and Universities (HBCUs) and Minority Serving Institutions (MSIs). According to the document, around 200 schools would be included in this.

The bill would also lessen the burden on room and board expenses associated with attending a university, as low-income students would be allowed to use the Pell Grant for housing, books, transportation, and other costs.

For students coming from families that make less than $25,000, states would be required to cover the “full cost of college,” which the document says will fill “in the cost gap that may remain after the elimination of tuition, fees, and grants.”

According to The Post, some right-leaning analysts have concerns that the bill is unnecessary.

“The cost will march toward $3 trillion and benefit a lot of wealthy families and future high-earners,” Brian Riedl, an analyst at the Manhattan Institute, a libertarian-leaning think tank, said, according to the report. “Of all problems requiring a $3 trillion federal expenditure, the college costs of middle- and upper-class college graduates seem lower-priority.”