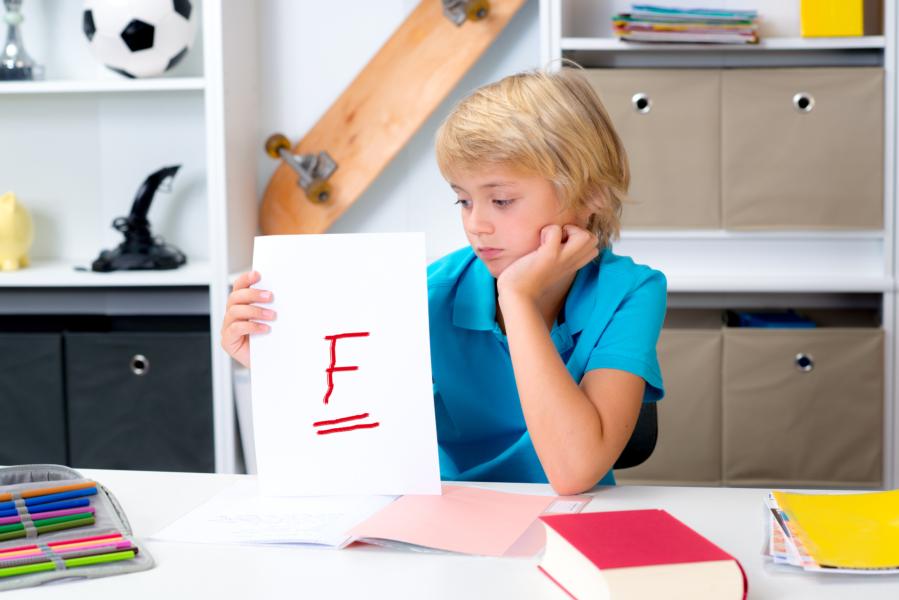 A New York professor is calling for the abolition of grades.  He claims they are not only unfair to students, but that they are a means of propping up capitalism, and as such, academia would be better off doing away with grading entirely.

“Grading takes up much of my time that could be better spent on teaching or otherwise directly interacting with students,” New School professor Richard Wolff wrote in a Monday op-ed entitled “Grades Are Capitalism in Action. Let’s Get Them Out of Our Schools.” He claims the practice of administering grades to students has “little educational payoff” and “disrespects [students] as thinking people.”

Wolff has been known to promote Marxism and condemn capitalism, even going so far as to blame capitalism for American homelessness.  More recently, he made headlines by comparing President Donald Trump to Adolf Hitler on Twitter.

According to Wolff, the practice of grading is one that has served to prop up America’s capitalist economic system and its “major failures,” including "socially divisive inequalities” and the creation of “boring, dangerous, and/or mind-numbing” jobs.  He asserts that capitalism’s survival can be attributed only to flawed human ideologies, one of which is the concept of “meritocracy.”  Grades, he says, are one of many “mechanisms” used to “anchor” the concept of meritocracy in society.

“From primary school through the completion of my doctorate, I suffered the imposition of grades (A, B, C, etc.),” Wolff writes. “Since becoming a professor, I have constantly been required to assign grades to my students for matters such as papers, exams, and class performance.”

Wolff claims that not only does grading perpetuate capitalism, but that it is “immensely wasteful, ineffective, and largely negative” at “all levels” of education: primary education, secondary education, and higher education.

The professor argues that grades do a disservice to education because to administer a grade is effectively “insisting on one answer as right and alternatives as wrong."

"Such insistence," he adds, "is more like indoctrination than education; it undermines creative, critical thinking."

But Wolff’s main quarrel with grading stems from the fact that he believes it to be a tool of an oppressive capitalist force.

"It chiefly serves employers,” he says, adding that “today’s economic system precludes teachers engaging so carefully, repeatedly, and thoroughly with students. Capitalism’s enterprise organization — a small minority of employers (owners and their top executives) directing and controlling a large majority of employees — is replicated in private and public educational institutions.”

“That organization and its financial constraints combine to preclude the interactions among teachers and students that real education requires,” says Wolff, who believes that grades represent a “power” that a teacher has over a student.

Wolff insists that “meritocracy redirects the blame for capitalism’s failures onto its victims” and that “grading is the method” by which schools perpetuate a meritocratic society.

Wolff teaches economics at the New School and is listed by his former employer, the University of Massachusetts, Amherst, as an “expert” on economics.

Campus Reform reached out to Wolff for comment, but did not receive a response in time for publication.

Wolff could face an uphill battle selling this idea to students.

In March, Campus Reform visited Florida International University to ask students who support socialism whether they would also support the system being applied to their grades. Most students were not fans of the idea.