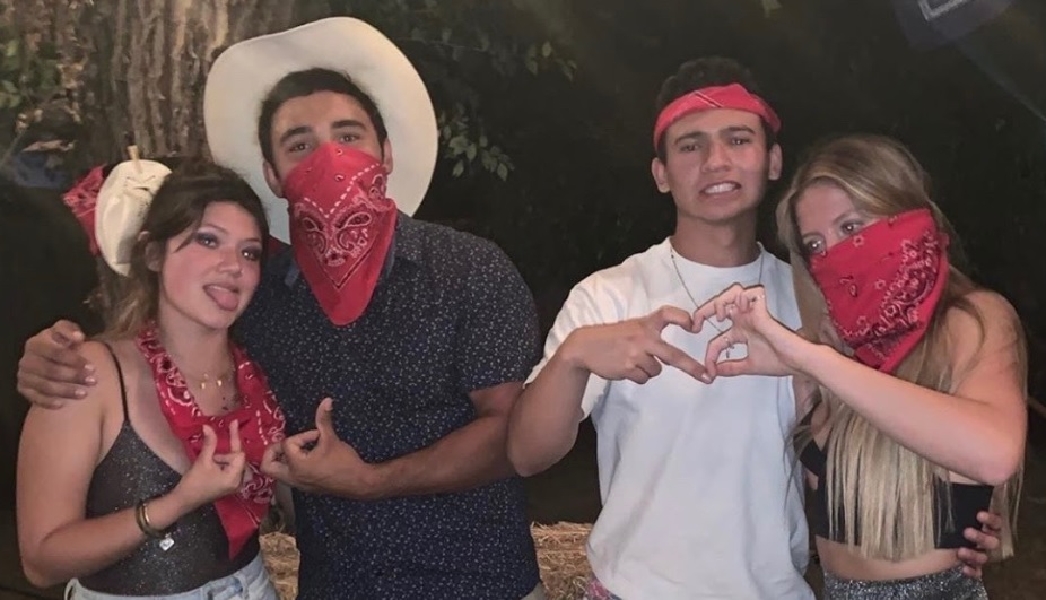 The post featured students dressed in bandanas and cowboy hats for a “Cowboys and Aliens” themed party, as reported by Mustang News. The photo was captioned: “Cowboys vs. (Illegal) Aliens” and while the Instagram profile of the user who posted it is private, the photo started going viral on Tuesday.

"For those who are hurt by this photo..."

University spokesman Matt Lazier confirmed to Campus Reform that Cal Poly is investigating the facts behind the photo, but added that no further details could be shared at this time.

Cal Poly President Jeffrey Armstrong sent to students an email obtained by Campus Reform, expressing his displeasure with the post.

“We were disappointed to learn of a photo that has begun to circulate on social media that appears to demean undocumented students,” Armstrong wrote. “We know that this photo has a negative impact on members of our community, particularly members of our undocumented student, faculty and staff community, their allies and others who work to promote an environment of inclusion at Cal Poly. For those who are hurt by this photo, know that we empathize and we stand with you.”

Armstrong added that the school administration was “looking into [the photo] further.”

“This reported incident has added to the urgency of addressing our campus climate and creating an environment where every individual feels valued, safe and important for who they are and the additive talent they bring to Cal Poly,” Armstrong wrote.

According to the party hosts, the party had no affiliation with Cal Poly. However, both hosts have spoken to Dean of Students Kathleen McMahon about the photo and told Mustang News that they want to help build an inclusive campus. One of the hosts, Kiana Quintana, said she was “really shocked” after seeing the photo.

The Cal Poly Dream Center, which is part of Student Academic Services, issued a joint statement with the Central Coast Coalition for Undocumented Student Success, calling upon the school to deem the incident “racist.” The group also claimed that the students in the photo appear “dressed in stereotypical gang attire, [contains a] use of related gestures, and includes a racial slur.” The Dream Center added that illegal alien communities were targeted by the post.

The Dream Center took issue with the use of the phrase “illegal alien” in the photo’s caption. The group claims “illegal alien” is “offensive,” “inaccurate,” and “dehumanizing.” It also referred to the use of “alien,” with regard to immigrants and migrants, as “rooted in U.S. exclusionary policies and practices that have historically denied human rights, discriminatively scapegoated groups of people, and justified violence and mistreatment.”

Alien is the legal term in the U.S. Code for “any person not a citizen or national of the United States.”

According to Mustang News, the Dream Center hosted a dinner and open forum to help “debrief” students on the incident.

The Cal Poly student government also issued a statement, saying that it is “deeply saddened” at the post. It also encouraged students who were “hurting” to visit the Dream Center.

Will Creeley, Senior Vice President of Legal and Public Advocacy at free speech nonprofit the Foundation for Individual Rights in Education (FIRE), told Campus Reform that Cal Poly should end its investigation into the Instagram post.

Campus Reform reached out to the student who posted the photo but received no response in time for publication.