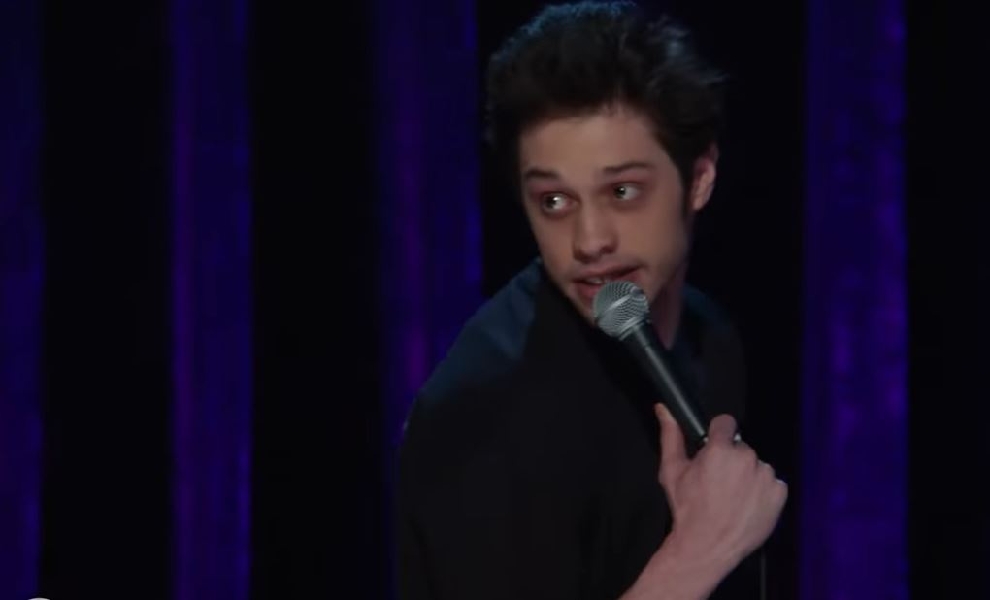 Saturday Night Live comedian Pete Davidson says that he'll stop performing shows on college campuses because "you can't talk about anything" without students getting offended.

In an interview with Paper Magazine, Davidson said, "I refuse to do a college after this year 'cause it's like you're just setting yourself up for trouble. Comedy is just, like, getting destroyed. Stand-up's about to be about, like, sneakers. Like, 'Hey, everyone like sneakers?'"

"The second you open your mouth and have an opinion, you lose money today"

"You can't talk about anything. You can't. The second you open your mouth and have an opinion, you lose money today. And I don't think that's a safe place to live in," Davidson continued. He added, "When I'm doing standup and stuff, nothing I ever say is coming from a hateful place. And you can't know what's funny until you try it, you know?

[RELATED: University calls out comedian who told students to 'f*cking grow up' (VIDEO)]

Davidson came under fire in 2018 after making a joke on-air about Republican Congressman Dan Crenshaw's eye patch, which he wears as a result of a war wound he suffered while fighting in Afghanistan. Crenshaw took the joke in stride, and Davidson later apologized with Crenshaw by his side.

However, Davidson told Paper that he's never made a joke that he regrets.

"But anything I've ever said on stage or made a joke about, I don't regret it," the comedian said.

"I mean, some jokes I'm like, "Welp, that joke sucked." You know? But I'm never like, "Aw f**k!" 'Cause there are times I try things that I think are ridiculous and they work. And that's what sucks about political correctness in comedy, I think that you need freedom."

This isn't Davidson's first time showing frustration toward college students, however. During a recent show at the University of Central Florida, Davidson went off on students for whom he performed over their excessive cellphone use during the show.

“Whenever somebody else comes to your f**kin’ town and wants to perform and is exhausted and flies all the way to the middle of f**kin’ nowhere to do jokes for you little privileged assholes, don’t f**kin’ ruin the show for people who actually wanna be here,” Davidson said.

“We’re the next generation,” Davidson added. “Don’t you want adults to respect us? Don’t you want your parents to like be proud of you?”