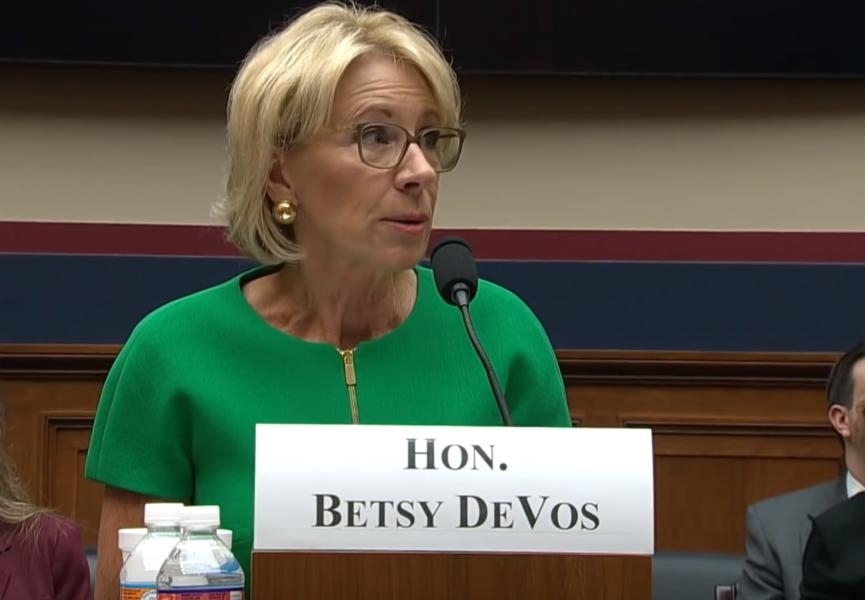 One month after the Department of Education, under the direction of Education Secretary Betsy DeVos, released its new guidelines for Title IX revisions campuses, the attorney general’s of Pennsylvania, New Jersey, and California have sued to block the department's efforts.

While the attorneys general of Pennsylvania, New Jersey, and California are leading the case, the lawsuit is backed by the attorneys general of 14 other states plus the District of Columbia. In early May, DeVos unveiled the new Title IX regulations for sexual harassment on campuses. The biggest takeaways from the new rules are the expansion of due process for those accused of sexual misconduct.

In reference to the various stipulations that extend due process protections to the accused, the lawsuit claims that the rule “undercuts” the mandate of Title IX to “eradicate” sex discrimination in federally funded activities.

A tweet from New Jersey Attorney General Gurbir Grewal stated that the new Title IX will “will weaken federal protections for students from sexual violence and harassment in education.”

In a press release, however, DeVos stated that the extended due process protections serve to strengthen transparency and fairness for all involved in a sexual harassment case. Devos also says the new rule will ensure that survivors of sexual assault are supported in “meaningful ways” by their school.

"This new regulation requires schools to act in meaningful ways to support survivors of sexual misconduct, without sacrificing important safeguards to ensure a fair and transparent process,” Devos said in the release, “We can and must continue to fight sexual misconduct in our nation's schools, and this rule makes certain that fight continues."

The New York Times entertains the possibility that the reason for the end to the Obama-era Title IX regulations is that under such rules, some schools felt pressure to side with the accuser. According to the Detroit Free Press, dozens of accused students have won court cases against their schools because they were not afforded appropriate due process protections in Title IX hearings.

DeVos’s new Title IX Rule seeks to “hold schools accountable for failure to respond equitably and promptly to sexual misconduct incidents and ensures a more reliable adjudication process that is fair to all students.”

Despite the commitment to strengthened support for survivors and restoration of “reliable adjudication processes,” other professors, namely Harvard Law School affiliates, are expressing their opposition to the new rule as well, according to the Harvard Crimson, Harvard Law Professor Jannet E. Halley says these protections may be sufficient if practiced in good faith.

The American Civil Liberties Union also filed a lawsuit against the Department of Education over the new Title IX Rule.