Jacobson: college students need to 'start thinking for themselves' 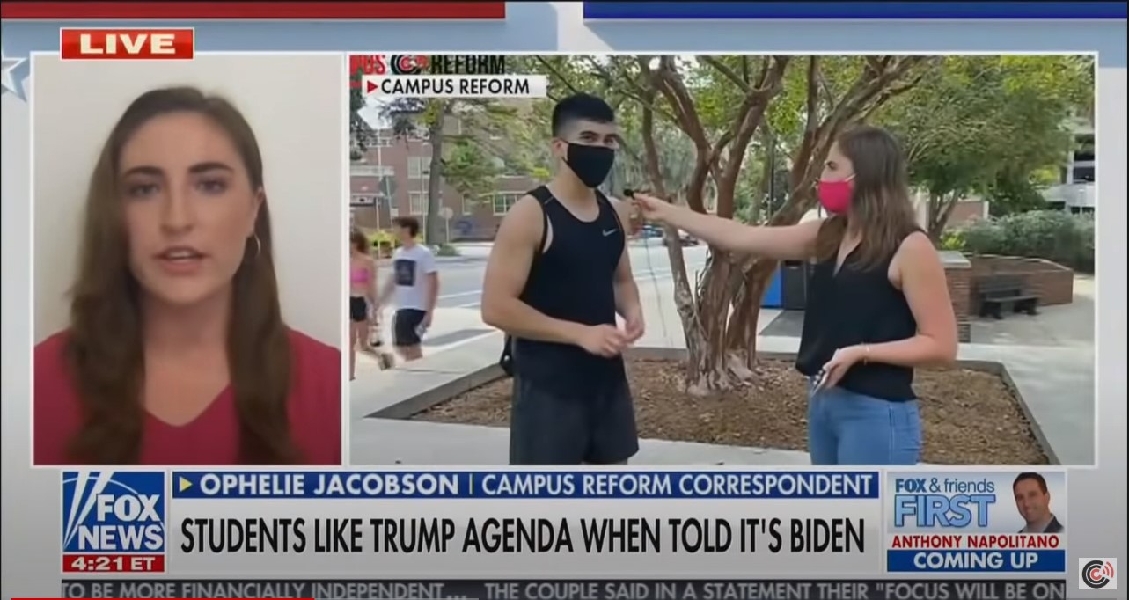 Campus Reform Correspondent Ophelie Jacobson recently joined Fox and Friends First to discuss her most recent video, where students said they love President Donald Trump's agenda, but only when told it was Joe Biden's.

Jacobson said that students were very open about their support for the Biden initiatives, but when told they were Trump's accomplishments, they were very surprised.

"It's time for college students take the initiative and really start thinking for themselves."

"We talked to 14 students at the University of Florida, and we got a variety of responses, and all of them were very quick to support the initiatives when they were Biden's, but when told they were actually Trump's accomplishments, they were pretty surprised."

"I think one of the most concerning things about this video is the fact that they were willing to support these initiatives without even questioning the statements that I was giving them," Jacobson said.

"It's time that college students take the initiative and really start thinking for themselves," she added.

[RELATED: VIDEO: Students say it would be ‘weak’ for Biden to skip debates with Trump]

“The fight on terrorism has always been important, especially in America. So getting rid of stuff that can harm American lives is perfect,” one student said after hearing that “Biden” wanted to wipe out global terrorists.

“I think that’s a great initiative. Um, really important, because obviously, human trafficking, especially in South Florida which is where I’m from, is a huge issue. So from what it sounds like, it sounds like a great idea,” another student said in response to hearing about what she was told was Biden's plan to dismantle human trafficking networks.