U of Iowa pays $1 million to cover BLM graffiti, will save pics to lift ‘voices of marginalized people’ 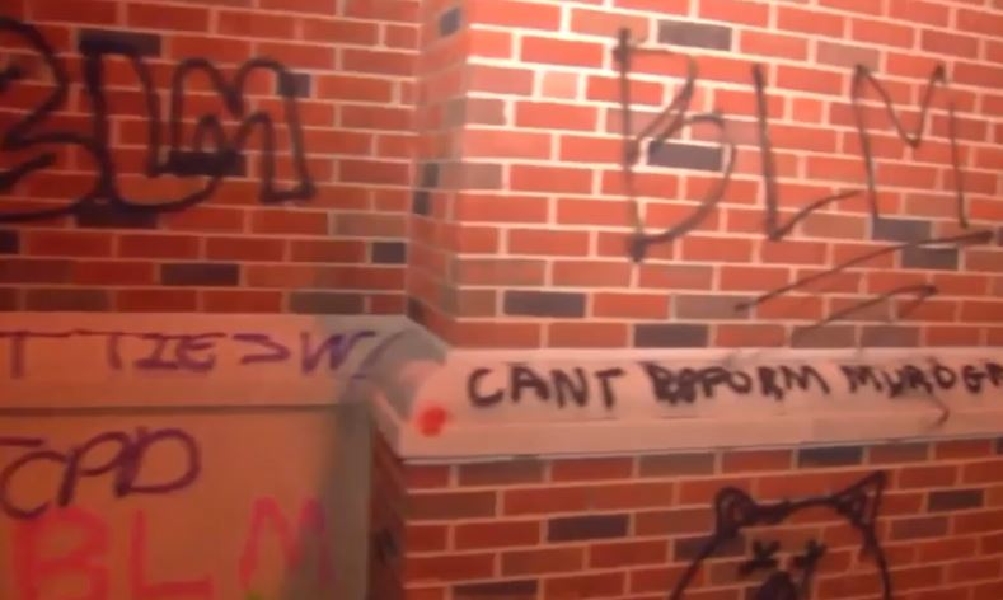 “the photos will be easy to access and will raise the visibility of the vital information they contain: the voices of marginalized people.”

Black Lives Matter protesters covered several University of Iowa buildings with spray-painted slogans in the wake of George Floyd’s death. The University of Iowa spent $1 million to repair the buildings, but will curate pictures of the graffiti to uplift “the voices of marginalized people.”

According to the university’s Office of Strategic Communication, protesters painted phrases like “BLM” and “F12” on roughly two dozen buildings, as well as sidewalks, artwork, retaining walls, plaques, and benches. The university announced the $1 million cleanup project after Iowa Freedom Rider protesters promised to stop using spray paint on the campus’s property, according to the Iowa City Press-Citizen.

Meanwhile, the university expects a $100 million revenue loss and a budget deficit as large as $75 million due to the cancellation of fall sports.

Among the damaged buildings is the Old Capitol, which was built between 1839 and 1842 to serve as Iowa’s first state capitol. Today, it hosts a museum and serves as the University of Iowa’s centerpiece. The Office of Strategic Communication’s press release shows an image of the historic building covered on all sides with graffiti.

[RELATED: Of course Black lives matter, but BLM is a disaster]

Rod Lehnertz, senior vice president for finance and operations at the university explained in the press release that the chemicals in the spray paint could cause significant damage to the building.

One former student, who asked to remain anonymous, was devastated to see the damage since the Old Capitol is a symbol of the university and the state of Iowa.

“I was horrified by the blatant disrespect to the building and refused to step on campus,” the student said. “I get they wanted to make a statement, but the building is in fragile condition with it being over one hundred years old… From what I’ve seen, the [Iowa City] community did not support the vandalism of this building.”

In spite of this damage, the university’s library system will preserve images of the graffiti in its archives.

Margaret Gamm, the head of the school’s University Archives, says that “the photos will be easy to access and will raise the visibility of the vital information they contain: the voices of marginalized people.”

Montserrat Fuentes, the university’s executive vice president and provost, said that the “protesters created this spray-painting to express their grief and anger at systemic racism, and we must continue to hear that anger and listen to those voices.”

Fuentes also hopes that the photos “contribute to educational programming across our campus for years to come.”

The university's library system stated that the photos do not include protesters “out of concern for protecting their identities.”

Campus Reform reached out to the University of Iowa for further comment but did not receive a response in time for publication.