AAUW: Humans will 'walk on Mars' before gender gap closes 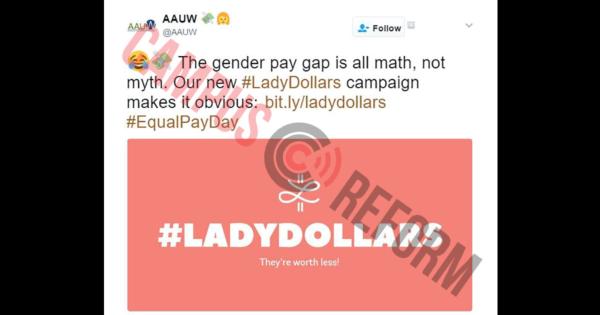 The American Association of University Women (AAUW) held a tweetstorm campaign Tuesday to lament the gender-wage gap in "honor" of Equal Pay Day.

The group invited supporters to “‘Celebrate’ Equal Pay Day with AAUW on Twitter” by tweeting with the hashtag “#EqualPayDay” to “urge for action to ensure that ALL women are paid what they’re worth.”

“You can’t mansplain away the gender pay gap.”

“The typical woman working full time, year-round in the United States is paid just 80 cents for every dollar a man is paid,” the AAUW claims, citing its own research and noting that this “means she has to work until April 4, 2017, to be paid as much as the typical man took home by December 31, 2016.”

The organization got the ball rolling with several tweets of its own.

“Can you imagine only getting 80% of a cup of coffee? Welp that's kinda what the pay gap feels like,” stated one AAUW tweet. “The gender pay gap is all math, not myth,” another tweet declared.

Albert S. Fu, a professor of sociology at Kutztown University, was among the many professors who participated in the effort, posting a tweet asserting that “You can’t mansplain away the gender pay gap.” 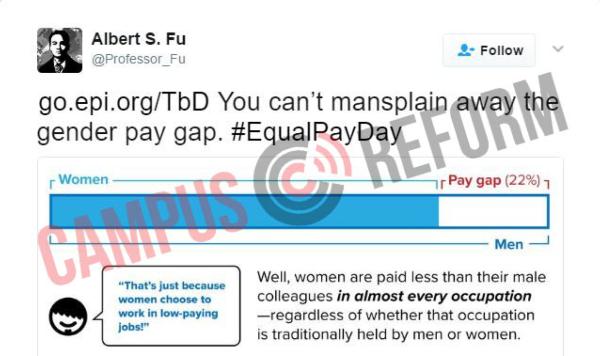 Marcy Karin, a law professor at the David A. Clarke School Of Law, tweeted about the importance of acknowledging intersectionality on Equal Pay Day. 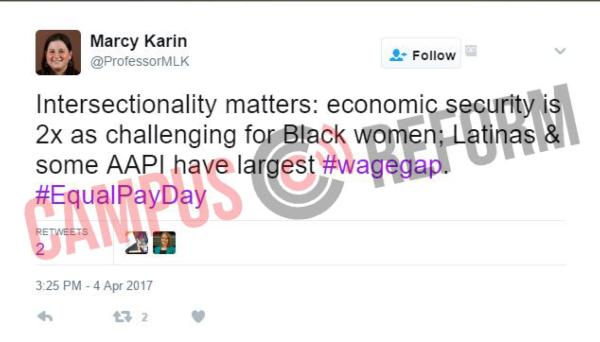 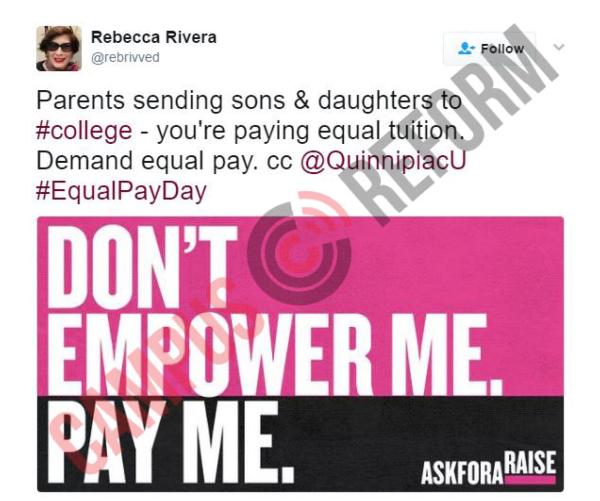 In addition, the AAUW even designed a number of kitschy images for Twitter, with one saying that “Humans will probably walk on Mars before women achieve equal pay,” while another remarked that “When the stuff of science fiction seems more likely than equality, that’s a problem.”

A corresponding press release reiterates the claim that women are still paid less than men, expressing hope that state and national legislators will take action to intervene.

“If nothing is done to address it, the pay gap won’t close in our lifetimes,” warned Lisa Maatz, vice president of government relations and advocacy at AAUW. “Women can’t continue to rely on winning the boss or geography lottery when it comes to pay equity. If America wants to truly be a global economic superpower, we must close the pay gap.”

While noting that there are currently efforts underway in Congress and in 40 different states to impose the government into salary negotiations, the AAUW is also working to provide resources and information to help women negotiate more effectively for themselves.

In addition, the AAUW will also celebrate five other “Equal Pay Days” later this year: one each for Mothers, Asian Americans, Black Women, Native Americans, and Latina Women.