A University of California, Berkeley professor and the student body president recently condemned the school’s decision to allow right-wing speakers on campus.

UC-Berkeley will host conservative speakers Milo Yiannopoulos, Ben Shapiro, and Ann Coulter in September, and school administrators are preparing students by rededicating themselves to free speech after the same speakers were shut down by rioters earlier this year.

“Administrators are not bound to the [C]onstitution.”

According to a letter sent out by Chancellor Carol Christ, “public institutions like UC Berkeley must permit speakers invited in accordance with campus policies to speak, without discrimination in regard to point of view.”

However, American and African American Studies Assistant Professor Michael Cohen took to Twitter on August 23 to demonstrate his outrage with the decision and chastise the administration for failing to ban the speakers from campus.

“Our campus has responded to the rise of Neo-nazism by welcoming them to terrorize, harass and threaten our students,” he wrote, adding, “All so our naive & useless administration can double down the baby boomer free speech branding bullshit. @UCBerkeley should be ashamed.” 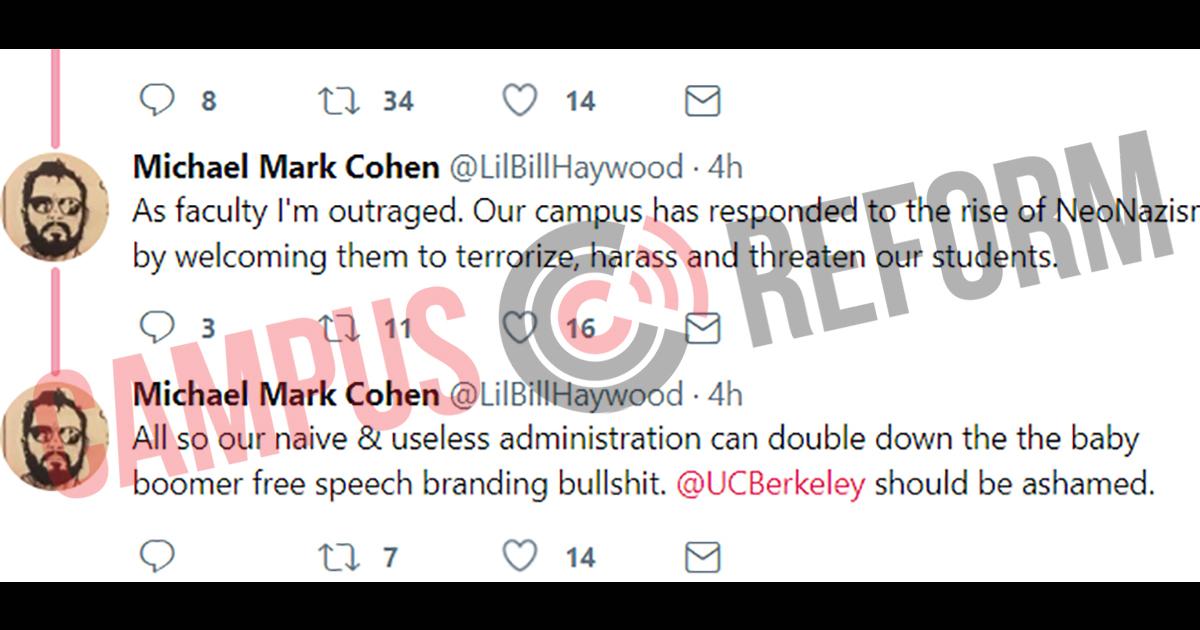 Cohen, worried that the “Alt-right invasion” will aggravate racial tensions at the school, then told his followers that a massive and effective organization will need to take place to “confront the appeasement of the alt-right neonazis by the @UCBerkeley admin.” 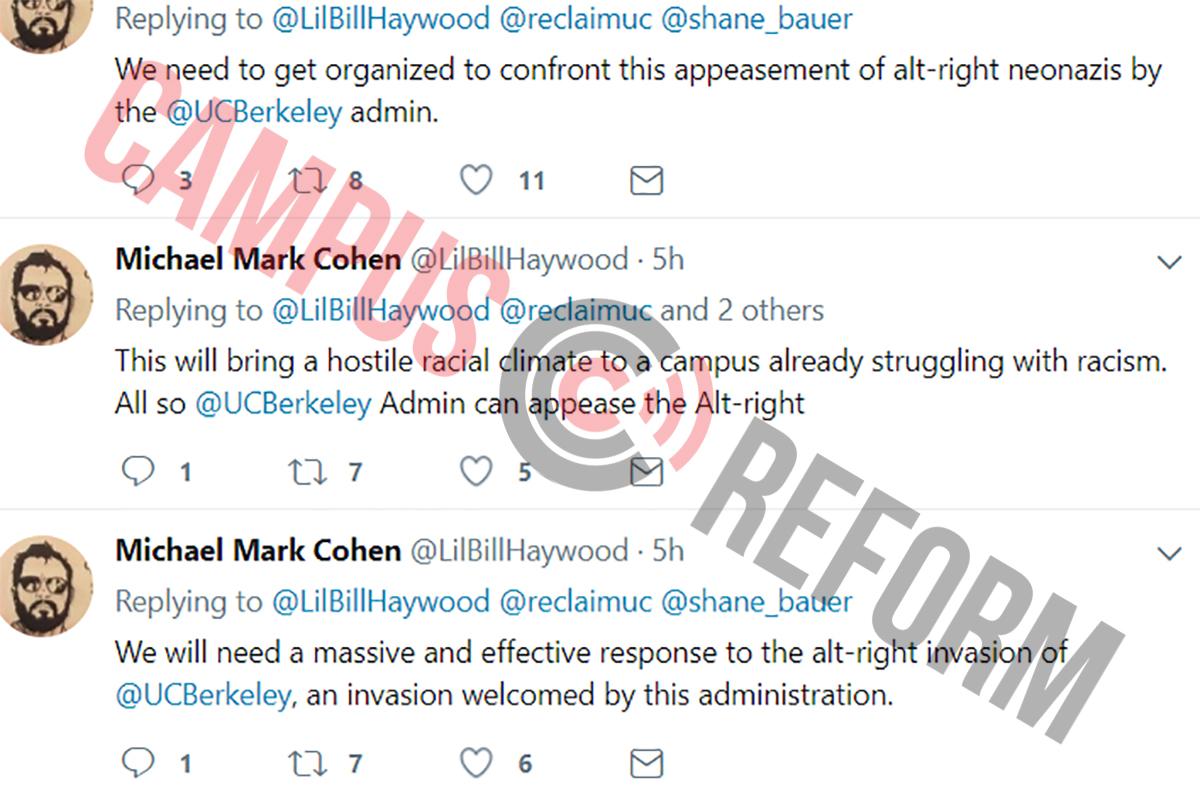 As of August 24, Cohen has taken down some of the tweets reported by Campus Reform, but Student Body President Zaynab Abdulqadir-Morris shared similar sentiments.

“We know what side UC Berkeley administrators are on,” she said in one tweet, elaborating that “They value Berkeley’s brand > than the us.” 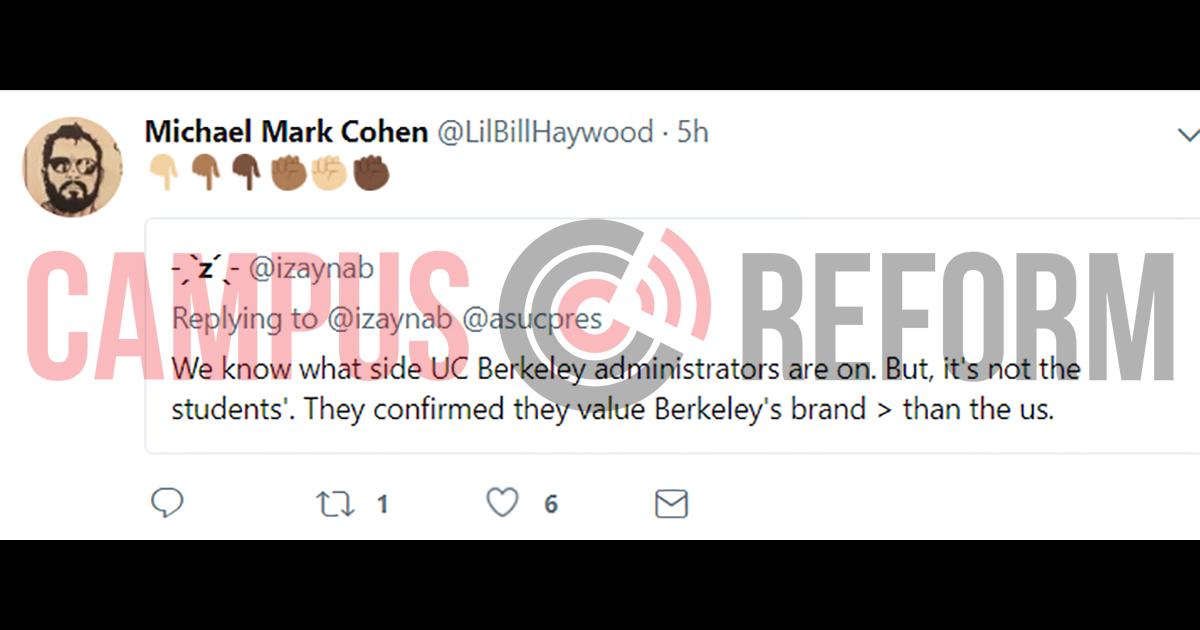 Abdulqadir-Morris further claims that the university is not bound to the constitution, but only to the “code of conduct which denounces hate speech.” 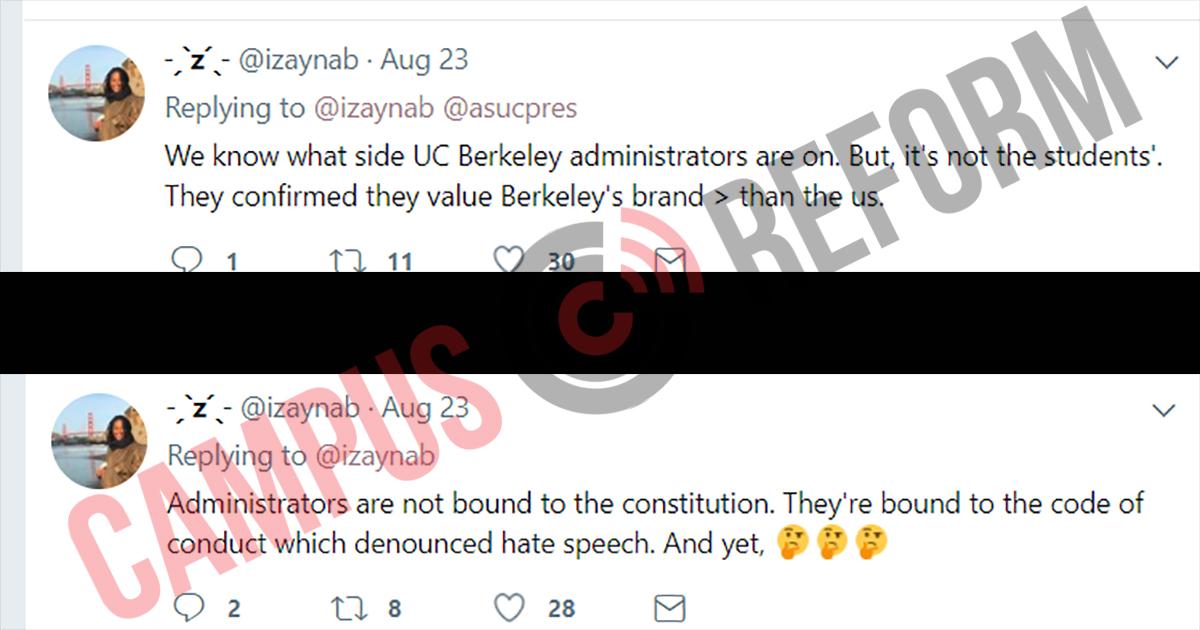 In another tweet, she states that “A valuable education would involve administrators modeling to us how to combat bigotry on campus” even going as far as to call the speakers “hateful no body's [sic]” and “proponents of ethnic cleansing.” 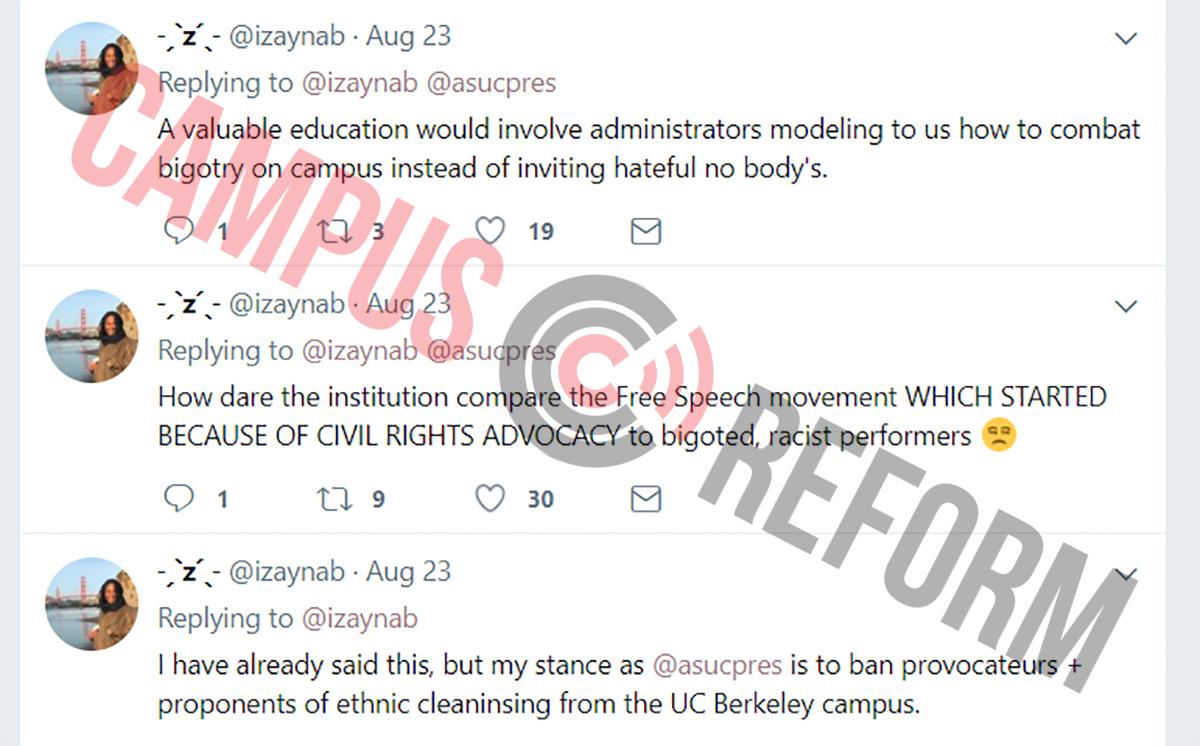 Campus Reform contacted Cohen and Abdulqadir-Morris for comment, but did not receive responses in time for publication.