PPU’s campus grounds were decorated with rainbows, pride flags, and positive affirmations, all drawn out in sidewalk chalk.

Conservatives have seen their chalk messages smeared and defaced the same semester.

Chalk displays are common tools for spreading messages on college campuses, but they can also be examples of the different treatment that conservative and liberal students experience.

This semester, a College Republicans' chapter had their chalk messages defaced while another group of liberal students were able to celebrate National Coming Out Day without harm to their chalk display.

On October 7, Campus Reform reported that Anthony James, a student at Central Michigan University, bragged on social media that he spent 45 minutes the previous week erasing “copaganda, racist, and pro-life b*******t” from a sidewalk at the school.

CMU's College Republicans had written the chalk messages promoting their pro-life position, which James wrote over with pro-abortion rhetoric.

Similarly, Campus Reform reported in September that a chalk memorial at Mount Holyoke College commemorating victims of the 9/11 attacks was smeared by an unidentified person.

On October 11, members of the Point Park University (PPU) community chose to decorate the school grounds with rainbows, pride flags, and other positive affirmations towards LGBT students.

These displays, however, were not defaced and represented an apparent decision to recognize National Coming Out Day over Columbus Day, which this year coincided on the same date.

Louis Corsaro, managing director of university marketing and public relations, told Campus Reform that “Point Park has no policy regarding the decorating of sidewalks with chalk.” 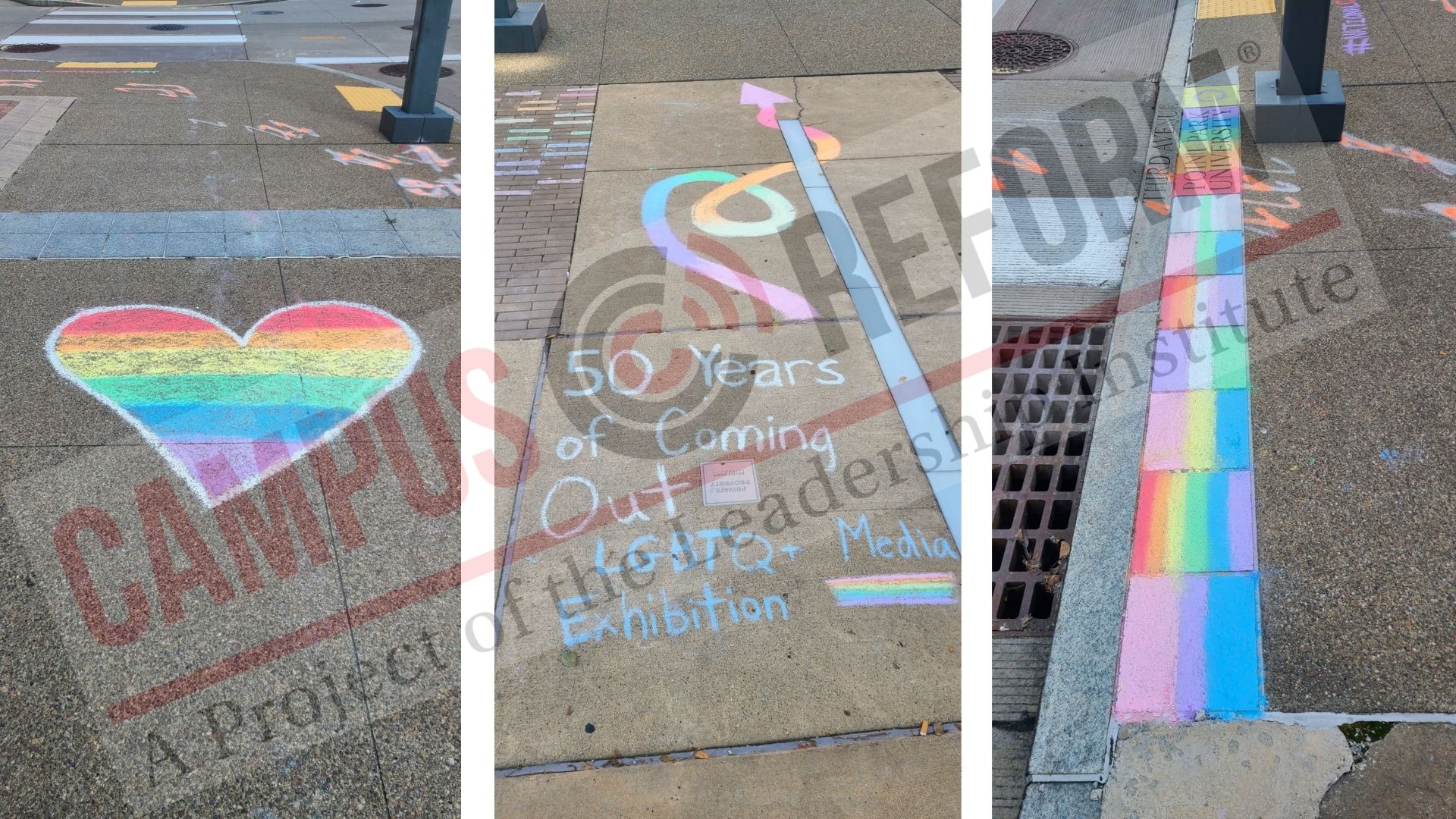 However, Tyler Hillard, a sophomore at PPU, does not think Corsaro’s viewpoint on chalking would actually be accepted completely across campus.

Hillard shared with Campus Reform his concerns about what would happen if conservative students wrote chalk messages on campus.

“Point Park and the majority of students would go crazy if someone wrote anything conservative on the sidewalk," Hillard said. "Because as you know, if they don’t believe it, it’s automatically not right.” 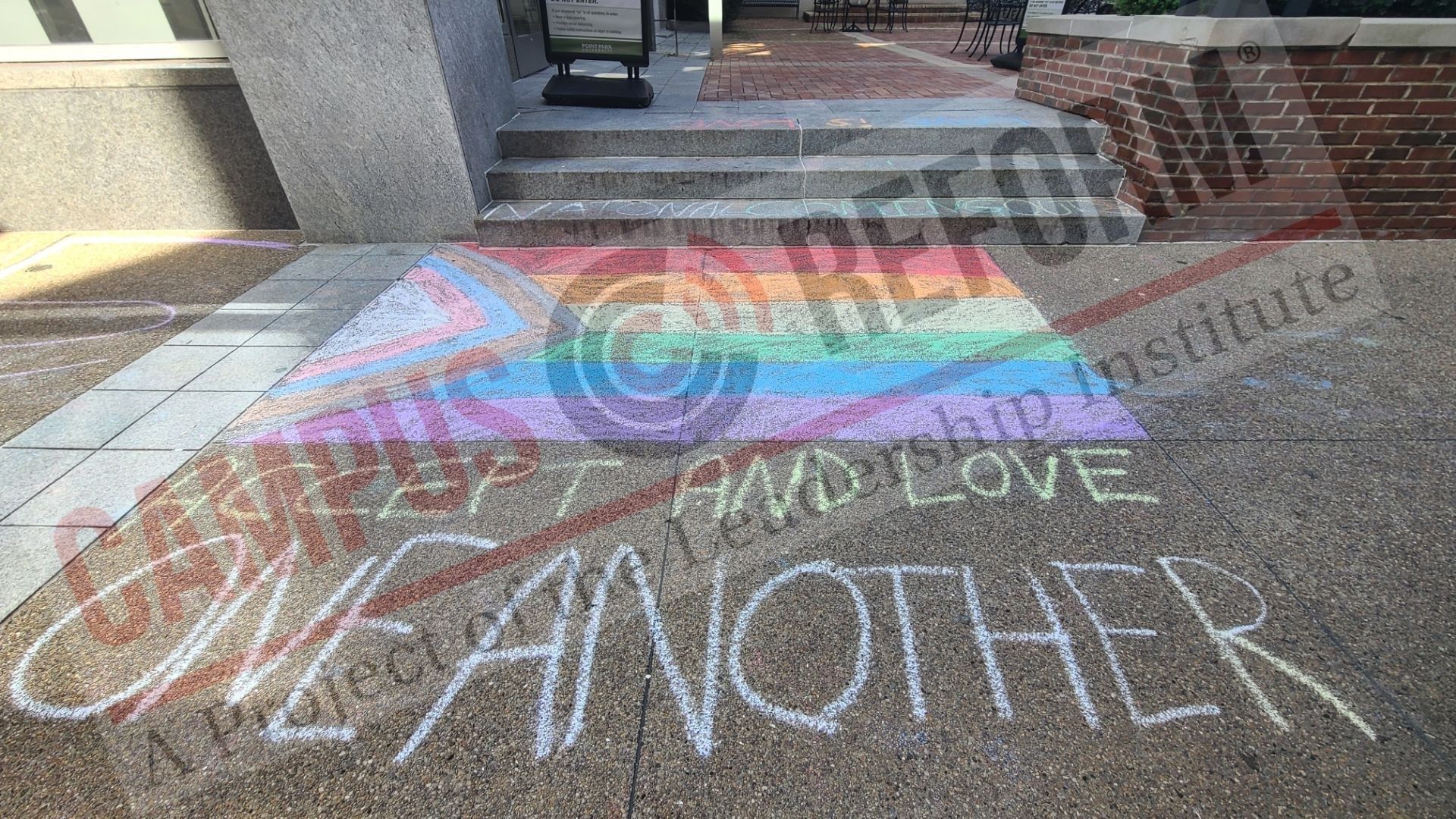 “I believe National Coming Out Day is something that should not be pushed onto people to be celebrated. Truthfully, I don’t care if you are gay but there is no reason to have to come out and push that onto people,” Hillard explained.

In response to PPU celebrating National Coming Out Day instead of Columbus Day, Hillard shared another concern of his.

“I feel like a national holiday such as Columbus Day should be honored by the university whether you celebrate it or not.” 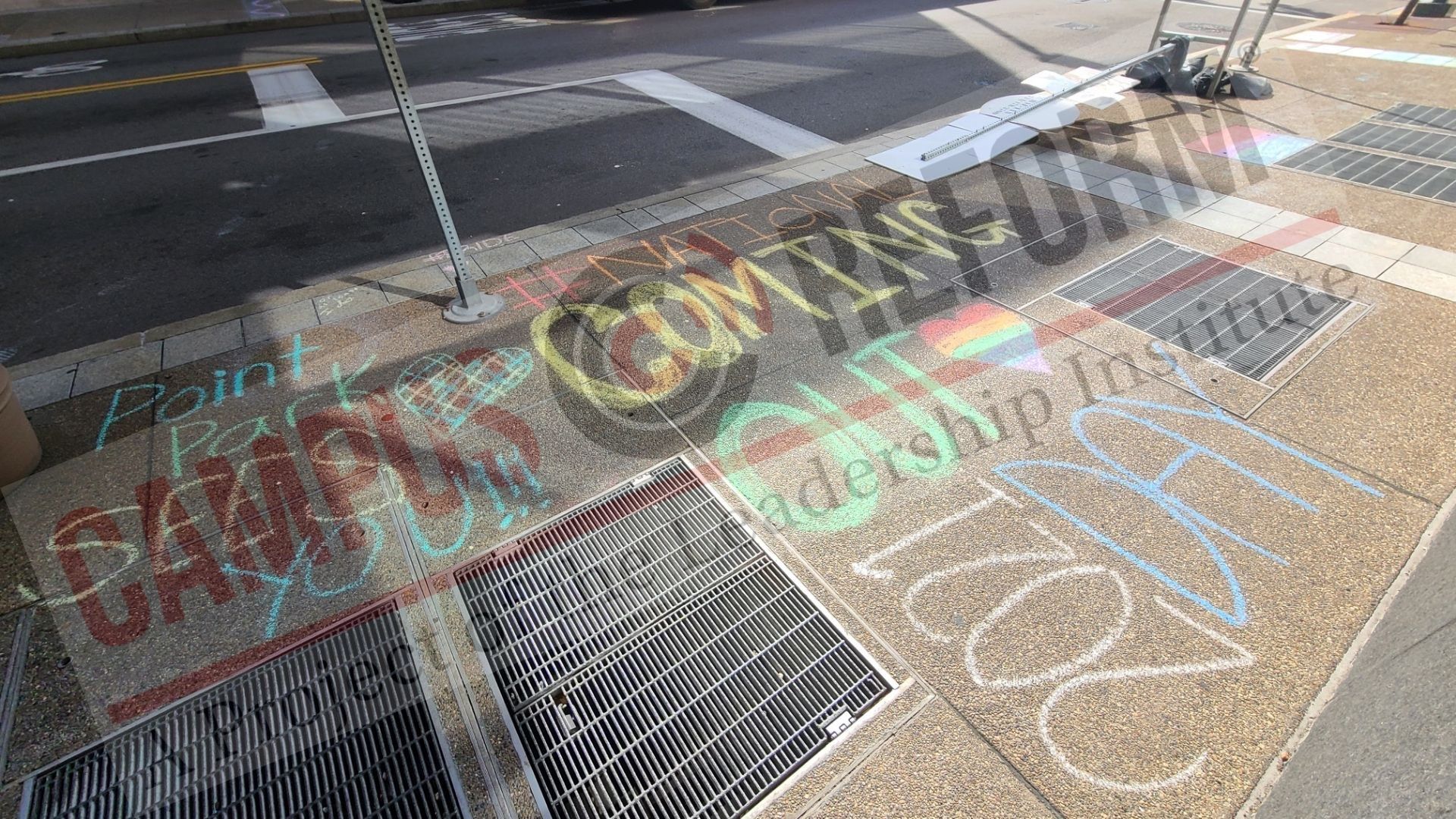 “You’d think at a campus where students preach so much for diversity and tolerance wouldn’t have a problem with other views being respectfully displayed," Hendley said at the time.

Speaking to Campus Reform recently about the pro-LGBT chalk messages at PPU, Hendley questioned if the left truly believes in the idea of 'acceptance' and "love," which were expressed in the National Coming Out Day chalk displays.

“It’s not surprising to me that their messages were left alone," Hendley said. “I just wish there wouldn’t be so much intolerance on campuses and that both groups were able to promote themselves peacefully and respectfully.”