The publication included several anti-Semitic terms, causing other members of YPA to publish the 'Response to the Resource on Palestine' in May 2022.

This is another example of anti-Semitism in higher education.

In August 2021, the Yale Postdoctoral Association's (YPA) 'Racial Justice Committee' published a “Resource on Palestine” on its website.

The publication included several anti-Semitic statements, causing other members of YPA to publish the “Response to the Resource on Palestine” in May 2022, which called on YPA to make changes to the original source.

The YPA sub-committee initially referred to Israeli citizens as colonizers, likened Israel’s treatment of Palestinians to apartheid in South Africa, and supported the boycott, divestment, and sanctions movement (BDS), an international campaign that, according to the 'Response to the Resource on Palestine,' aims “to isolate and pressure Israel until it ceases to exist.”

Members of YPA claimed that the resource contributed to instances of anti-Semitism across Yale University's campus, pointing to the fact that emails of the statement were shared by multiple faculty members, who created “an anti-Israeli sentiment on campus.”

Both YPA’s publication of the resource and the internal feud between members is just one example of the undercurrent of antisemitism on college campuses.

In February, for example, Campus Reform reported that University of Chicago students told their peers “not to take ‘S****Y ZIONIST CLASSES.” They did so just before Holocaust Remembrance day.

Then in May, Campus Reform discovered that Natalie Shclover, a Jewish student at the University of Connecticut, was denied a meeting with her university’s interim president to discuss her experience of anti-Semitism.

In May again, Ibtihaj Muhammad, the first American Olympian to wear a hijab, criticized Duke University for posting about its Jewish students’ Birthright trip to Israel on Instagram.

Commenters on the post accused Duke of "not car[ing] for its Palestinian students' emotional wellbeing" as well as accused the university of supporting apartheid. Within 24 hours, Duke University removed the post.

YPA’s “Response to the Resource on Palestine” summarizes that national trend well: “All across the states, we see acts of violence and hate against Jewish students, even in the most prestigious universities.”

Campus Reform contacted all parties mentioned and asked YPA to explain why it took nearly a year to make corrections to the original statement. This article will be updated accordingly. 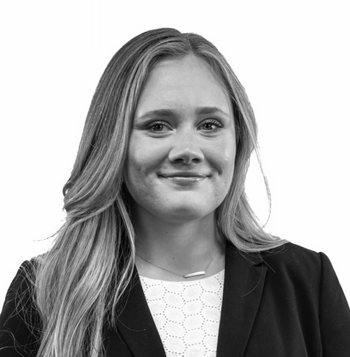 Lydia Mackey is a political science student at Anderson University in South Carolina. On campus she is a student government senator and works with administration to change school policies that prohibit political clubs on campus. She is the Leadership Institute development intern in the summer 2022 class. After graduating in May 2023, she hopes to work in events for a campaign or political non-profit.

Jared Gould serves as News Editor at Campus Reform. Prior to joining our team, Jared worked with former Governor Phil Bryant at Bryant Songy Snell Global Partners, a private government relations and business consulting firm in Ridgeland, Mississippi. He also previously worked in the Office of Governor Phil Bryant and The Faith & Politics Institute in Washington, D.C. He is a graduate of the University of Southern Mississippi.